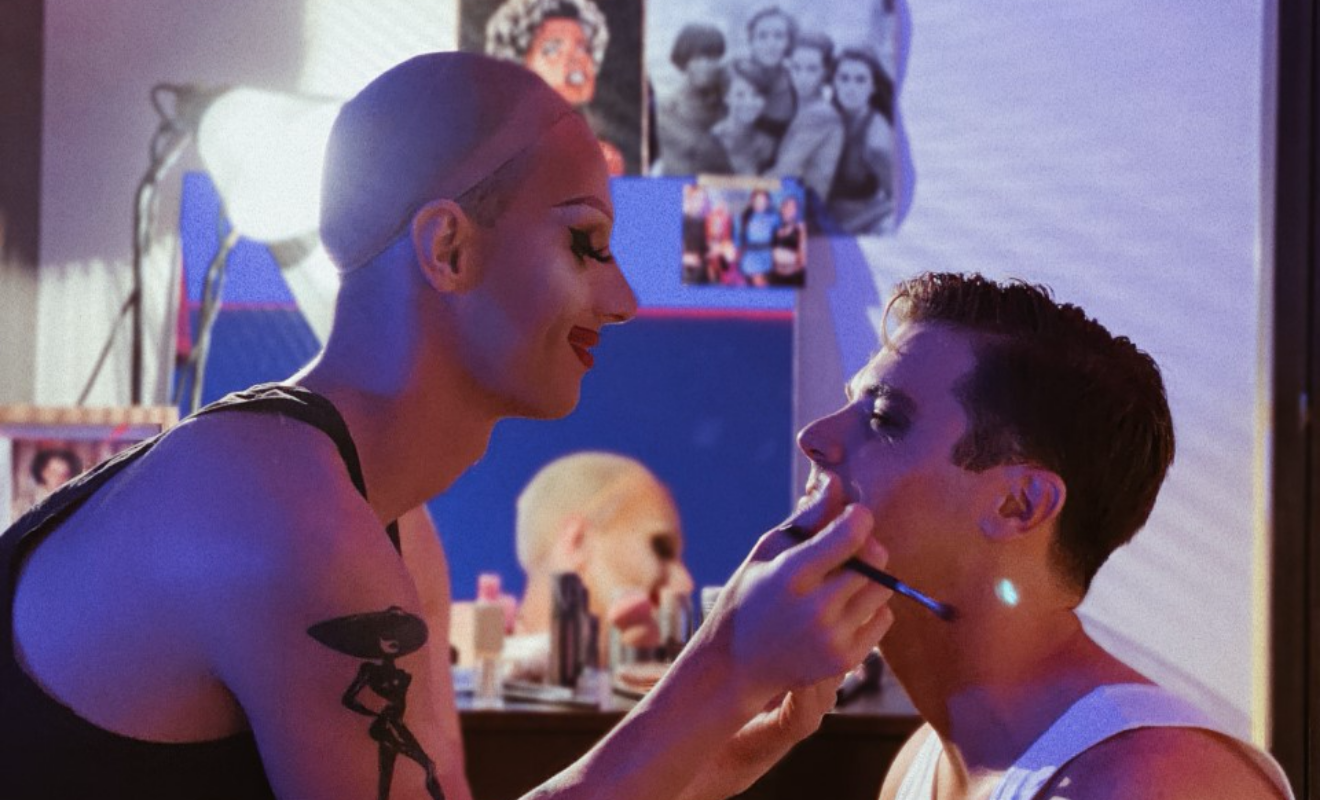 Behind the spotlight’s glare, the wigs, flawless make-up or the pulsing beats from the DJ, there is a person, a performer, with a story to tell.

Jesse D’Vauz, a dancer and film maker from Perth, has written a series that gives a glimpse into this other world. Centred around Blair (Jacob Darby), the series shows the intimate and tender moments hidden away from public view.

“Blair is a former child star and Freddie Mercury impersonator who is introduced to queer nightlife by a drag queen named Scarlet,” D’Vauz tells DNA.

In one scene, Scarlet, played by drag queen Scarlet Adams (Anthony Price) shares with Blair her vulnerability even under a blinding spotlight.

“That spotlight, never actually stops shining. Even if it blinds you,” Scarlet tells Blair, “We’re all fucked up in some kind of way but standing underneath that disco ball with those massive reflections from those tiny little mirrors, we all just have that twink inside of us who just wants to dance.”

D’Vauz tells DNA of his desire to portray queer nightlife in a way that went beyond perceptions that it’s one big RuPaul’s Drag Race.

“There’s a community of performers that has its politics, arguments, relationships, gender identities all of which are brought out in the performance,” D’Vauz said.

As a dancer with his twin brother Jermaine, he’s experienced first-hand what happens behind the scenes. As covid dried up dancing gigs, D’Vauz used the time to write the series and pull together two episodes and a trailer to pitch for funding.

D’Vauz and his brother are both behind the creative project – the first of its type for both of them. D’Vauz said while it’s filmed in Perth he wanted it to be universal, showing the global nature of the queer community.

“It’s loosely based on Connections, a Perth nightclub and possibly one of the longest running nightclubs in the Southern Hemisphere,” D’Vauz said.

The series introduces all the characters who collectively make up the rich and vibrant queer nightlife that for many is a release.

“The drag queens, the drag kings and the DJs, they’re the orchestrators of queer nightlife,” D’Vauz adds.

D’Vauz continues to work on the project as he seeks funding to complete production. For updates follow him on Instagram.

Watch the trailer and second scene below.