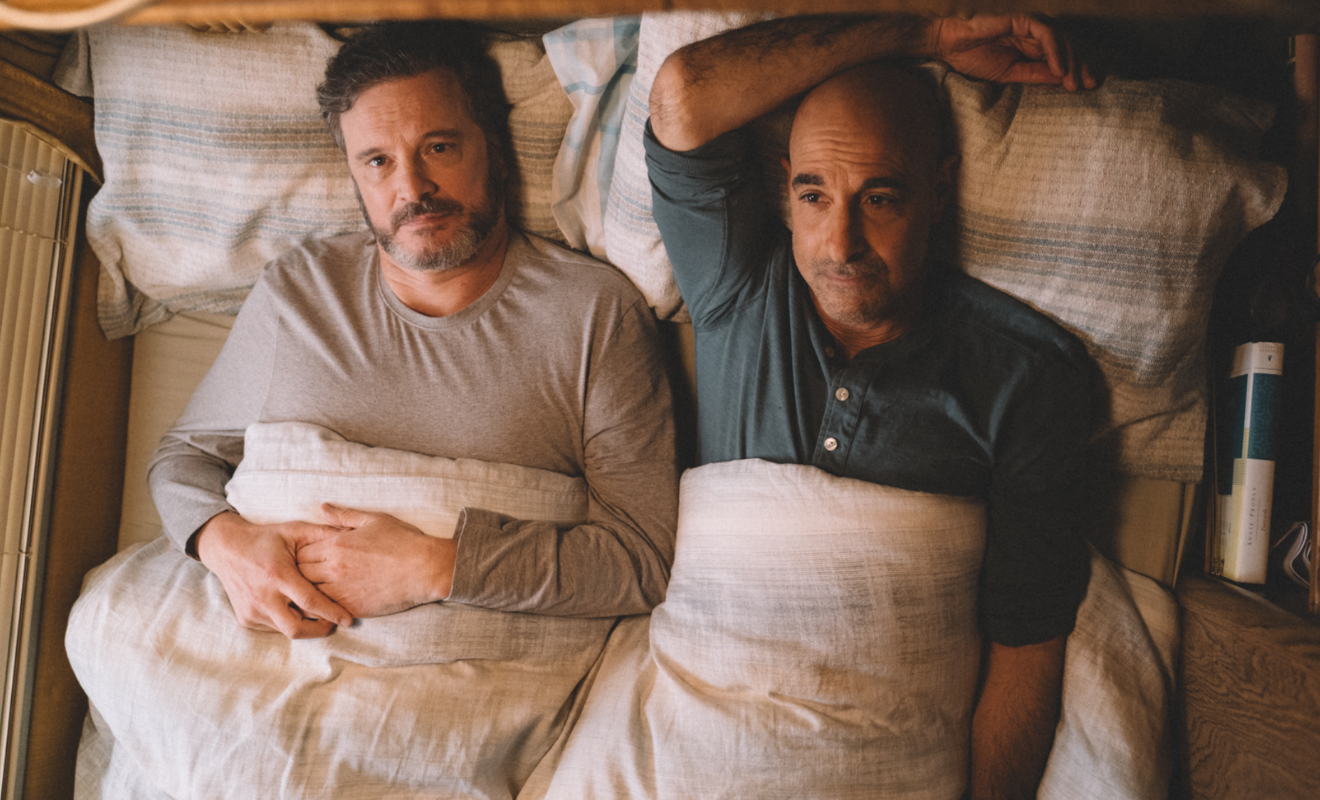 This beautiful film suggests that sometimes the best way to hang on is to let go.

After an early festival release internationally, Supernova is finally opening in cinemas.

It’s been highly anticipated, equally for the promise of its two stars, Colin Firth and Stanley Tucci, as much as the fact that covid delays have meant so few decent films have actually made it to theatres.

In short, Supernova is stunning. These two great actors at their peak and a sensitive script by emerging writer-director Harry Macqueen (he was an actor on UK drama EastEnders, his breakout film as writer-director was Hinterland) deliver a sobering story about dementia. Never an easy watch.

The fact that it is a gay couple dealing with the devastating condition demonstrates that often-denied reality that we are, in every way, normal. Like everyone else, we are susceptibility to disease and pain. Would that we were not so normal.

But that’s the truth of it and though you’ll be tempted to pull back from where the film is obviously going, you’re in safe hands.

Firth plays a musician, Tucci a novelist. Tucci is struggling with his latest book, which Firth, his partner of 20 years, discovers when he flicks through his notebook and sees his husband’s notes have become meaningless scribbles. Fearfully, he plays back a tape of Tucci’s private notes, setting in motion the devastating third act.

The couple are on a road trip via a family stop-off on their way to Firth’s concert date. The final close-ups of Firth playing the piano on stage to an unseen audience are heartbreaking.

Firth and Tucci have been good friends for many years, one reason Macqueen wanted to cast them. Early in production they suggested that they swap roles, and Macqueen let them. And it’s probably a better film for it.

Much has been made recently of the need for gay roles to be played by gay actors. There’s certainly a place for that but Firth and Tucci, both straight, have previously played gay convincingly. Tucci was unforgettable as Miranda Priestley’s art director in The Devil Wears Prada and as Cher’s long-time gay friend in Burlesque; Firth was nominated for an Oscar for playing an English professor grieving his boyfriend in A Single Man, and he was the gay dad in the Mamma Mia! films.

“We’re always stepping into someone else’s lived experience,” says Tucci. “I’ve never embarked on a role where I haven’t thought, ‘How dare you! Who the hell are you to think you can know anything about this person’s world or what this person lives through?’ It always starts off as a terrible sort of presumption.”

Which brings us to the film’s title. It’s a clumsy metaphor, but the actors rescue it and imbue it with gentle pathos. Love burns its brightest just before it burns itself out.

In Russia, at least one scene depicting the characters trying to have sex after intense dialogue has been removed from the film, The Moscow Times reports.

World Pictures, the film’s Russian distributor, cut the scene due to concerns theatres would not screen Supernova and it may spark controversy due to “excesses,” according to critic Konstantin Kropotkin. These fears are grounded in Russia’s “gay propaganda” law, which prohibits LGBTQIA+ visibility in venues accessible to children. This law has been used to penalise people and productions for a broad and often vague range of violations.