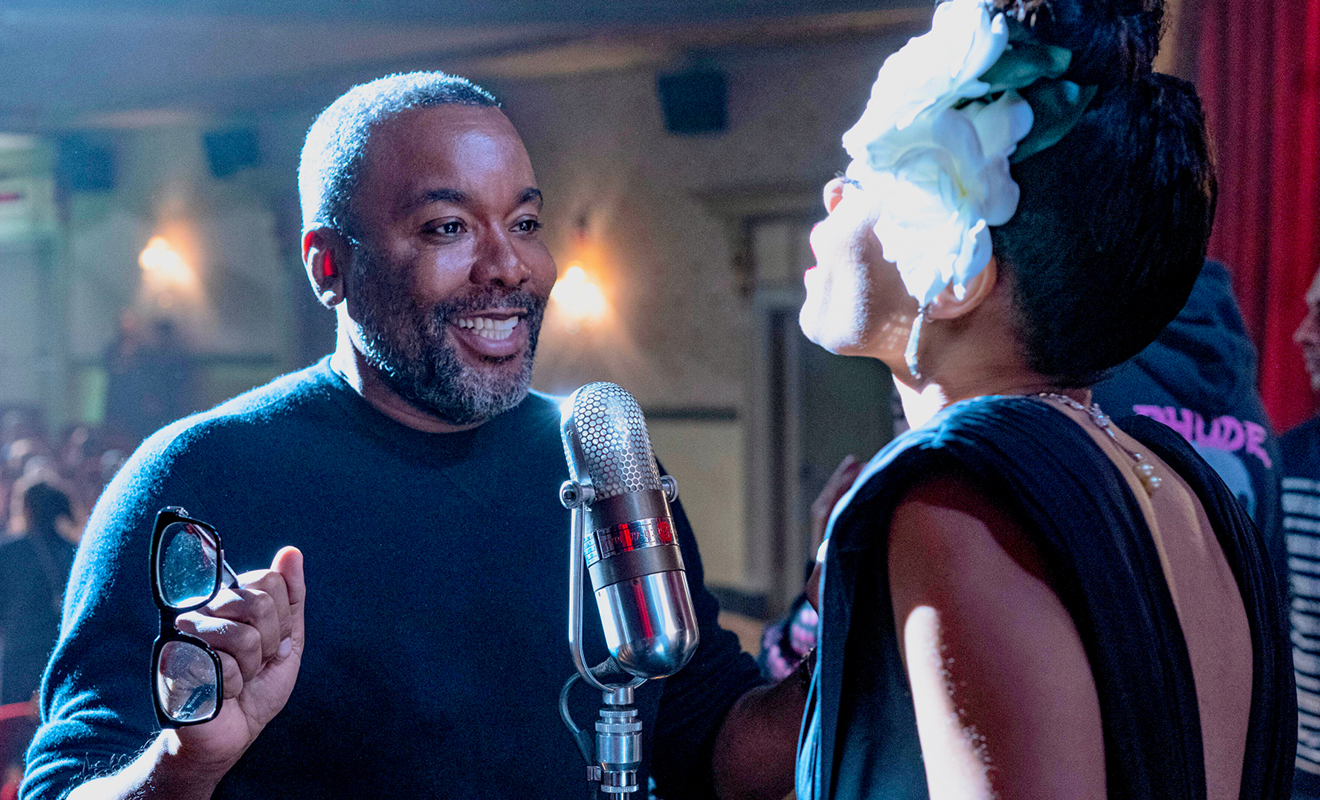 Lady Sings The Blues was the much-awarded 1972 film about jazz-blues singer Billie Holiday with Diana Ross in the leading role.

The only thing missing was the story of the most important song of Holiday’s career, Strange Fruit, a vicious indictment of the lynching of black people in the USA.

“I didn’t know what Strange Fruit meant when I was a teenager,” director Lee Daniels tells DNA via Skype from his home in Los Angeles. “Not till 50 years later when I re-listened to it and went what the fuck is this? It’s not a beautiful song. It’s an ugly song that makes you want to get up and do something.”

And he did. He’s just filmed Billie Holiday’s story – the whole story this time, not just the drink and drugs, but how the US government did everything it could to make her stop singing the song, including throwing her in jail for a year.

It was inciting “racial hatred”, they claimed. Think about that.

Daniels sees in Billie Holiday the same dedication to living her own truth just the way he’s learnt over the years. “I have to, I’ve come too far, I’ve seen too many people die, I know too many suicide deaths of gays,” he said.

His first opposition was his own father, who threw a young Daniels into a rubbish bin for being gay.

He learned to love his father, though it took 20 years. He admits his father’s fears for him were well-based. Life has been hard, and being black and gay is the double-whammy.

Holding nothing back in the interview with DNA, he talks about his experiences with systemic racism and entrenched homophobia in Hollywood, and the ways in which it is sometimes hidden just below the surface.

His career includes the hard-hitting films Monster’s Ball, Precious and The Butler but he says making The United States vs Billie Holiday is the hardest thing he’s ever done.

“For many reasons. It was hard for me as a struggling addict. I understand Billie, I understand her pain. I understand what it’s like to be a black artist coming from a dark place. People don’t understand that addicts are just trying to heal ourselves.

Actress Andra Day is in the lead role as Billie Holiday and has been nominated for Best Actress at the Academy Awards and was the winner for Best Actress in a Motion Picture – Drama at this year’s Golden Globe’s.

The United States vs Billie Holiday is in cinemas on Thursday, April 22.