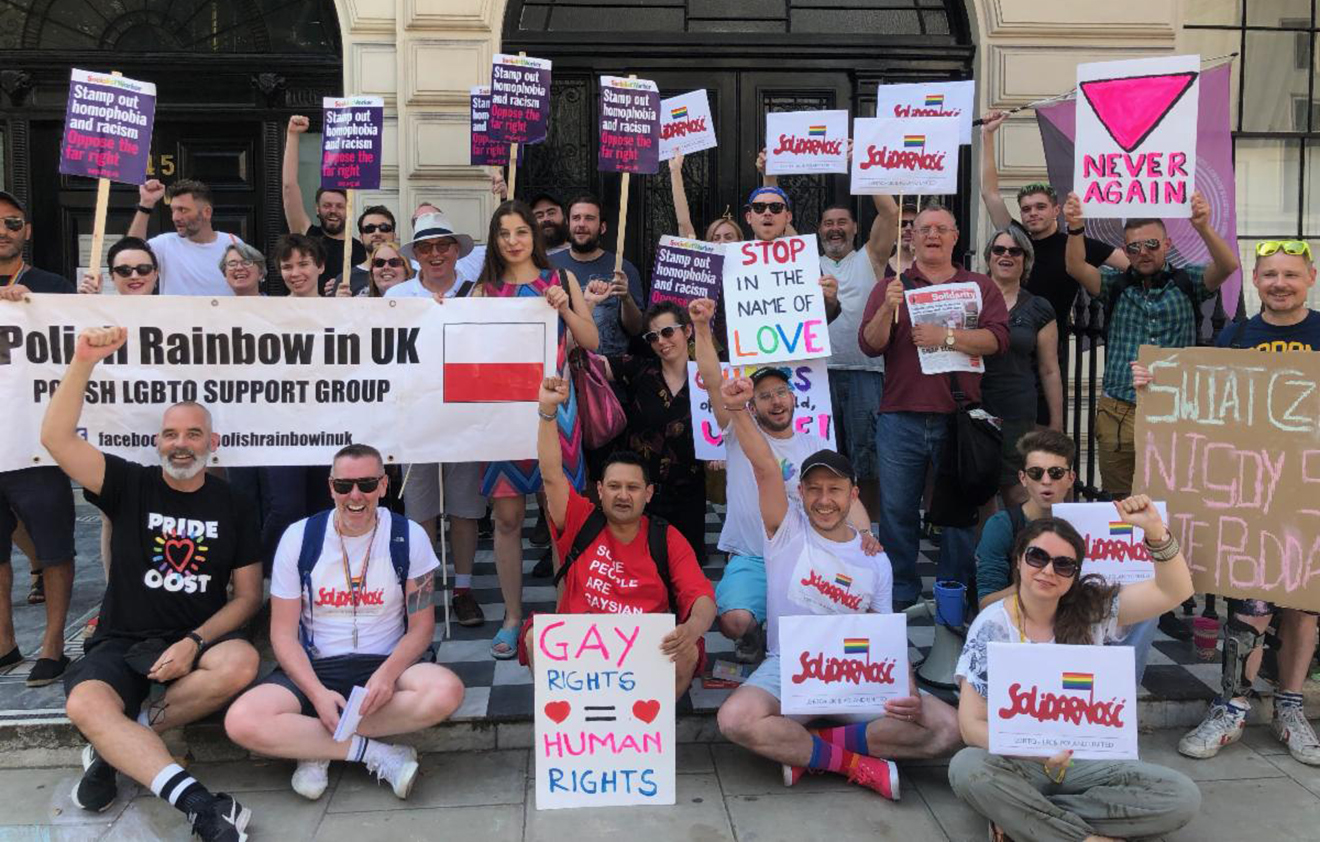 Supplied by the Peter Tatchell Foundation

Peter Tatchell of the human rights group, the Peter Tatchell Foundation, attended the vigil and said the community stood with the Polish LGBTIQ community.

“It is under sustained attack by the right-wing government, Catholic Church and far-right extremists,” Tatchell said.

“There have been violent attacks on Pride parades and ‘LGBT-free zone’ stickers have flooded the country. Already 30 towns, cities and provinces have declared themselves to ‘LGBT ideology-free.’ Schools that introduced LGBT-inclusive lessons were forced to cancel them on the orders of the education minister. The leader of the ruling party has warned that LGBT+ people are an ‘attack on the family and children’ and a ‘threat to Polish identity, to our nation, to its existence and thus to the Polish state’.

According to the Archbishop of Krakow, a “rainbow plague” is sweeping across Poland. In this toxic atmosphere, opinion polls show that public acceptance of LGBT+ people is declining.

“We urge the Polish government to respect the human rights of its LGBT+ citizens, in accordance with the equality and non-discrimination clauses of the Polish constitution and the European Convention on Human Rights, which Poland has signed and pledged to uphold. If the Polish government refuses to do so, the EU should apply sanctions on its political leaders. There should be no tolerance of intolerance,” Tatchell said.

The Polish ruling Law And Justice (PiS) party has been increasingly encouraging violence against the country’s LGBTIQ community ahead of the national election in October.

The party is making hostility toward the LGBTIQ community a central focus of its campaign and depicts gay rights as a dangerous foreign idea that undermines traditional values.