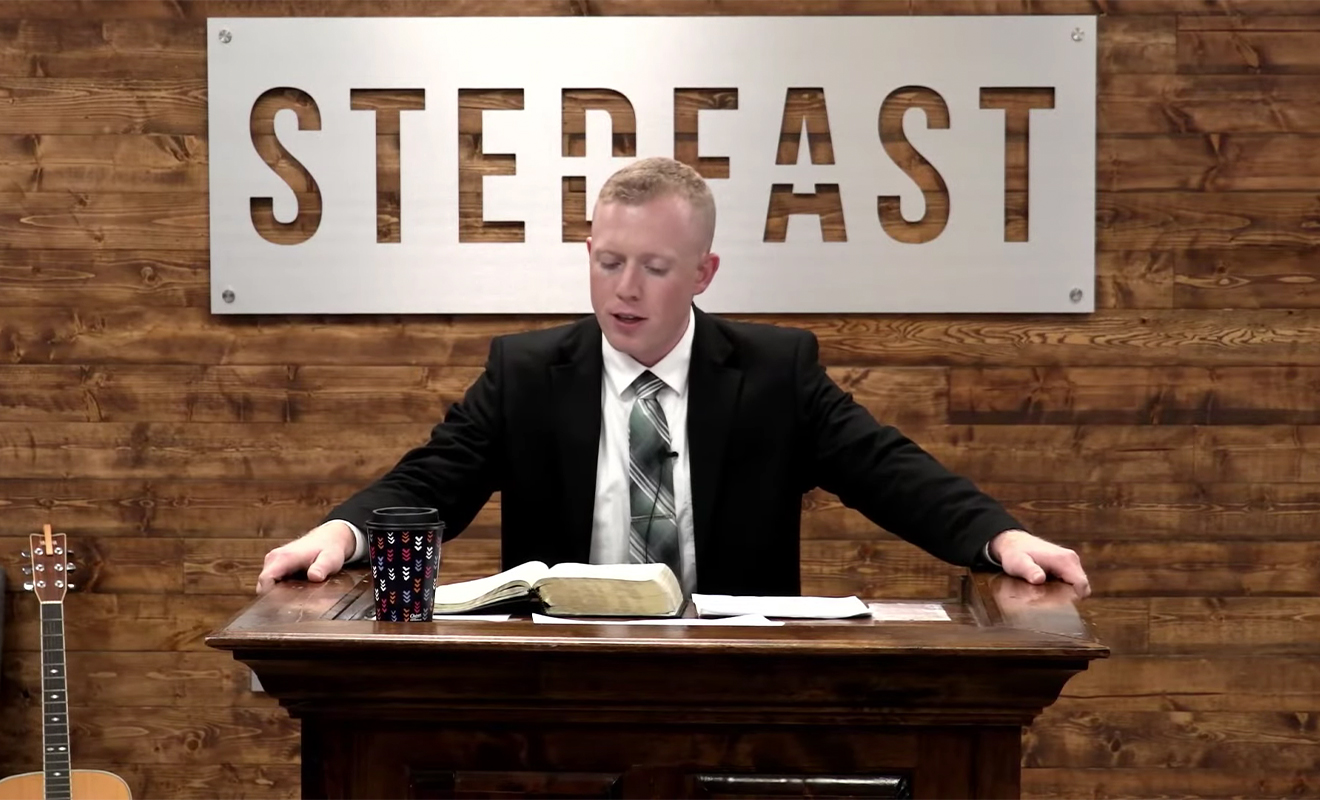 Warning: this story may cause distress.

Dillon Awes of the Stedfast Baptist Church delivered a sermon that called for violent actions against the LGBTQIA+ community. The sermon is entitled Why We Won’t Shut Up and Awes called for governmental execution of gay men, reports Advocate.

It can be difficult and unnecessarily confronting to listen to the kind of hate in Dillon Awes’ speech; but during our tumultuous milieu, dangerous and potentially persuasive viewpoints like this are important to confront.

According to Advocate, the Stedfast Baptist Church has been identified as a hate-group by the Southern Poverty Law Center and if Awes’ comments are anything to go by, that definition is not inaccurate. During his sermon, Awes says, “We need to put these people to death through the proper channels of the government.”

Despite Jesus never calling for mass violence or discrimination, individuals like Awes and the Stedfast Baptist congregation interpret Christian values to be something that inspires hatred. Members of this church have called for violence in the past and are currently picketing Pride and organisations supporting Pride.

Christianity has the potential to promote so much love and acceptance, but when it’s twisted to build a platform for such aggression does it even resemble the original meanings anymore?

The US is experiencing a period of deep-rooted division with factions on either side of the political spectrum fiercely defending their positions. The pernicious badgering of minority groups rallies conservatives and too often LGBTQIA+ people are the victims.

Comments calling for the institutionalised execution of gay people is not a new phenomenon. It would actually be rather a return to a harsher time in history. This is an essential tenet of hate-speech like the kind Awes promotes; a belief that “tradition” has been replaced by deviancy.

Relating LGBTQIA+ people to sin is a clever way for right-wing groups to drive marginalisation. Despite the backlash against Stedfast Baptist Church and Awes, there are people who would listen to their misguided dogma and be inspired to commit the kind of violence they advocate.

The Stedfast Baptist Church isn’t associated with a larger Baptist congregation and have not adopted the ecumenicalism of mainstream Christian churches. This independence has given them the space to interpret faith in their own vitriolic way and, although they caution people not to take matters into their own hands, they are aiming people towards LGBTQIA+ groups with the message that they’re existence is wrong, reports Advocate.

If an impressionable individual does take matters into their own hands and undertakes a violent act against gay people, will Awes and the Stedfast Baptist Church take responsibility for their influence?