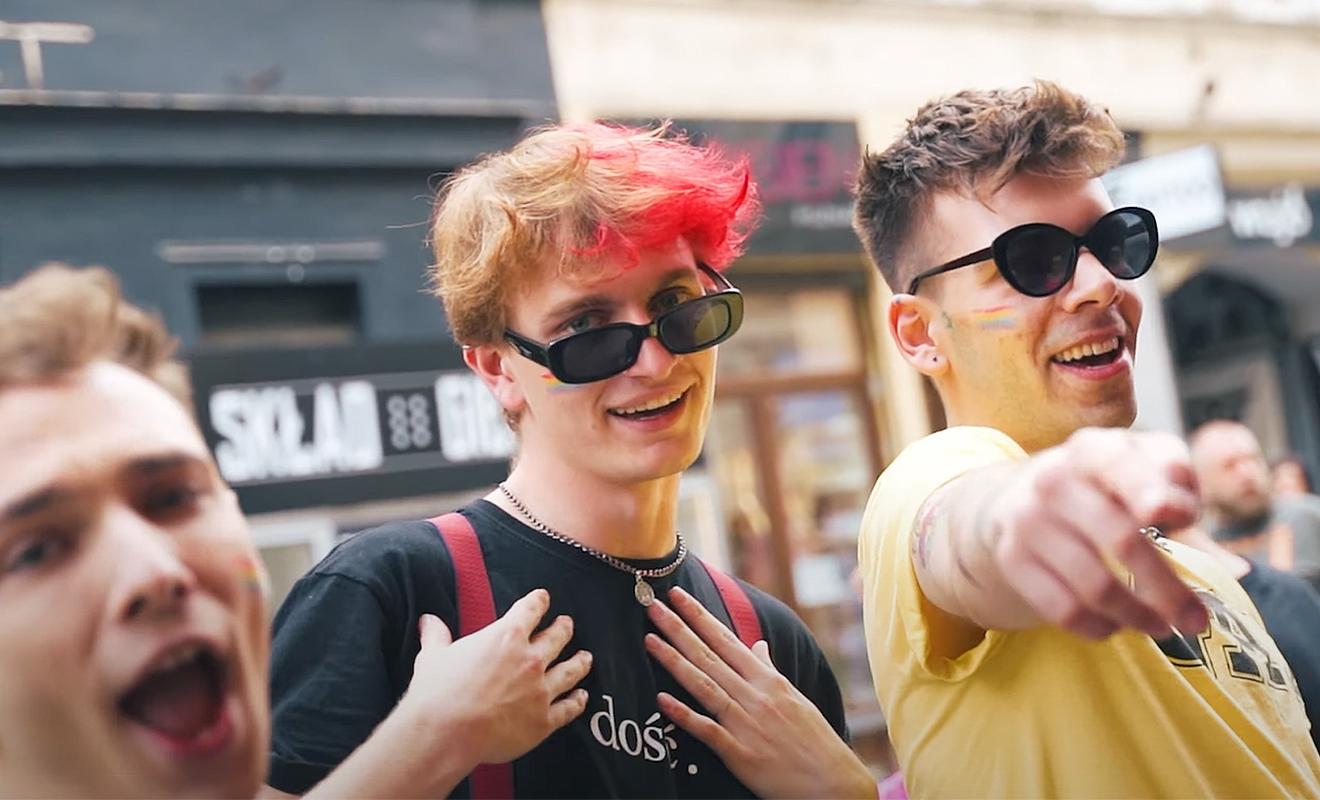 (from Perfect Together video)

Poland has a chequered history with queer rights. Activists across the country have fought to secure the right to celebrate Pride with the rest of the world. Pride Week this year was celebrated in Poznan with the LGBTQIA+ advocacy organisation The Stonewall Group, with HAH Records, releasing Perfect Together written by Matthew F to promote the celebrations.

A HARD-WON BATTLE FOR PRIDE

Poland received widespread, international backlash after it was revealed in 2019 that the government permitted local authorities to label their regions as “LGBT Free Zones“. These territories made it clear that gay people were not welcome and actively oppressed their right to express themselves.

Since then, activist organisations like Atlas Of Hate and The Stonewall Group have been working tirelessly to raise awareness of the anti-LGBTQIA+ sentiment in Poland and eliminate prejudice. On Tuesday, June 28, a Polish court ordered that LGBT-free zones in four municipalities must be scrapped marking a big win for activists, reports Reuters.

The city of Poznan has been hosting Pride celebrations in Poland for years with this year marking the 18th celebration. Saturday, July 2 is when Poznan is scheduled to have its annual Pride march and showcase the incredible progress the country is making.

In Perfect Together, a series of diverse couples are shown waking up together and preparing for Pride; they hold hands and kiss and dance in public in a display that would not have typically been welcome in Poland a few years back.

According to New York Post, Ukraine’s Pride march was held on Saturday, June 25 in Warsaw Poland. The event was held in Poland due to Kyiv being unsafe to march in. The distance that Polish authorities have come from barring LGBTQIA+ people in some regions to opening doors for the Ukrainian queer community to celebrate shows a great deal of progress.

There is still progress to be made, as can be said for any Western nation; but despite Poland needing to legalise gay marriage, gay adoptions and create blanket protections for the LGBTQIA+ community, hosting Pride events is a good indicator.

For now, Perfect Together appears to be a great anthem for Poznan’s upcoming Pride.