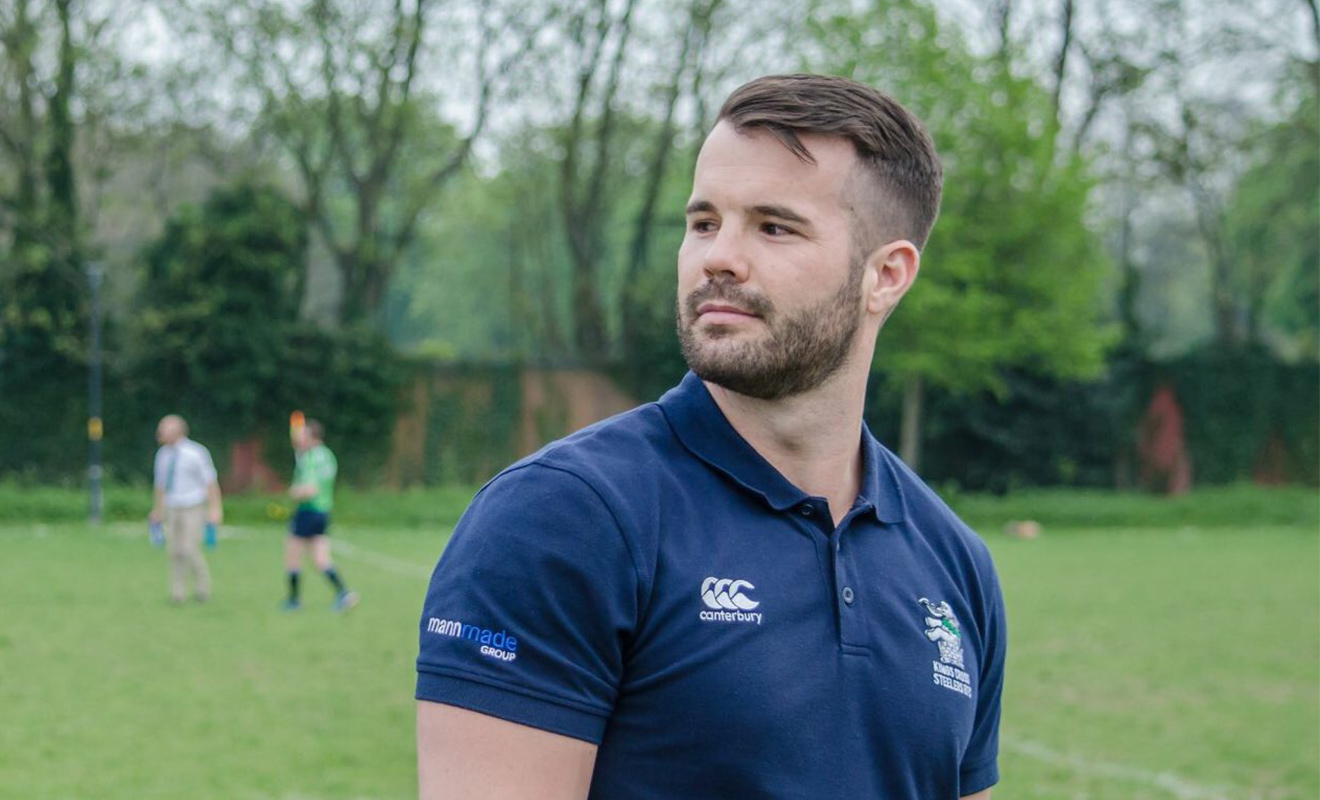 A quick look over Simon Dunn’s Instagram profile is like viewing a man in his prime living the dream. Gorgeous looks, body we’d all love to have, or at least get up close and personal with, and up until a year ago living in London with his partner and going to celebrity parties. Then along comes a post that shatters that image, Simon’s got his shirt off but instead of abs we see him out of condition and holding a beer can on the rugby field with a heartfelt message to say he’s human.

Speaking to DNA, Simon was initially reluctant to share his story especially as he felt he’d let down people who’d supported him for years and the LGBTIQ community when he failed in his bid to qualify for the Olympics.

He did, however, want to talk about the mental health and depression experienced by many in the LGBTIQ community.

Simon represented Australia at international bobsled competitions and trained in Canada before moving to London where he rubbed shoulders with celebrities, lived with his partner and ran a successful business. Then life dealt him setbacks that saw him return to Australia, living in his mum’s spare room in a regional NSW town with his suitcase holding all his possessions.

It was a hard fall back to earth leaving Simon wondering what happened.

“31-year-old man having to ask your mum for money to get food,” Simon said reflecting on the swift turnaround from success to having to return home.

Finding himself in a place where he had no job, no money and no support group of friends and partner, Simon began to slip into depression and anxiety. He knew something was wrong when he lost his motivation to hit the gym. Previously he’d spend six hours at the gym six days a week to prepare himself for competitive sport. He withdrew from his partner only talking on the phone rather than Skyping and he began to experience anxiety something he’d never felt before.

“I’d go to Sydney on the weekends just to get away, but the train rides back were like “Fuck, what did I do wrong? What opportunity did I not take that I should have in London or when competing?” Simon said.

He’s not alone, according to the National LGBTI Health Alliance around 30 percent of the LGBTIQ community have experienced depression in the last three years. The Australian Men’s Health Forum reports on average eight Australians take their lives each day and of those six are men.

Statistics released by the Australian Bureau of Statistics reveal a darker picture, showing suicide is on the rise with 10 percent more men taking their lives in 2017 than the previous year.

Lucky for Simon he was able to recognise the signs and that he needed help, so he reached out to a doctor who had a frank conversation. He told him to go back to the gym, move back to Sydney, get back into work as a personal trainer, and let life fall back into place.

Rather than take medication, which wouldn’t have worked for Simon in his situation, he took the advice and began to turn his life around. He moved back to Sydney and set himself up in an apartment, went back to the gym, set up a new business as a personal trainer, and reconnected with his friends and the LGBTIQ community.

This however took some resilience as plans fell through and Simon found himself crying most nights and then social media dealt him some blows as he’d see photos and memories from the year before of him attending parties in London. He, however, stuck with his plans and things turned around and within a few weeks he was pulling himself out of his emotional hole.

“Although I still have my down days,” Simon said when talking about the move back. A few months later he decided to post a photo of him on the rugby field as a motivating force to prove that social media is not all smiles, parties and international destinations.

“The photo was a few months old, taken during my first game back rugby and first few weeks in Sydney so it wasn’t much past my low point.” Simon said when reflecting on the post. “I didn’t want to post it but wanted I wanted show it’s not always fairy tales, parties and abs. Life has its ups and downs.

Simon said people assume he’s had an amazing four years and while he’s had some amazing experiences there were low points as well.

“I always want to be honest online. So I’ve posted my struggles in sport, spoken up about what’s going on in my life, doing a live HIV test to stop this idea of sugar-coating everything and perpetuating the negative aspects of social media,” Simon said.

The response to his post was remarkable, Simon said it sparked 100s of comments with only 15 negative ones. The overwhelming comment was that people were grateful to him for showing that he was human and had struggled with depression like others.

Simon said there is pressure on men, particularly in Australia, to be tough and unemotional.

“Men get pressure to look perfect. Australia is a hyper-masculine society so any kind of emotion from a man is a weakness but the statistics on male depression and suicide, we’ve got a problem,” Simon said.

Simon also said mental health carried a stigma or could be ignored even by the person going through it.

“When I got back it was the first time I’d seen the doctor for something that wasn’t physical since I was 18,” Simon said.

Today, Simon is through the darkest time but he’s grateful for the experience in that it’s built his resilience and has taught himself how to manage depression.