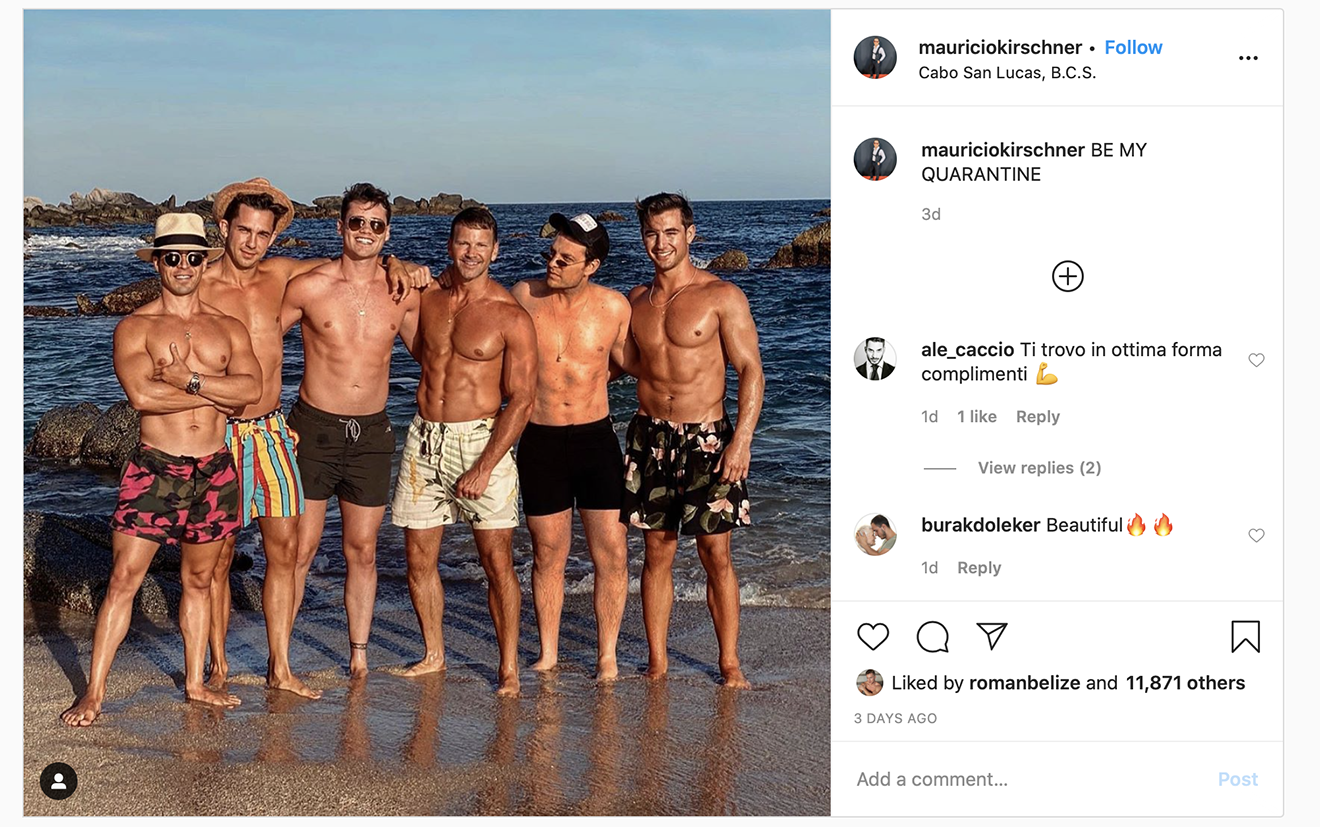 Speaking to DNA, Mauricio Kirschner, who is currently quarantining with former US congressmen Aaron Schock in Mexico, responded to public criticism of his recent Instagram post.

In the post, Kirschner and a group of bare-chested friends are hugging on the beach in Mexico despite the country’s suspension of private and public gatherings.

Kirschner told DNA, however, he and the others have been living at the villa with a private beach for the past six weeks and had not seen anyone else during this time.

“We’ve been here in lockdown for more than six weeks. This is our quarantine, so we will not move from this place in at least two months when everything is calmer of course,” Kirschner said.

“We are doing social distancing, we have not had contact with anyone else in six weeks and we are not planning on it in the next months,” Kirschner added.

When asked about the criticism of the post, Kirschner said he understood the concern but none in the group had travelled to the villa in the last week.

“All of us are fine and we took it in the best way. We understand it looks like we flew there this weekend,” Kirschner said.

He added thought the post was appropriate as it reflected the different lives people lead.

“[It reflects] a different situation and a different reality. I have friends that are at beautiful places because that’s the place they are now, and I don’t sense anything bad when they post but others get offended. I think everyone it’s free to feel or do whatever they want,” Kirschner said.