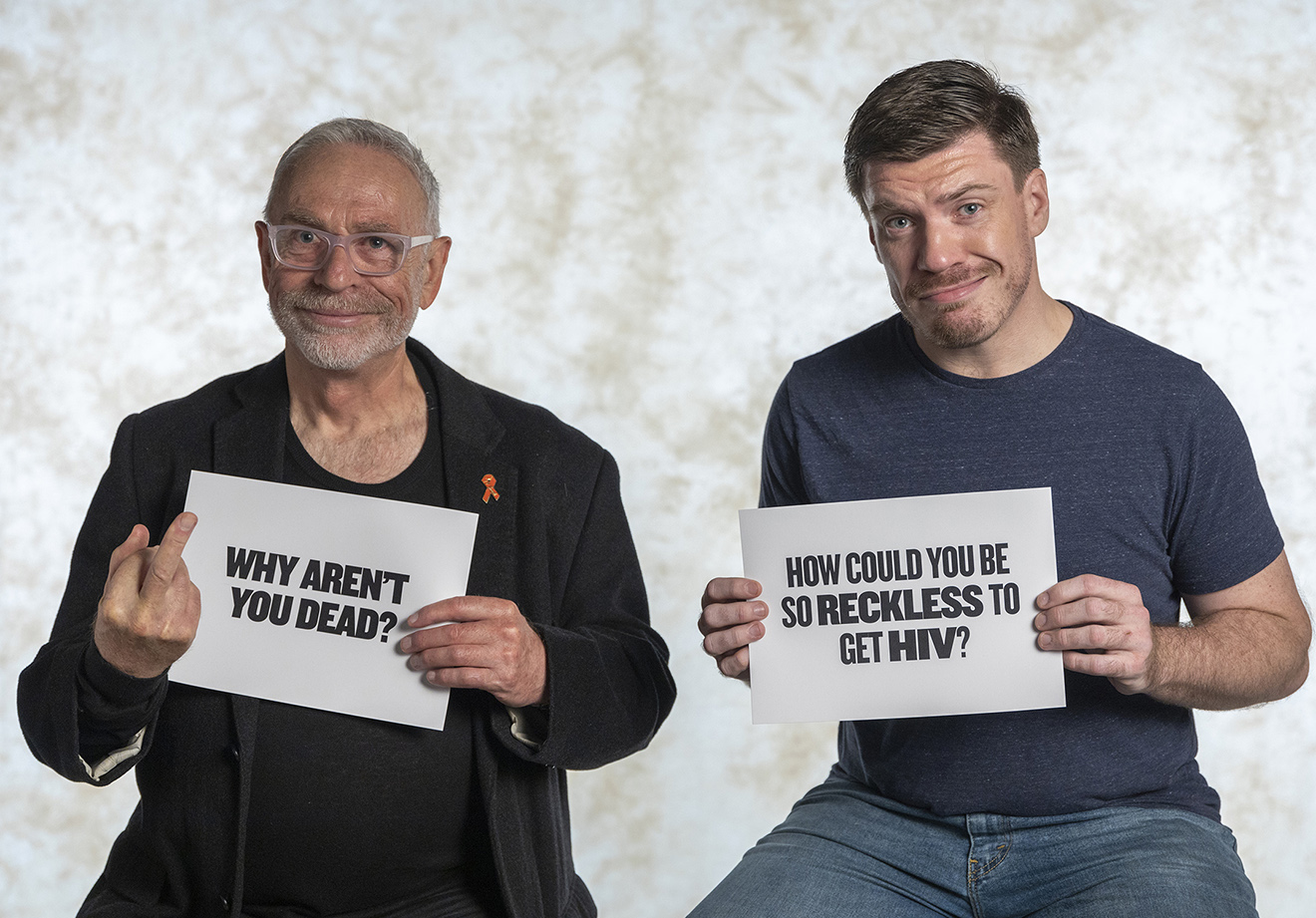 On Wednesday night the Australian Broadcasting Corporation (ABC) aired a diverse group of Australians who spoke about living with HIV on You Can’t Ask That.

The group of gay men, straight women, and a trans woman spoke of varied paths that led them to a life with HIV, but all spoke of common themes around stigma and coming to terms with the disease, which is no longer a death sentence.

One, David, spoke of the heartbreak of visiting friends dying of AIDS in hospital.

David was also told he would die, but he was determined to survive and help so he signed up to medical trials.

“I made this determination to do anything I could to help medical science find out as much as they could about HIV,” he said.

“And the side effects of all these drug trials in the beginning, they were so toxic, so nasty, so horrible. I was constantly sick.”

David participated in a total of 28 medical trials. They left him partially deaf, and with a rare brain disease that will eventually kill him.

“All these trials… they’ve all led to the research that’s brought us to where we are today. So I have contributed,” he said.

Michael a gay Indigenous man in Far North Queensland, spoke of his naivety of sexual health and being in love with the partner who unknowingly gave him HIV. He too decided to do something, and now educates his community that fears the disease.

“From what I have witnessed in the indigenous community, people are frightened, they still think it’s a death sentence,” Michael said.

Michael also spoke of the experience telling his mum, who despite her grief told him “she was so proud” of the work he was doing in the community.

The group was also asked whether people still wanted to have sex with them, which was an opportunity for them to talk about the stigma attached to HIV.

Angela, recalled a moment when she’d met a man via a newspaper dating ad who “literally ran down the street” after she told him she was HIV+.

Gay man, Aashvin, said he was celibate because, “it’s kinda exhausting when you have to disclose to somebody and then have to support them through getting the right information, so they know that you’re not infectious, and by then I’ve lost my hard-on.”

Andy, a gay man described experiences of using dating apps and saying no to sex where the retaliation has been a message saying, “You’re filthy with AIDS” right before they block him.

The stigma that people with HIV+ are “dirty” was raised with David commenting on the need for people to know their status.

“And I am going to ask you, when did you last test for HIV? Do you know your status?”

They spoke that once the virus is suppressed, it was impossible to pass it on to others.

Ending the show, the group spoke about coming to terms with the disease with one saying, “You find the courage and the strength to say ‘this can’t be the end.’”

The full episode of You can’t ask that: HIV Positive can be viewed on ABC iView or YouTube.