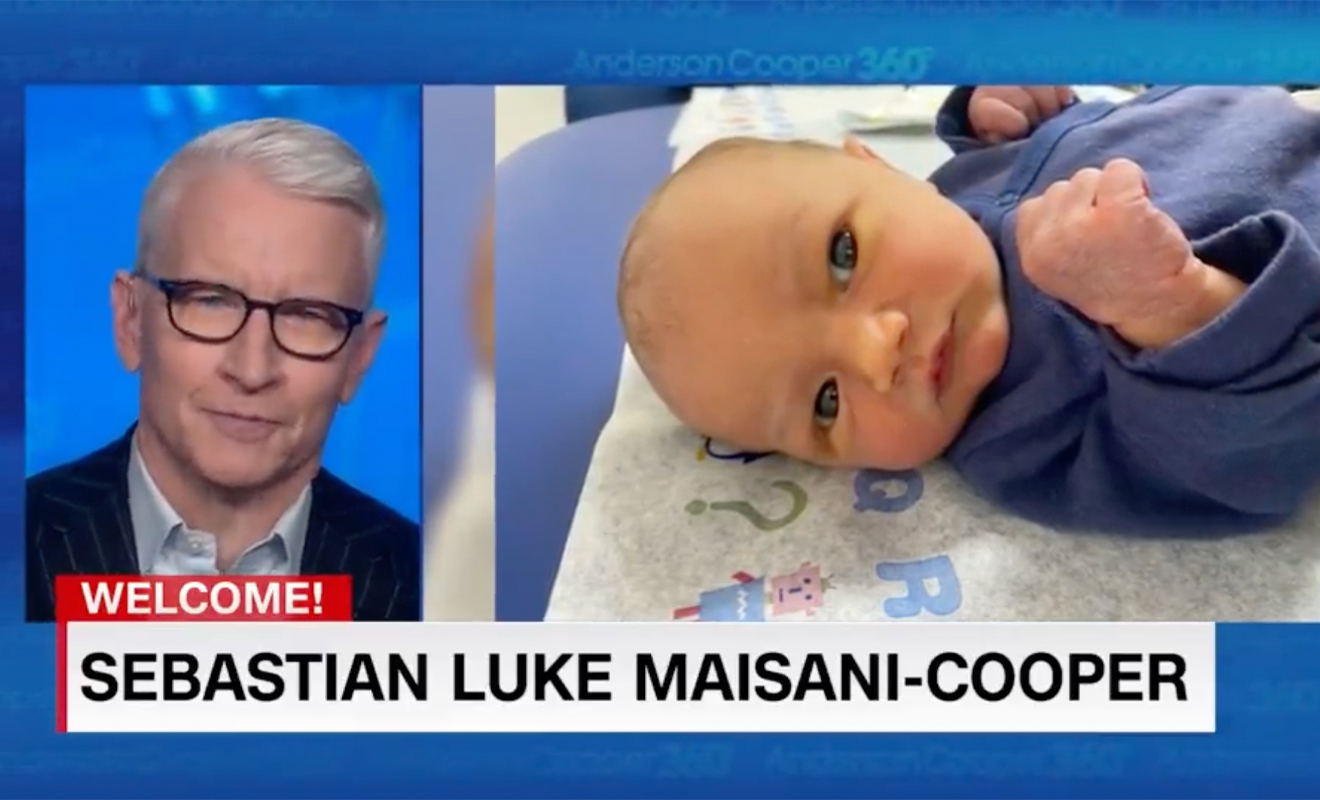 THE FACE OF A MODERN FAMILY

The birth of his son Sebastian makes Anderson Cooper and ex-partner Benjamin Maisani the proud fathers to two children. Cooper and Maisani announced the end of their romantic partnership in 2018, but the two have remained in each other’s lives and are reportedly close still, reports People.

On Thursday, February 11 Cooper announced on his show that his second son has been born and that his ex-partner is adopting his first son Wyatt. “We’re a family. Benjamin is also in the process of adopting Wyatt, who’s last name will be changed to Maisani-Cooper as well,” says Cooper. The announcement comes with a slideshow of pictures featuring the newborn Sebastian and was paired with an emotional speech from Cooper.

In the announcement, Cooper mentions how thrilled his son Wyatt is to have a little brother. “Wyatt helped us put together Sebastian’s crib, and calls his little brother by his middle name ‘Luke’. Sebastian is a mouthful for a 22-month-old,” muses Cooper.

Cooper mentioned that he will be taking time to devote himself to his new family and spending time with them.

A MOVING TRIBUTE TO HIS FAMILY BOTH PAST AND PRESENT

Reflecting on the meaning of family, Anderson Cooper shared these touching words on air: “The family I was born into may be gone, but I feel them alive in the family we have created. New love and new life.

“Before he died, my dad wrote, ‘life itself is brief, and yet each life encloses all eternity. We are, all of us, separately and together, engaged on the same tough journey. Each of us alike tastes of its joys and its sorrows. Each of us gets by as best we can. We must, whenever it’s possible, reach out to each other tentatively to touch with our hands, with our eyes, and with our hearts. We must wish for each other love and laughter, good thoughts and happy days. We must go rejoicing in the blessings of this world; chief of which is the mystery, the magic, the majesty and the miracle of life.'”