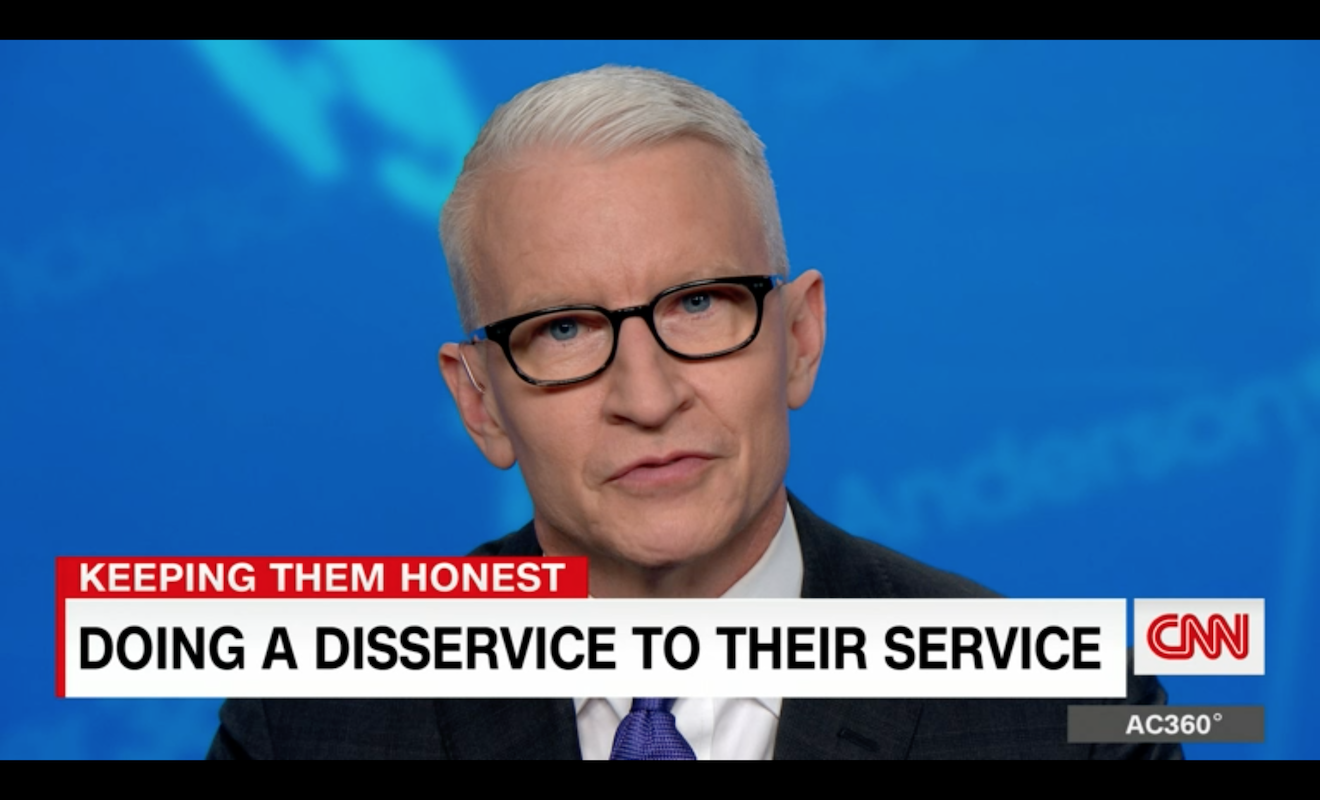 The ad in question featured a servicewoman who was raised by two mothers that was part of a campaign to encourage people to enlist. Cruz tweeted, “Holy crap. Perhaps a woke, emasculated military is not the best idea…” The quote captioned a video that compared a Russian military campaign to the one for the US.

Cooper began his segment by showing the tweets from Cruz where he said, “I’m enjoying lefty blue checkmarks losing their minds over this tweet, dishonestly claiming that I’m ‘attacking the military.’ Uh, no. We have the greatest military on earth, but Dem politicians & woke media are trying to turn them into pansies.”

Cooper brought retired US Army Lieutenant General Mark Hertling to comment on Cruz’s tweets. Hertling said, “My initial thoughts: I had a visceral reaction. This is Senator Cruz, as you said, using a propaganda video produced on a dark website using Russian soldiers from a draft army as a model of what real soldiers look like.”

The segment involved showing a video of Cruz in an interview saying how he had always wished he had joined the military when he was younger. Cooper said, “When somebody doesn’t serve, I don’t know it’s a great idea to be attacking people who did serve, even if you don’t think they should be in the military or don’t think that their parents should have had them.”

Hertling also said, “When I hear someone say, ‘you know, I really would have liked to have joined the army, but I just didn’t get around to it’ or ‘gee, I wish I could have served there with you’ you know that’s a tell that they didn’t really even think about it when they were younger because they had better things to do.”

The rhetoric against a so-called “woke agenda” in the military has translated to Australia, with Defence Minister Peter Dutton responding to individuals acknowledging International Day Against Homophobia, Biphobia, Interphobia and Transphobia. Dutton said, “I’ve been very clear to the chiefs that I will not tolerate discrimination. But we are not pursuing a woke agenda… Our task is to build up the morale in the Australian Defence Force and these woke agendas don’t help,” reports The Sydney Morning Herald.