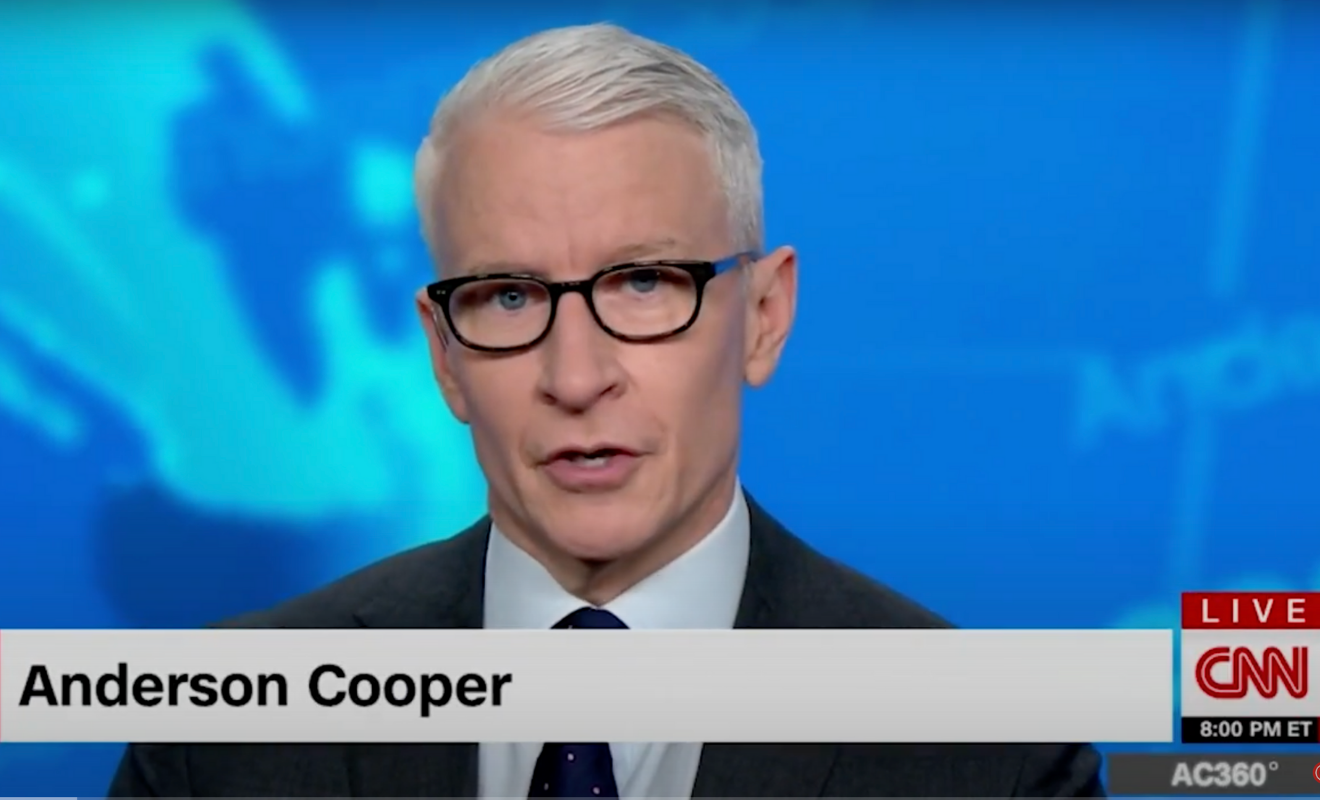 In a Full Circle interview that aired this week, Anderson Cooper spoke about when he knew he was gay and told a viewer that it was a “blessing”, Today reports.

“I was probably… I don’t know… 7, when I kind of realised. I’m not sure I knew the word ‘gay’ at the time, but I realised something was up, something was different. It was probably, yeah, 6 or 7,” Cooper said.

As he grew older, he understood more about what it meant to be gay and opened up to some high school friends, however he struggled with his sexual orientation as a teenager.

The 53-year-old CNN news anchor, said he also began to realise there were certain things he couldn’t do, like join the military at a time when being gay was grounds for discharge, or travelling to international destinations where being homosexual was illegal.

“It wasn’t what I envisioned for my life,” he said. “I imagined a family and getting married and all those things, which weren’t possible at the time,” Cooper said.

It wasn’t until after college that Cooper embraced his sexuality.

“I think I really, truly accepted it – and just kind of, really not just accepted it but fully embraced it and came around to really loving the fact that I was gay – would probably be right after college,” Cooper said, adding that it was “about a year after college (when) I realised, ‘I don’t want to waste any more time worrying about this’ and sort of wishing I was some other way.”

And that personal sense of acceptance changed everything for him.

“I think being gay is one of the great blessings of my life,” he continued. “And it’s made me a better person; it’s made me a better reporter. When you grow up feeling that you’re on the outside of things, you’re kind of an observer of things or not necessarily in the mainstream, you see society from a slightly different view. And I think that can be very valuable and can impact how you treat other people and how you see things. It’s enabled me to love the people that I’ve loved and have the life that I’ve had. So I’m very blessed,” Cooper said.

In May 2020, Cooper announced he became a dad posting a photo of him and son Wyatt.