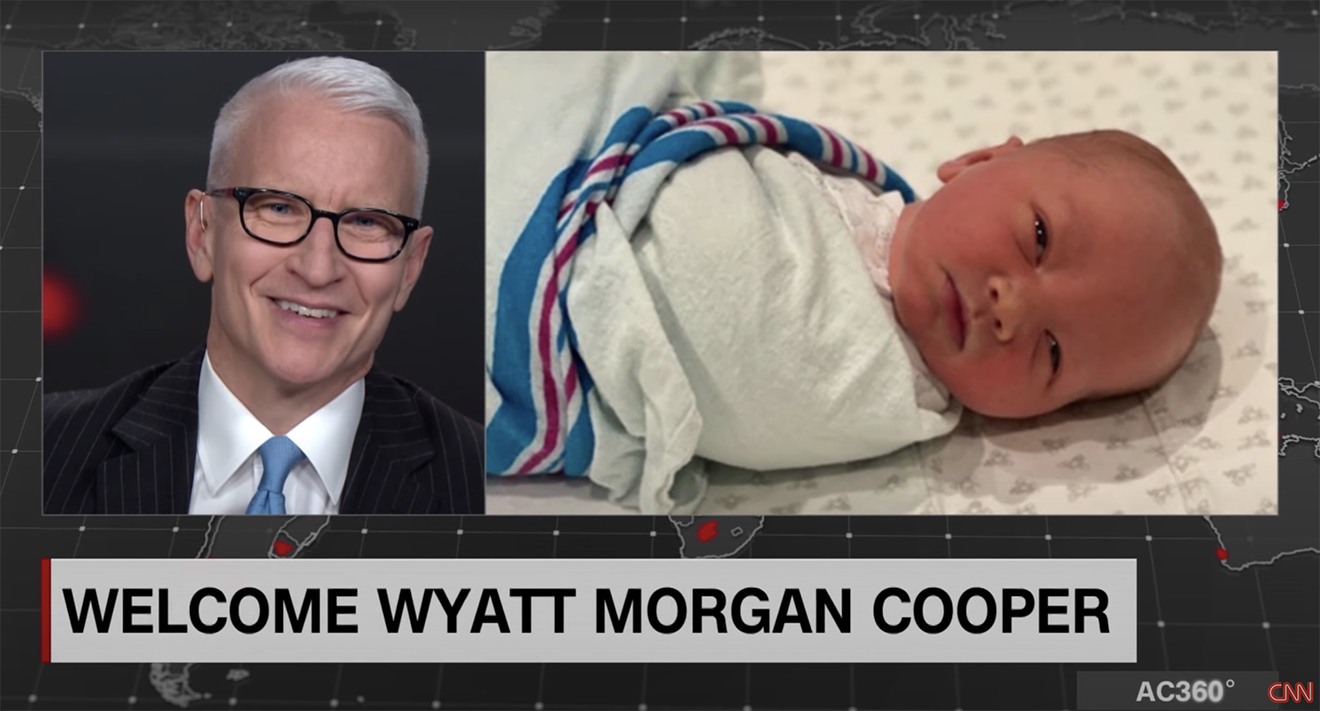 CNN anchor and power gay, Anderson Cooper has announced the birth of his son Wyatt on Instagram.

“On Monday, I became a father,” he said. “I’ve never actually said that before, out loud, and it still kind of astonishes me. I am a dad. I have a son. And I want you to meet him.”

“I never thought it would be possible to have a child, and I am so grateful for all those who have paved the way, and for the doctors and nurses and everyone involved in my son’s birth,” Cooper said.

“Most of all,” he said, “I am eternally grateful to a remarkable surrogate who carried Wyatt, watched over him lovingly, tenderly, and gave birth to him,” Cooper said.

Cooper hadn’t spoken publicly about his plans to have a baby but shared with viewers that he hoped to be as good a dad as his own, who sadly passed away when Anderson was 10.

“I do wish my mom and dad and my brother, Carter were alive to meet Wyatt,” Cooper said, “but I like to believe they can see him. I imagine them all together, arms around each other, smiling and laughing and watching, looking down on us. Happy to know that their love is alive in me and in Wyatt… and that our family continues. New life and new love.”