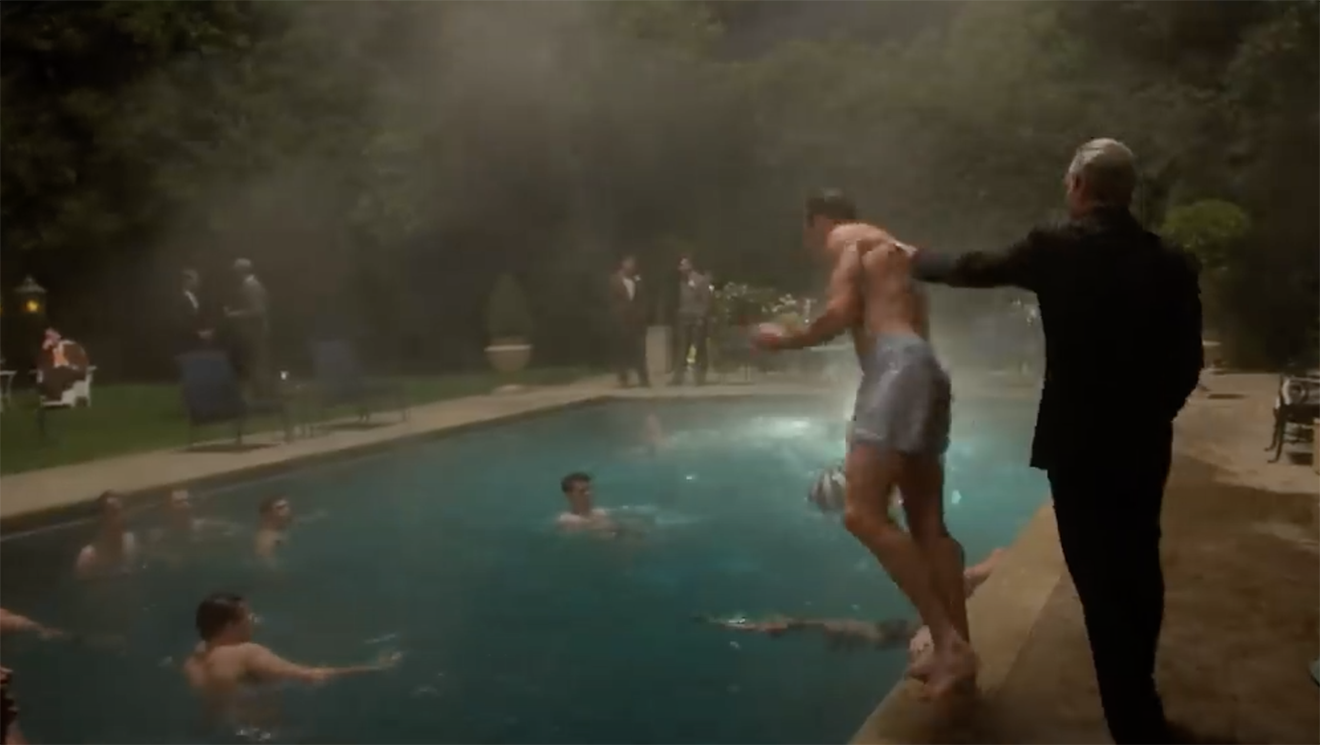 Now that Netflix Hollywood is streaming, here’s our hunks of the show.

Jake Picking, who plays Rock Hudson, but unlike the iconic star he’s open about being gay.

Jeremy Pope plays a gay writer called Archie Coleman who is trying to make it as a screenwriter despite discrimination against African Americans.

Darren Criss plays Raymond Ainsley, an up-and-coming director and screenwriter who wants to get a start in Hollywood and tackle racial discrimination in the industry. Criss starred in the Harry Potter musical, shot to fame as Blaine Anderson in Glee, and wowed critics as killer Andrew Cunanan in The Assassination Of Gianni Versace.

David Corenswet plays Jack Castello, an aspiring actor trying to make it in Hollywood. His a returned veteran of World War II, married with a baby on the way, but can’t pay the mortgage. Corenswet has worked with the series creator Ryan Murphy in Politician. He starred in House Of Cards, Instinct, Moe And Jerryweather, and the movie Affairs Of State.

Is there more to see on the series?