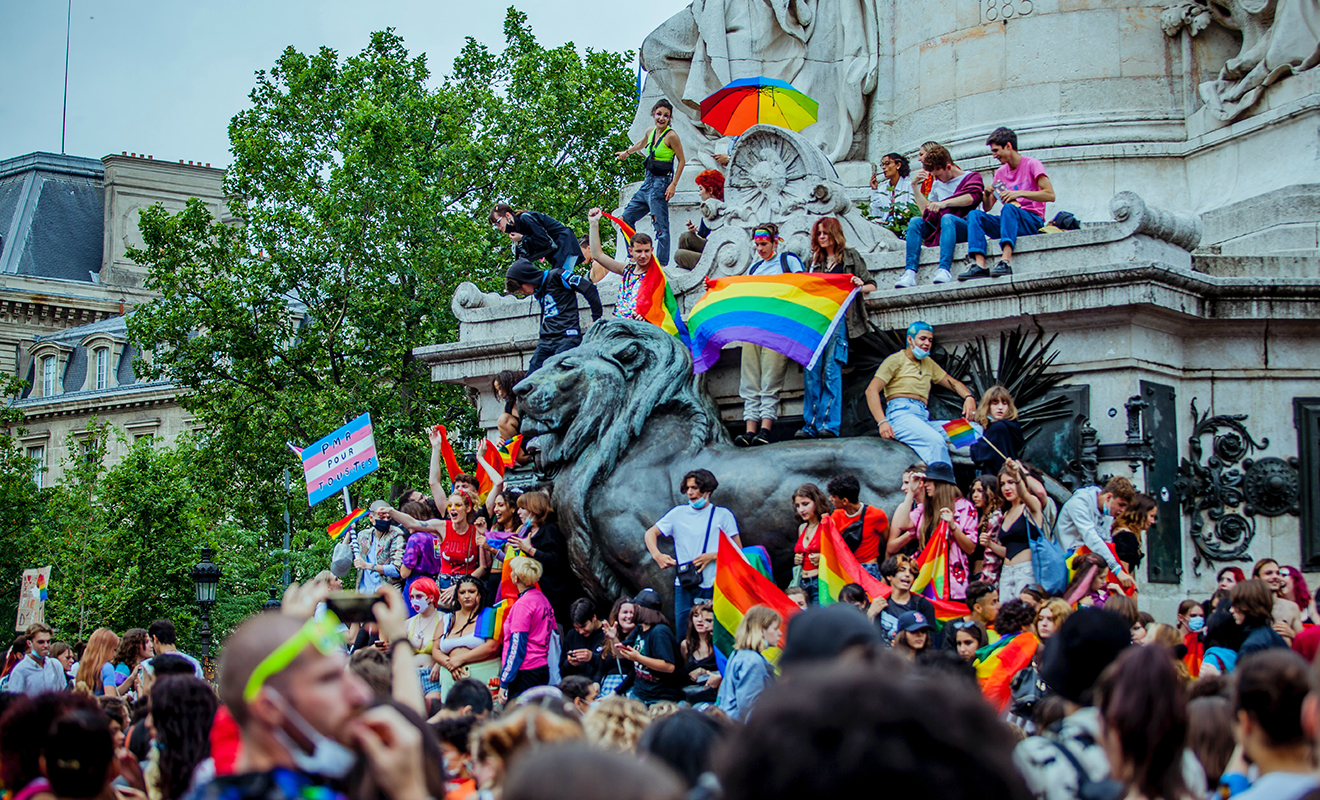 ILGA-Europe is the peak body for LGBTQIA+ rights and the group points to three countries in particular that exemplify the growing discord – Russia, Hungary and Poland.

ILGA advocacy director Katrin Hugendubel says, “LGBTQIA+ people need all governments to seize this moment and make sure Europe remains a committed and active leader in the arena of human rights for everyone”.

Russia’s hostility towards its LGBTQIA+ citizens has been well reported, with laws restricting equal treatment and censorship of LGBTQIA+ people or culture being represented in the arts or media.

According to Reuters, vigilantes have been terrorising queer people in Russia, undertaking a violent series of attacks on activists since 2019. This is reportedly a result of the rising vitriol taking place after anti-gay laws were introduced to uphold “traditional values”.

In 2020, Vladimir Putin changed the constitution to ban same-sex couples from being able to marry in Russia. Since then, the situation has developed with the Russian LGBT Network being labelled as a foreign agent by the Ministry of Justice, reports SBS News.

In Poland there are whole counties and provinces termed “LGBT-free zones” where the local authorities claim queer people and queer ideologies are banned. The Polish government has been accused by activist groups of endorsing LGBT-free zones.

With the introduction of resolutions such as the Regional Charter Of Family Rights, Poland was following in the footsteps of Russia banning content that promotes non-traditional values.

The EU Commission launched legal actions against Poland for the LGBT-free zones followed by surrounding EU countries ceasing cooperation with Poland in response. In light of these events, the government began to walk back their homophobic resolutions.

Special interest groups, however, rallied to create the Stop LGBT legislative initiative. This proposed a ban on gatherings for LGBTQIA+ people stopping them from discussing or advocating for same-sex equal treatment. The Stop LGBT initiative has since passed in parliament and acts as an example of Polish anti-LGBTQIA+ sentiments born from governmental influence.

In June 2021 the Hungarian government announced new laws which prohibit the distribution of LGBTQIA+ content amongst minors and the law was dubbed the “anti-paedophilia” act, reports SBS News.

Hungary’s new laws are in place under the alleged guise of protecting children when the impact is the minimisation of queer voices.

Similarly to Poland, Hungary faces investigations and legal action from the European Commission with President of the Commission Ursula von der Leyen saying she regards these laws as “shameful”.

Many international arts events have either backed out of performing in Hungary or have made specific points to attend in solidarity with the LGBTQIA+ community.

According to SBS, the Hungarian Prime Minister Viktor Orbán has endorsed these laws and the political environment is expected to intensify leading into the next federal election where Orbán’s predicted to run on a platform of protecting family values and safeguarding children.

Péter Márki-Zay is the opposition leader and has expressed on numerous occassions that he would prefer Hungary to be a country that is run on the principle of acceptance and love rather than on fear.