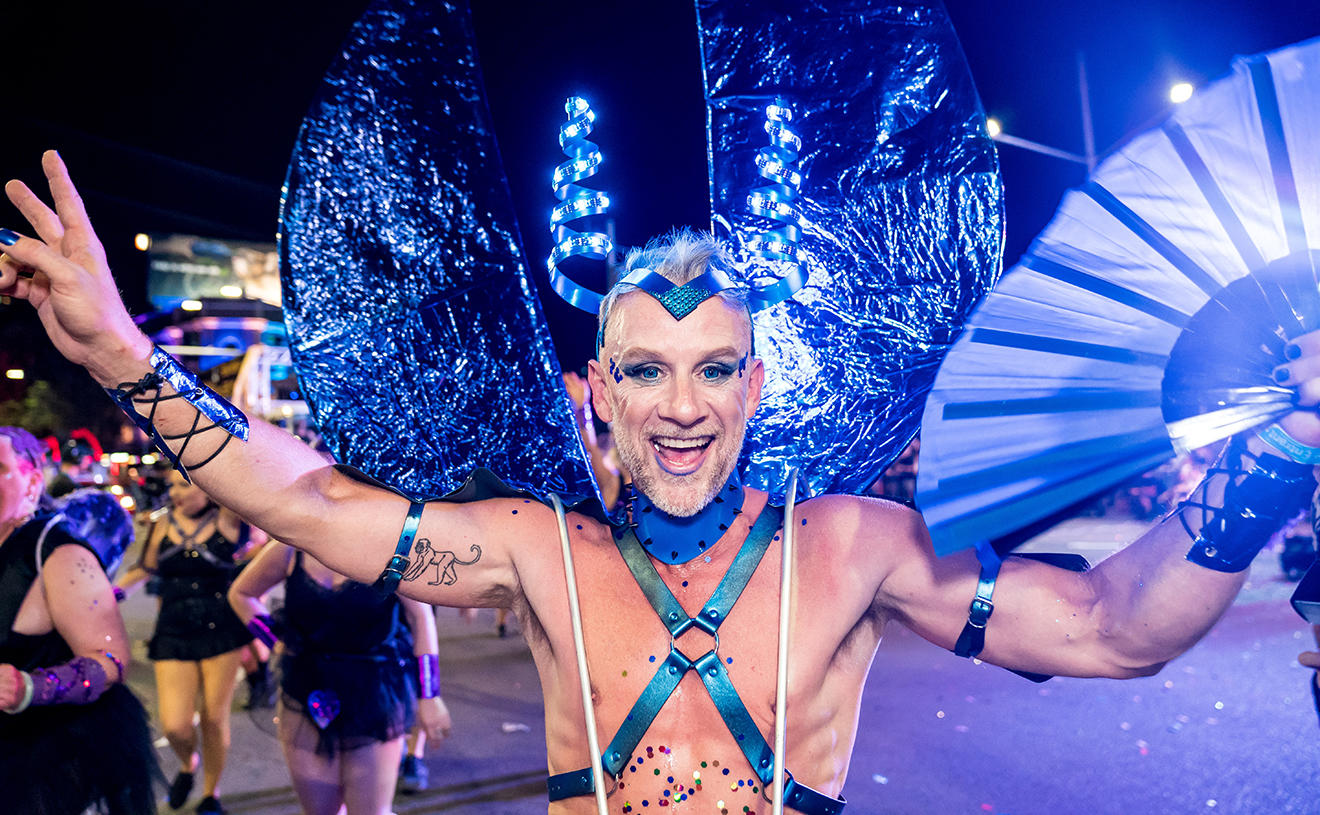 Sydney Gay and Lesbian Mardi Gras have packed in a full and fabulous Festival schedule that kicks off on 14 February and ends with all the glittery queerness of the Parade on 29 February and the Party 1 March.

The theme of this year’s Festival is What Matters. Mardi Gras Arts Interim CEO, Grant Lowe says, “This year we celebrate those at the forefront of the fight for equality. From ground-breaking queer artists to trailblazing thought leaders, Mardi Gras 2020 is an opportunity to visit the next destinations on our journey of diversity, inclusion and social justice.”

“With Sydney named as the host city for WorldPride 2023, there has never been a more pertinent time to celebrate LBGTQI+ culture and uplift every shade of the rainbow,” said Lowe.

While it returns to the Hordern Pavilion the Mardi Gras party will be far from usual. Instead, the venue will be transformed into a brand-new adult playland, bursting with music, light and performance across new fantasy worlds.

Sydney Gay and Lesbian Mardi Gras are describing it as a journey from the late-night and deep into the early hours, while eccentric and extraordinary performers and DJs from home and abroad fill the atmosphere with pulsing techno, tantalising house and euphoric gay anthems.

Headlining the party is UK diva, Dua Lipa – One Kiss, Be The One, One Kiss and three BRIT Awards and two Grammys, thank you very much! Party tickets are selling fast.

“We are thrilled to announce the expansion of the Mardi Gras Festival Hub in 2020,” said Mardi Gras Creative Director Kat Dopper.

“A hive of activity throughout the Festival, the Festival Hub will showcase 15 eclectic events including incredible local and international queer performances, inspiring discussions, side-splitting comedy, theatre, music, dance, circus, burlesque and drag all under the roof of Sydney’s Seymour Centre, plus the late-night Festival Club from Thursday to Sunday each week,” Dopper said.

Eager to sink your teeth into this year’s phenomenal program? Tickets will be available from 10am Monday 11 November at www.mardigras.org.au.