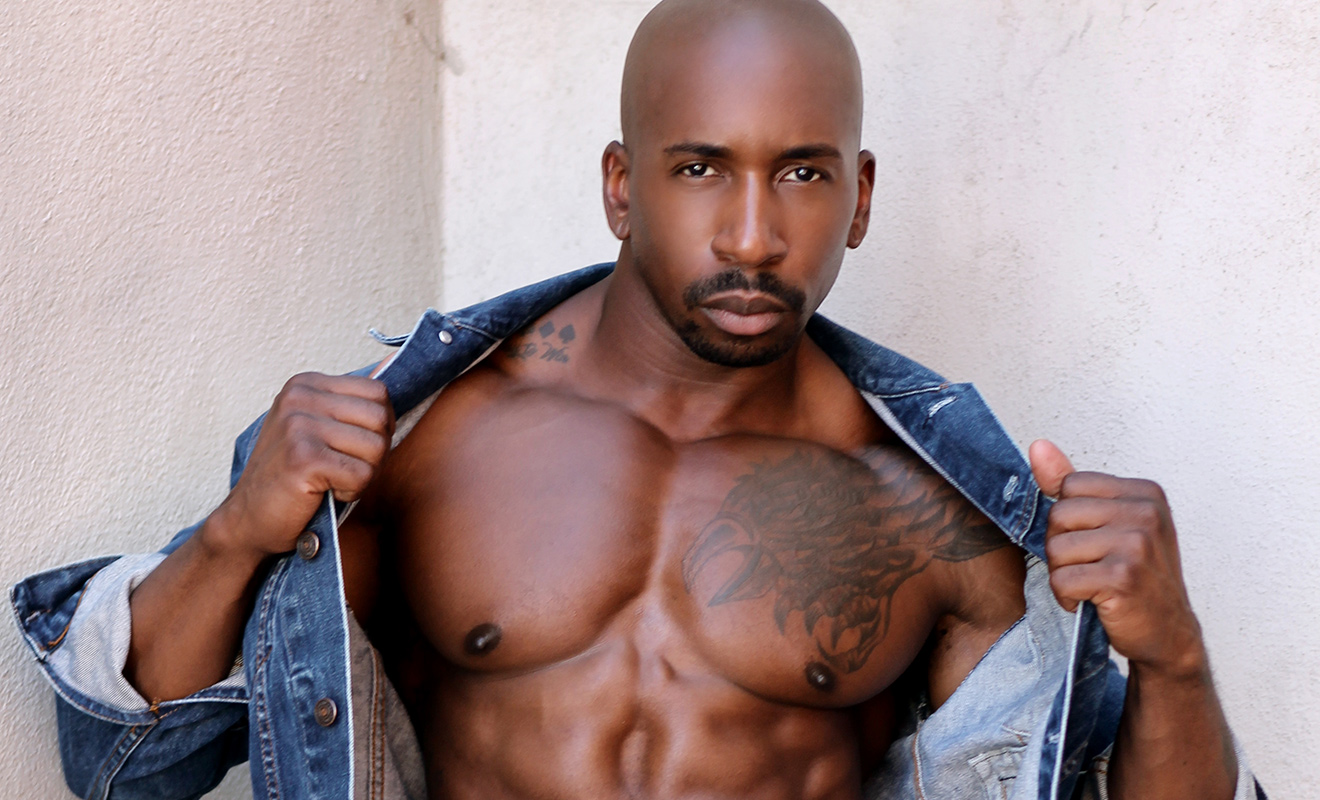 I’m a small-town boy from Georgia. I have one older sister. I was raised by extremely religious and strict parents. Our week consisted of school, church, work and more church. I didn’t mind it. It was my norm. I was diagnosed with ADHD as a child. School was not a place I excelled at; not because I wasn’t smart but because no one knew how to be interesting enough to hold my attention [laughs].

What was your adolescent like? Were you the popular boy in high school, the nerd, the jock?

I was a geek. I was ordained as a minister when I was 14 and was a pastor by the time I was 16. I wore three-piece suits to school and carried a bible everywhere.

You were recently involved in an incident while shopping in New York. Can you tell us about that?

Yeah! So, it was award season and I was nominated for some GayVNs. It was my first big award ceremony and I wanted it to be special. My friend came up with an idea for my outfit and we decided to check out the leather store to see if they could design the main piece of the outfit. My friend and I were in a store and I took out my phone to order a car. The store owner came over and said, “Guys, I don’t have time to watch people who aren’t going to buy anything.” I said, “You don’t have to watch me. I’m ordering a car and we will be gone.” He then proceeded to shuffle us out the door. Once we were out, he locked the door.

Did anyone else see this happen?

Yeah! There were other customers in the store who left after us. They came up to me and said, “We saw the whole thing. That’s racist and you should go public.” That’s what I did. The store gave many excuses about why we were kicked out, all of which were impractical or just plain dumb. I went public to bring awareness.

Men of colour are finding a new mainstream acceptance in porn. It hasn’t always been like that, has it?
We are making progress in the industry as far as models colour goes but we still have a way to go. It will take models continuously, respectfully, having conversations with the industry. No more yelling back and forth. That changes nothing. I’m launching a talent management company, Haus Of Konnor, specifically for models of colour that will not only make sure we are getting more work but the right kind of work. There will be workshops to develop the model as a whole (budgeting, branding, mental health, etc). These workshops will be taught by leading industry professionals, which will also create a great networking environment for new models.

Read the full interview with Max in DNA #237 available from DNAstore.