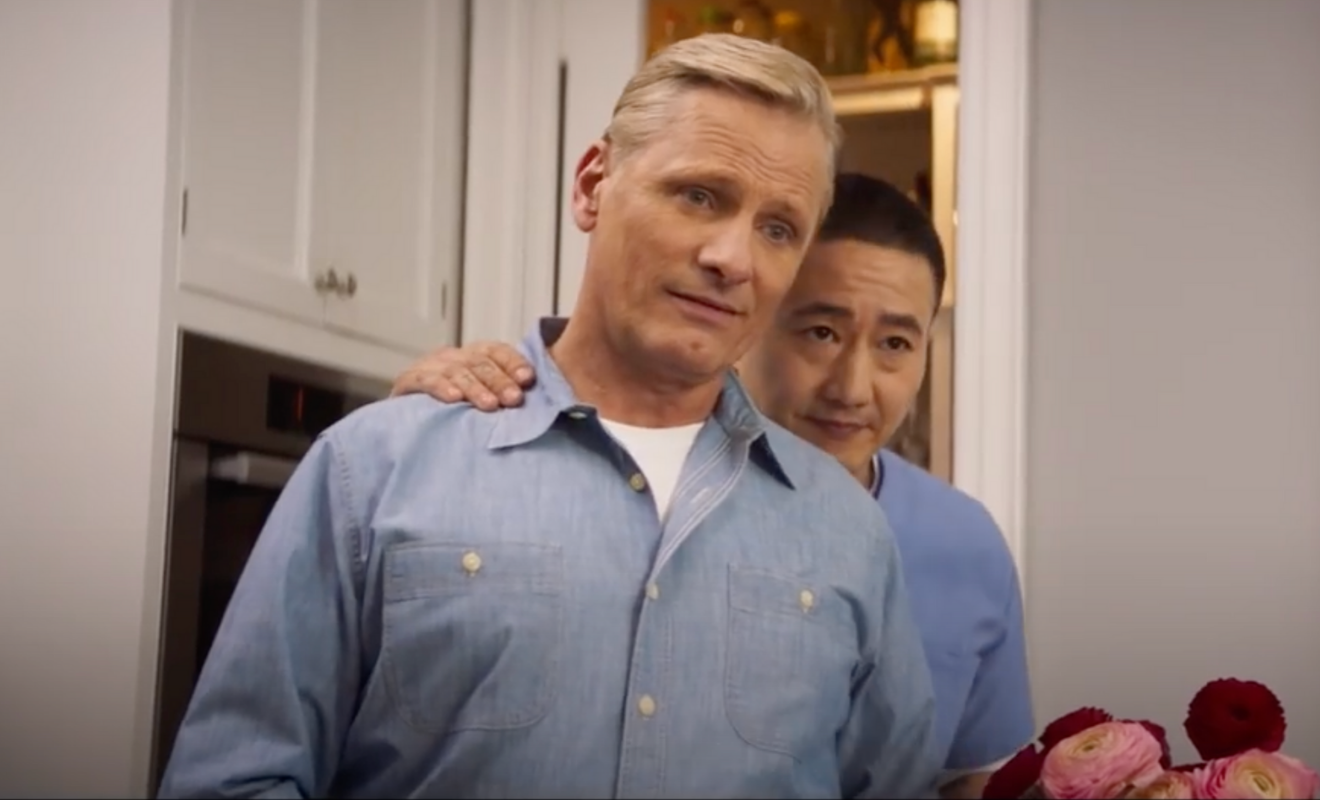 Viggo Mortenson thinks it’s fine for straight actors to play gay, telling Reuters his playing a gay character in the upcoming film, Falling, is not a “gimmick”.

Mortenson who is best known for his role as Aragon in the Lord Of The Rings, joins other high profile straight actors who’ve played gay roles.

“There are certain characters I’m not going to play,” said Mortensen, who has been nominated for three Oscars, four Golden Globes and three BAFTAs.

“I wouldn’t play Eric, the Chinese-Hawaiian American,” Mortensen said of the husband of his film’s main character, John.

Falling tells the story of John’s racist and homophobic father Willis, played by Lance Henriksen, who moves from his rural farm to live with his son in Los Angeles when he starts showing early signs of dementia.

Mortensen who also wrote the film, said he initially intended for his character to be straight but early on decided to switch his sexuality, adding it was not intended as a “gimmick”.

While writing an early scene set in an airport, in which John takes a call from his partner, Mortensen decided to make his partner male, he told Reuters.

“I thought, what if it’s not a wife? What if it’s a husband?” Mortensen said.

“I’ll try that. I’ll write the next scene and see how it feels. If it doesn’t work or feels somehow not right for the story, then I won’t use it, but I liked it.”

Falling can be seen as a microcosm of a polarised society, riven by issues of race and gender as much by sexuality, Mortensen said.

“There’s been so much injustice toward under-represented groups, racially, sexual orientation (and in terms of) sexual identification,” he said.

The film, which also stars Oscar-nominated actor Laura Linney, was accepted for official selection at the Cannes Film Festival before the coronavirus pandemic forced the cancellation of the prestigious event. Watch the trailer below.