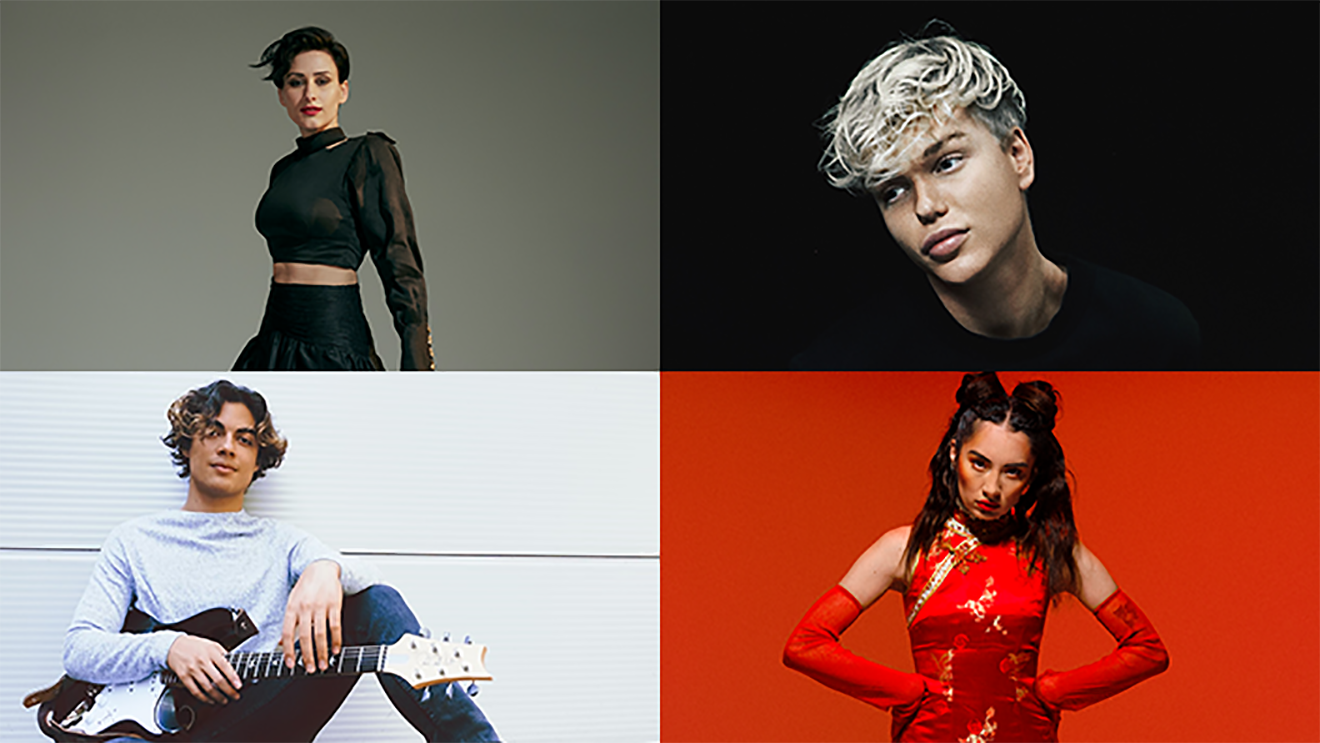 Australia’s SBS and its production partner Blink TV have dropped the first song and announced the contenders for Eurovision – Australia Decides to air on SBS 8 February.

The live broadcast will showcase some of Australia’s biggest acts, singing original compositions, for their chance to represent the country at the Eurovision Song Contest 2020 in Rotterdam, the Netherlands.

“Diana and Jack are both distinctive artists with huge voices and very different plans for Eurovision. And I’m excited they’ve both won singing competitions in the past. Jordan-Ravi is the real thing – a handsome and killer-voiced talent that Australia will come to love. Jaguar Jonze is just genetically engineered for Eurovision – an art-punk goddess who is going to totally rock. It’s a terrific line-up, very different to last year, yet every bit as powerful. There are some really exciting surprises to drop in January – but my advice is to get a ticket while they’re still available!” Clarke said when talking about the artists.

Jack Vidgen revealed he will perform his self-penned, deeply personal ballad I Am King I Am Queen released today.

“I am incredibly excited to be a part of Eurovision – Australia Decides 2020 and actually can’t believe it’s really happening. I’m a huge fan of Eurovision, so to be competing for the opportunity to represent Australia is mind-blowing. I adore my song I Am King I Am Queen, which I co-wrote with Andrew Lowden. It’s a real representation of me and everything I stand for and I think that everyone, young and old, will be able to relate to and take inspiration from this song. I hope that the Eurovision audiences love it as much as I do!” Vidgen said.

Diana Rouvas said she was really excited to be in Eurovision – Australia Decides.

“As a Greek Australian, I am proud to represent the culture that our country is rich and abundant in, and I’d be so honoured to stand on that stage for Australia! It’s an incredible opportunity for any artist. I’d be bringing my true authentic self to the stage…my life’s work and dreams into that moment, and would be proud to earn a position on that stage and represent my country,” Rouvas said.

“I am so honoured to be given this opportunity. I will be performing Pushing Stars, a song which came in via the SBS Song Portal, and was co-written by a couple of this year’s Eurovision – Australia Decides stars, George Sheppard and Tania Doko. I am grateful that they put their trust in me to infuse my style and flare to their work this year!

Jaguar Jonze who is known for her rich vocals and gun slinging guitar lines said Eurovision – Australia Decides is a massive opportunity to show Australia who she is as an artist and what she’s passionate about.

“The selected 10 artists are all so talented and I’d be so happy for any one of us to represent Australia in Eurovision. I think it shows the diverse pool of creativity and talent in this nation and I’m honoured to be a part of it. I’ve always taken Eurovision to be about each country, and each artist expressing their individuality without boundaries. So much of Jaguar Jonze is about honesty and vulnerability and I’m excited to express the uniqueness that comes with it,” Jonze said.

Eurovision – Australia Decides will be hosted by openly gay comedian Joel Creasey and music buff Myf Warhurst. Audiences are encouraged to vote for their favourite acts and the winner will be revealed during the Live TV Final broadcast live and exclusively on SBS on Saturday 8 February.