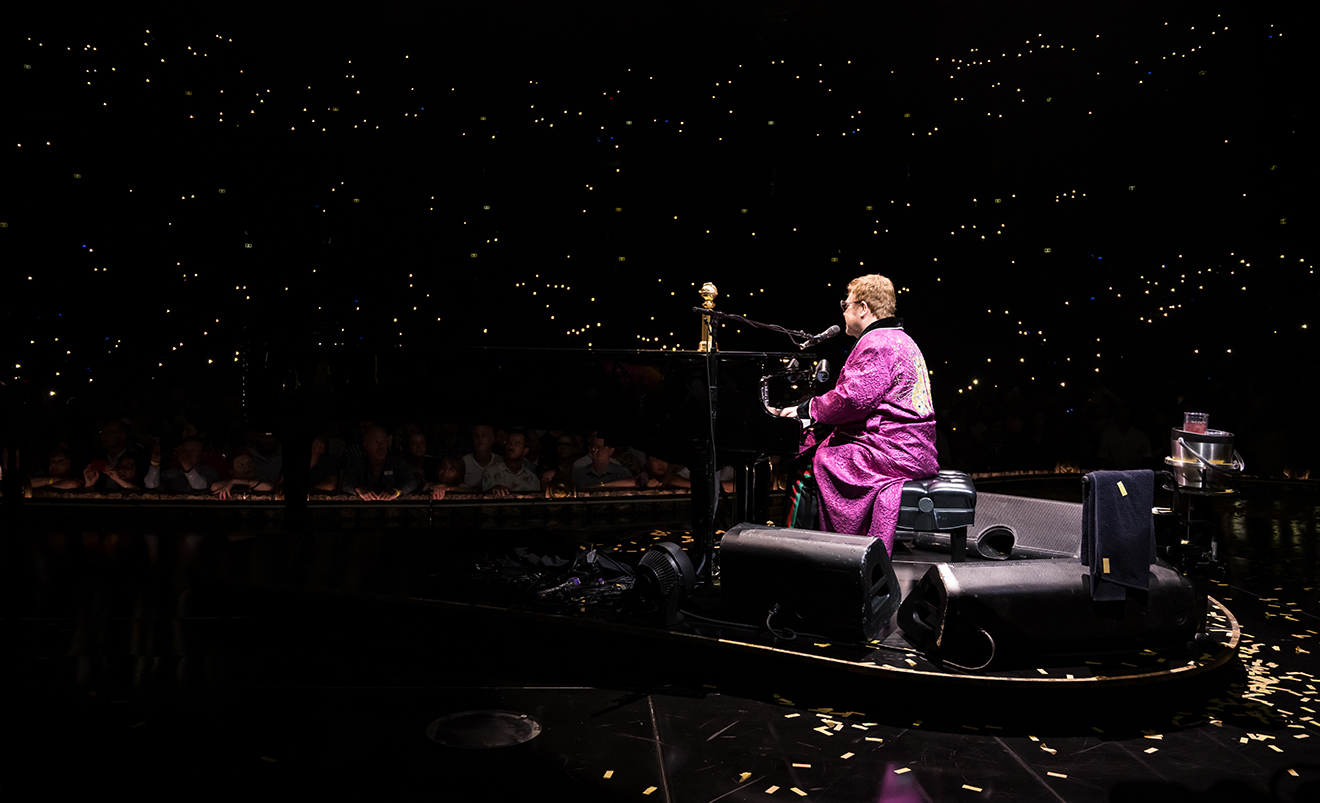 The singer, who received a standing ovation, said Australia should be “in awe” of its firefighters, who are battling an unprecedented bushfire season.

“And lastly there’s the plight of the animals. A loss of their habitat that frankly is on a biblical scale, and heart-breaking. Therefore, tonight I will be pledging $1 million to support the bushfire relief fund.”

Elton John urged Australians to “come together” during this difficult time.

“To see what is happening here breaks my heart, and so we have to come together and we have to fight,” he said.

“This is my bit towards it, and I love Australia so much. To those who have lost their homes, God bless, I hope that your life will be repaired very, very soon. I want to say thank you Australia again, and God bless.”

Elton John’s donation follows other celebrities who have given their support. Australian actor Chris Hemsworth pledged $1 million for the bushfire recovery on Tuesday, following in the footsteps of singer Pink, Nicole Kidman and her husband Keith Urban, and Kylie Minogue’s family, who all announced $500,000 donations to the cause.

Donate to Australian Red Cross Disaster Relief and Recovery to support communities impacted by the bushfires.