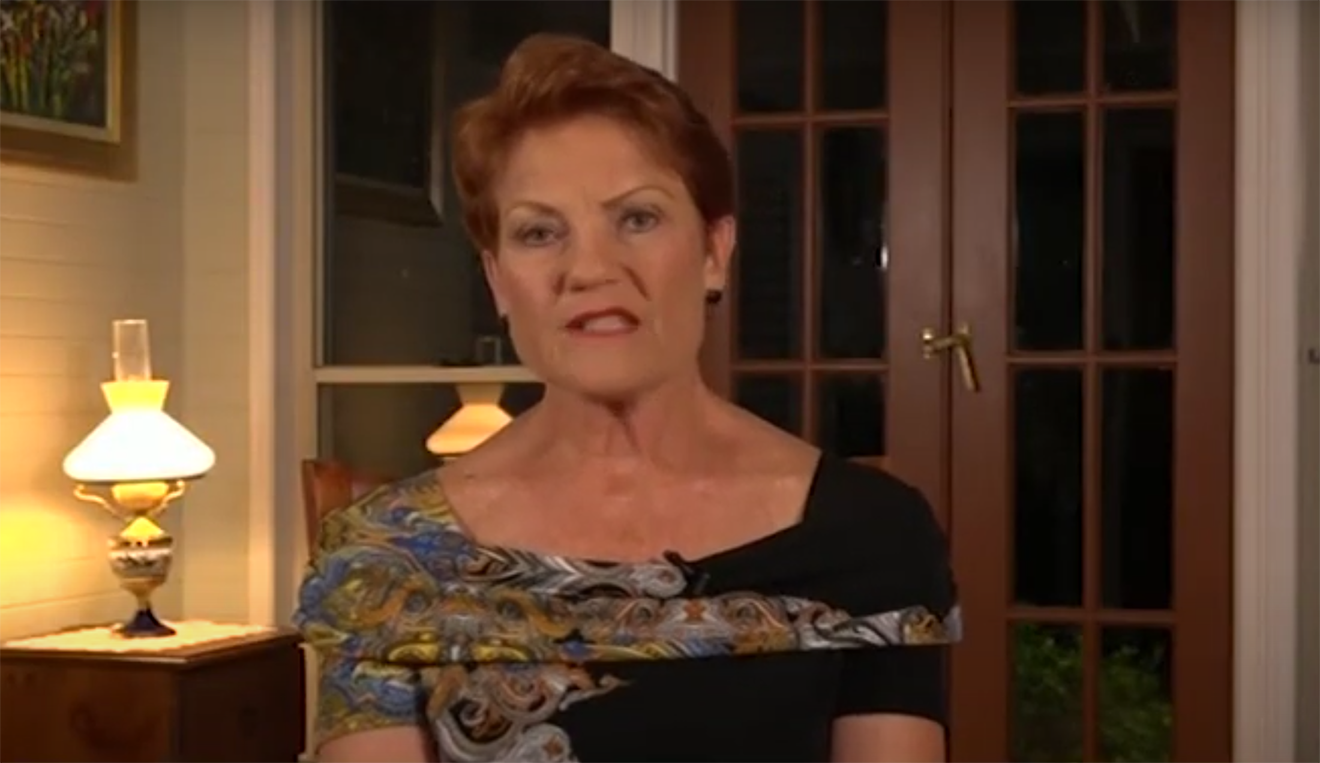 In an online gathering of hard-right commentators, Australian Senator Pauline Hanson said parents who believed their child might be transgender should have their children taken away them, OutinPerth reports.

Hanson appeared on Pellowe an online political discussion program alongside others such as Queensland MP George Christensen and a spokesperson from the Australian Christian Lobby.

“Confusing kids and going to the doctor and parent’s saying, ‘Look, my four year old they really can’t identify, and we want to change their sex.’ You are bloody idiots, how can a kids at four year old know if they want to be male or if they actually want to be a girl. There’s more to this and these parents need their head’s read or the kids taken off them, because they want to change their sex because the kids gone and played with a doll.” Hanson said.

Hanson said she believed parents who wanted a child with the opposite gender brainwashed them into thinking they are trans.

“I remember my son and 12 months or 18 months old, he loved having a doll beside him and I put the bloody doll in the cot beside him. Guess what, they’re nothing wrong with him, but kids have to be kids, let them find their own feet, let them find their own sexual preference, who they are, as they go through puberty, don’t try and brain wash them into your way of thinking because you’ve got a boy and you really wanted a girl. It’s not about you, it’s about them finding themselves,” Hanson said.

Hanson also called for the age young people can access counselling to discuss their gender should be lifted to 18, and that her One Nation party intended to attempt to reverse the legislation in the future.

In addition to her call to remove transgender kids from their parents, Hanson said she did not support Queensland’s recent ban on gay conversion therapy saying the only people calling for a ban are gay.

Christensen said he feared the ban would be weaponised and see priests being challenged over advise they’ve given in the confessional.

The video is below, save yourself and skip to 45:52 to hear Hanson’s comments.