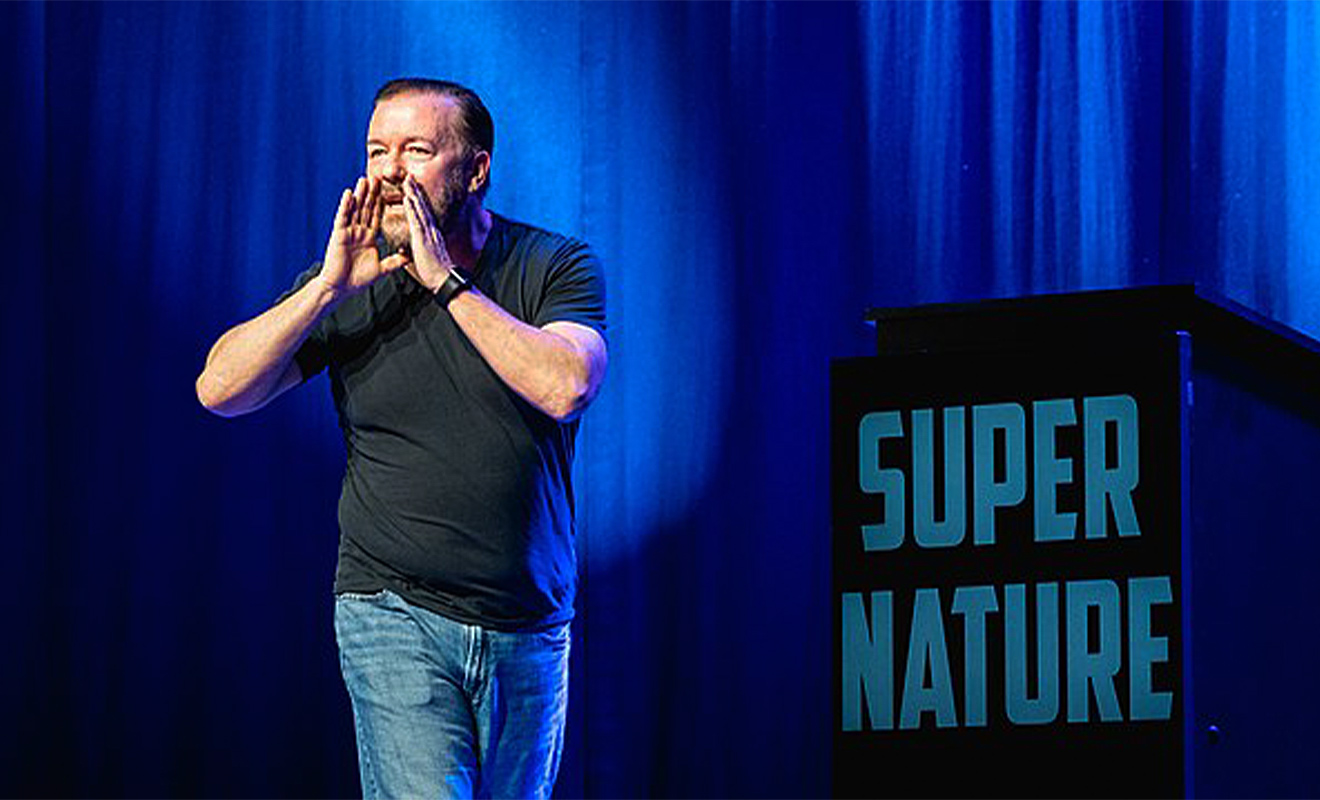 On Tuesday, May 24, comedian Ricky Gervais’ latest Netflix comedy special went out on the streaming service. Only minutes into SuperNature, Gervais begins to land jokes aimed at the transgender community. Online responses were quick to disapprove of the content, reports NBC News.

Gervais has never claimed his comedy is politically neutral or polite, but being “edgy” can only take you so far in a post-modern world. In the days before social media, punching down for laughs was common; take any ’80s male comedian doing observational comedy about women.

According to NBC News, Gervais’ comedy special took a swift turn when he began to make comments about transgender people. To quote Gervais, he says, “And now the old-fashioned ones say, ‘Oh, they want to use our toilets.’ ‘Why shouldn’t they use your toilets?’ ‘For ladies!’ ‘They are ladies — look at their pronouns! What about this person isn’t a lady?’ ‘Well, his penis.’ ‘Her penis, you f—— bigot!’ ‘What if he rapes me?’ ‘What if she rapes you, you f—— TERF whore?’”

If you perform a little mental gymnastics, it almost appears that Ricky Gervais’ jokes are meant to be affirming of the gender spectrum. But they undeniably land in the worst way possible and were mired in the most horrific transphobic rhetoric. To liken trans women to predators looking for ways into women’s bathrooms and naming them as “new women with cocks” is unforgivable.

Scrolling through Twitter, transgender users and LGBTQIA+ advocates are engaging with severe backlash as is to be expected and as is fair.

IT’S AWFUL, BUT WHY DID IT GET GREENLIT?

The anti-trans statements are understandably painful. Ricky Gervais has a massive platform where many people give him the space to speak and they listen. According to Queerty, 2021 was one of the most brutal years for LGBTQIA+ hate crimes with the HRC reporting around 57 violent killings of trans and gender non-conforming people.

Looking at the state of human rights in the West, there is an uptake of anti-LGBTQIA+ legislations being enacted with a deep division across the political spectrum. Transgender people especially have become the victims of this rampant debate.

As deplorable as Gervais’ anti-trans statements are, many question how SuperNature managed to pass through Netflix’s chain of custody without raising any alarm bells. According to Vulture, Netflix has had a dubious relationship with LGBTQIA+ groups having had an employee walkout occur in October, 2021 after Dave Chappelle’s transphobic comedy special aired.

Is anyone at the top keeping an eye out for the kinds of conversations being given such a big platform? If so, how did SuperNature get approved? How are trans people still having to fight to be respected?