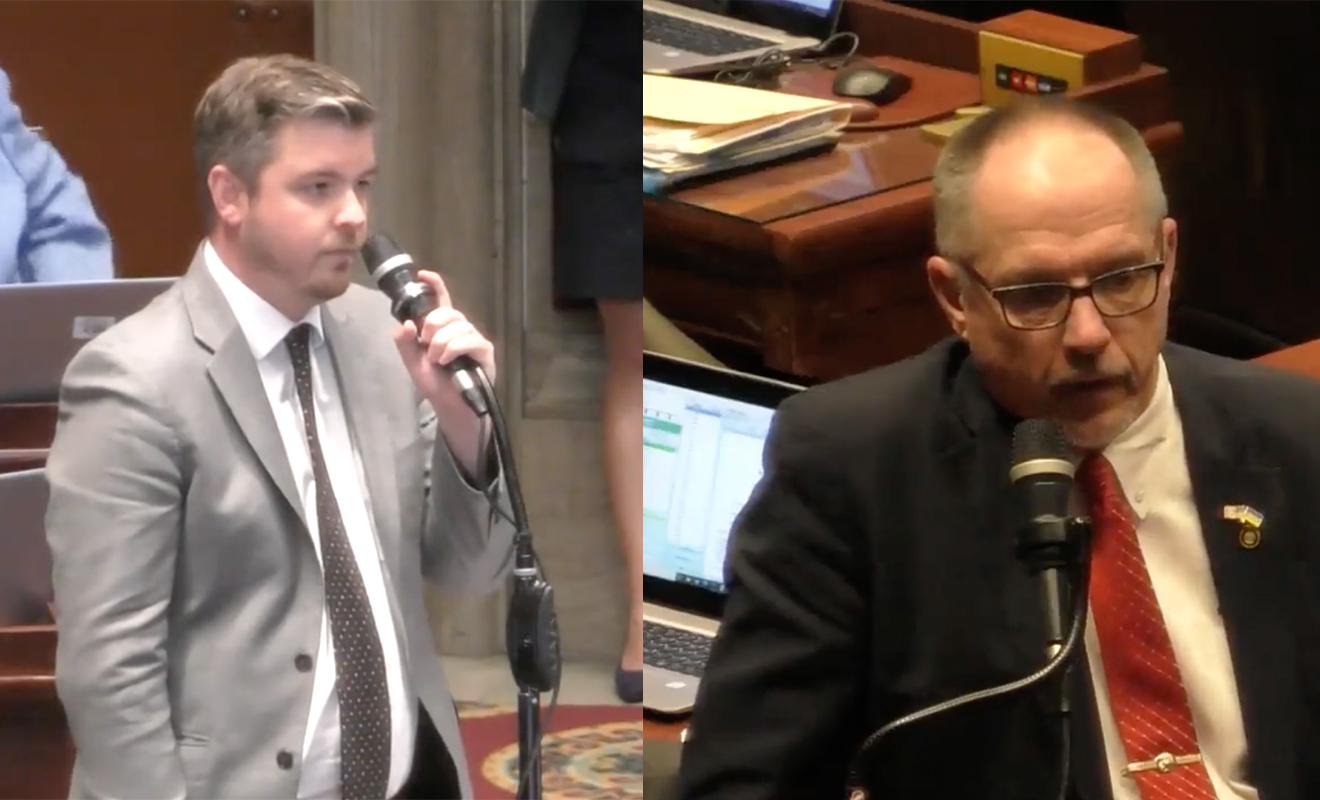 On Wednesday, April 13, conservative lawmakers passed a bill in Missouri that allows trans student athletes to be banned from youth sports. Representative Ian Mackey addresses Representative Chuck Bayse who is responsible for the legislative amendment by delivering a moving speech to the floor, reports The Advocate.

According to The Advocate, the bill in question was originally drafted to audit voter rolls and adjust election laws; after Representative Bayse proposed an amendment to “save women’s sport”, the bill is gaining attention for being anti-trans.

Openly gay Democratic Representative Ian Mackey used the proposal as an opportunity to deliver an impassioned speech detailing his experience growing up gay in Missouri. Mackey says that he would have been afraid of people like Bayse growing up.

Mackey began by asking Bayse about his gay brother. Bayse explains that his brother was afraid of coming out to him at first for fear of being estranged. Mackey says, “I would have been afraid to tell you too. I would have been afraid to tell you to because of stuff like this because this is what you’re focused on. This is the legislation you want to put forward. This is what consumes your time. … I was afraid of people like you growing up.”

The speech continued with Mackey urging the house to consider LGBTQIA+ youth who already feel ostracised and alone. He mentions his own youth spent experiencing bigotry.

“Thank God I made it out … I think every day about the kids who are still there who haven’t made it out, who haven’t escaped from this kind of bigotry. Gentlemen, I’m not afraid of you anymore,” he says. “Because you’re gonna lose. You may win this today, but you’re going to lose.”

Despite the touching speech, the house voted in favour of Bayse’s amendment to ban trans youth from sports with 89-40 for approval. Although Mackey’s speech was unable to sway the votes against the amendment, it has gone viral on social media with many agreeing with Mackey’s sentiments.

This amendment is not unprecedented with conservative US lawmakers nationwide introducing anti-LGBTQIA+ policies; it is heartening to know that there are brave politicians who are willing to stand behind the queer community and fight for our interests.