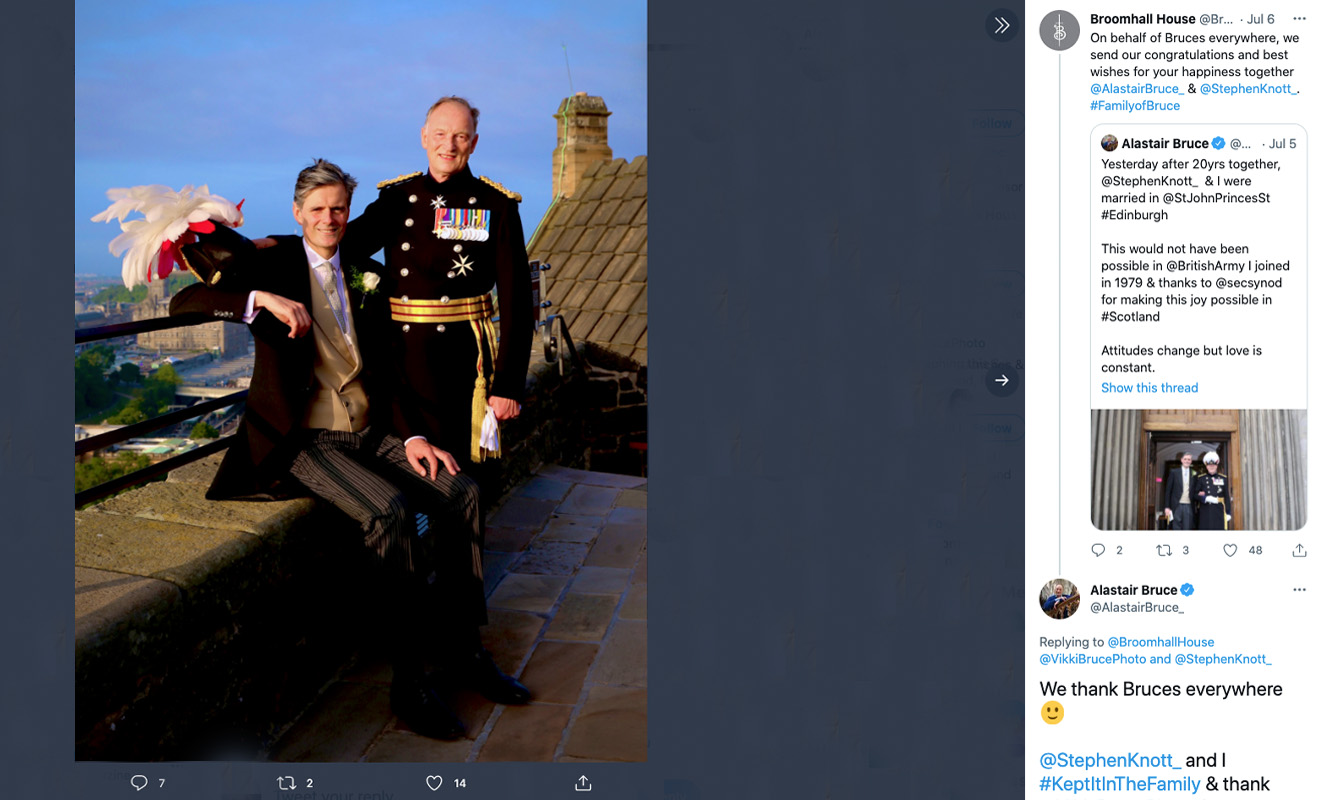 Major General Alastair Bruce has married his partner of 20 years and become the highest-ranking officer in the British army to have a same-sex wedding, reports the BBC.

After years of hiding their relationship out of fear of being dishonourably discharged Bruce married Stephen Knott in full military uniform. Bruce served with the 2nd Battalion Scots Guards in the Falklands War in 1982 and rose through the ranks, becoming governor of Edinburgh Castle in 2019.

LGBTQIA+ people were banned from serving in the British Armed Forces until 2000, however, even after meeting Knott in 2001 he kept his relationship quiet.

“As you join the army you have to adapt to be more physically able – it’s all part of the training. So I think I had been well trained to cover up the fact that I had a particular sexuality and I just quietly got on with living as well as serving,” said Bruce on BBC Radio Scotland. Upon coming out, Bruce said he was shown nothing but support from those closest to him, making peace with his closeted past saying, “I was cautious and I had a profession where I had to be very very careful.”

Bruce said that they even made deliberate efforts to keep their relationship a secret, keeping a distance from each other in public to seem like strangers in case they saw someone from the army.

Bruce and Knott held their reception at Edinburgh Castle saying, “It was fantastic … It has been a long journey and we were absolutely delighted and we are still thrilled.”

Bruce says he looks forward to continuing his work at Edinburgh Castle with Stephen by his side saying he, “makes everything more entertaining – he adds levity and is brilliant with people.”