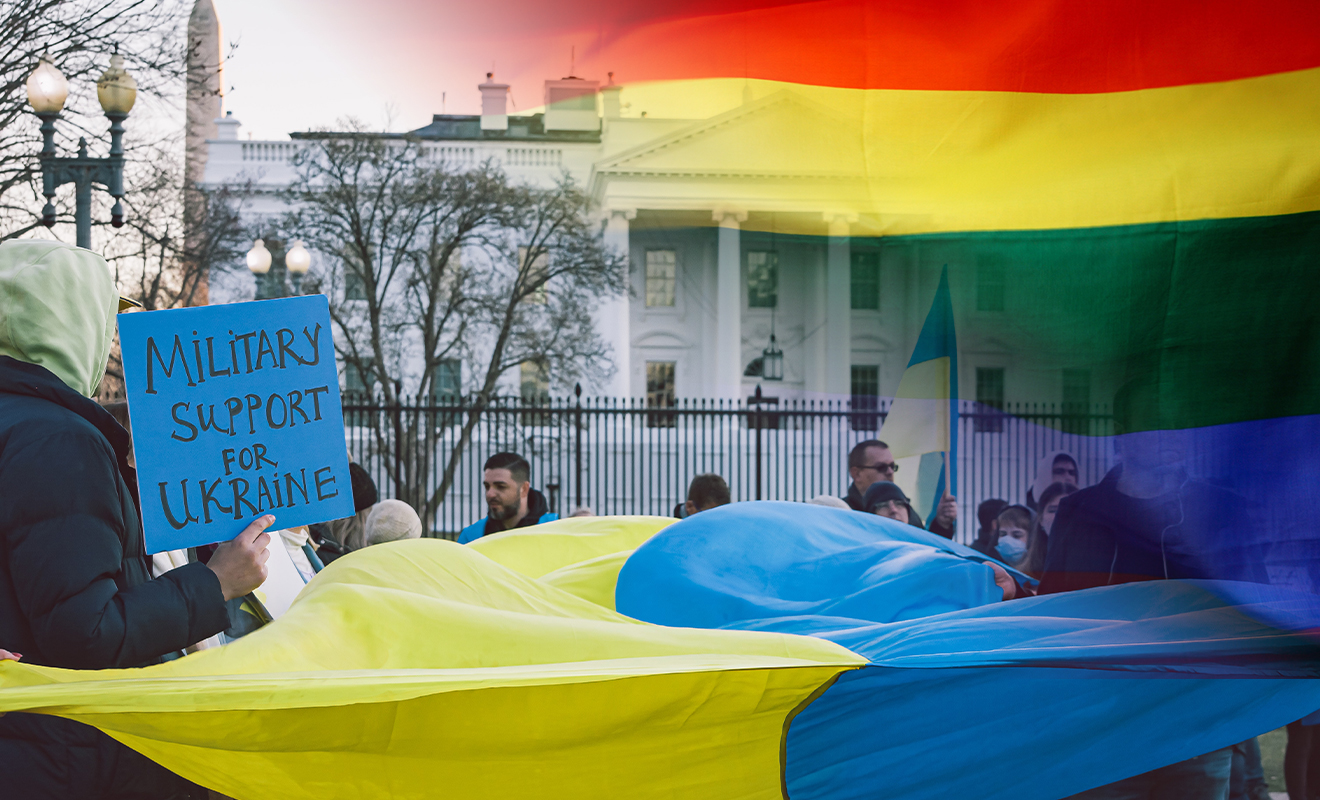 The LGBTQIA+ community in Ukraine have only been tenuously accepted in recent years. Since the war against Russia began, however, they have been actively volunteering to take up arms to resist the invasion in a stunning show of national solidarity, reports The New York Times.

LGBTQIA+ PEOPLE ARE FIGHTING FOR THEIR COUNTRY AND THEIR RIGHTS

The situation in Ukraine grows more intense each day that Russian forces push in-land across the border and it has resulted in millions of citizens fleeing the country, reports Openly.

The war has been especially confronting for LGBTQIA+ communities in Ukraine as they face the added layer of Russia’s openly anti-gay policies if the takeover is successful. Intelligence coming from operatives in Russia suggest that LGBTQIA+ minority groups would be specifically targeted by officials.

According to The New York Times, Vladimir Putin has explicitly stated his desire for “traditional values” and has denounced Western values of acceptance. When Russia seized Crimea in 2014, reports came in from human rights group that demonstrated crackdown on activists and increased attacks on LGBTQIA+ people.

In stark contrast, Ukraine’s President Volodymyr Zelenskyy is a Western-leaning leader who has actioned stronger ties with LGBTQIA+ community leaders and activists and, unlike his predecessor, is not pro-Moscow, reports The New York Times. President Zelenskyy has also been known to explicitly support LGBTQIA+ people, notably a viral video was shared of him shutting down homophobic rhetoric.

Current wartime has forced the nation to gain new perspectives; many advocates tentatively hope that the national solidarity shown through resistance will balm the lingering anti-gay sentiments with many gay men joining the ranks of Ukraine’s military to fight, reports Openly.

Sofiia Lapina, founder of Ukraine Pride says, “War destroyed the borders between LGBTQIA+ and heterosexual militaries”. Lenny Emson, the director of Kyiv Pride, still feels that there is a need for gay people to be cautious. “We’ve received messages from far-right groups calling us undercover agents and telling us to flee the country, blaming us for not doing anything for Ukraine,” says Emson.

The immense bravery that Ukrainians are showing is a testament to their perseverance; with many LGBTQIA+ individuals counting themselves among the fighters. It brings some hope that the conservative tides will change if they succeed in stopping Russia’s invasion.