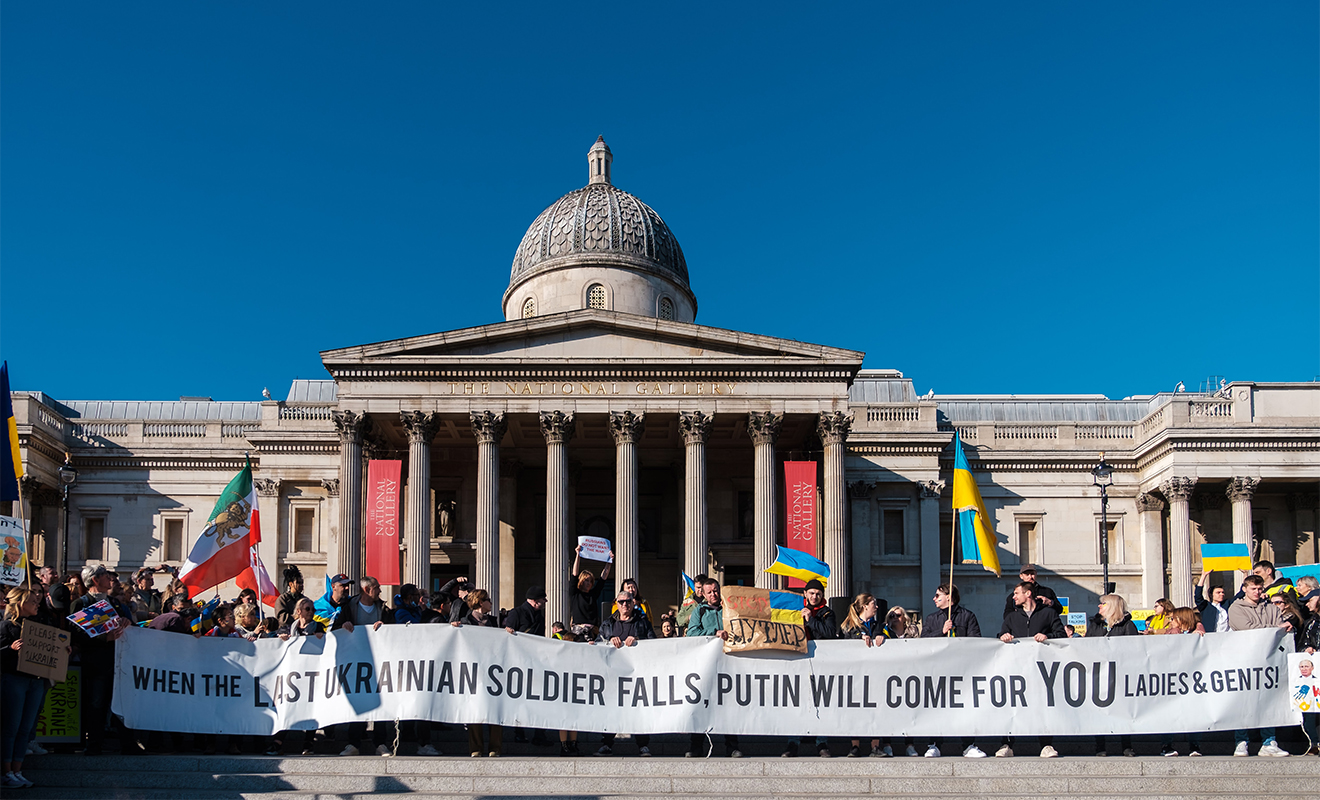 Russia’s president Vladimir Putin has declared war against the neighbouring nation of Ukraine. Civilian casualties are already in the hundreds with thousands more injured, reports Reuters. Russia’s invasion on Ukraine will see vulnerable groups such as LGBTQIA+ communities targeted for arrests and killings. Advocacy groups such as Rainbow World Fund are now calling for supporters to contribute donations to aid the people of Ukraine.

Since Russia began the invasion, there has been a mass exodus of civilians as refugees to neighbouring countries such as Poland. On Monday, February 28, UN human rights chief Michelle Bachelet addressed the Human Rights Council in Geneva saying, “Most of these civilians were killed by explosive weapons with a wide impact area, including shelling from heavy artillery and multi-launch rocket systems, and air strikes. The real figures are, I fear, considerably higher,” reports Reuters.

The Guardian also mentions that multiple civilians have been killed and injured after Russian forces launched rocket missiles at Kharkiv. Mayor Ihor Terekhov says, “Today we had a very difficult day. It showed us that it’s not just a war, this is a massacre of Ukrainian people.” He continued in a statement saying, “The missiles hit residential buildings, killing and injuring peaceful civilians. Kharkiv has not seen such damage for a very long time. And this is horrible.”

Humanitarian support is needed for Ukrainian refugees and domestic protections are required for vulnerable groups. NATO nations have already begun sanctions against Russia to discourage their advancements. The International Criminal Court in The Hague has declared its willingness to investigate Vladimir Putin for war crimes. Although Ukraine is not an official member of the International Criminal Court (ICC), jurisdiction was granted to the ICC by Ukraine in 2014, which is more than enough for a formal hearing. With Russia’s missile strikes on civilian areas, as well as alleged kill-lists being drafted, the ICC would have enough to try Russian officials for war crimes, reports The Sydney Morning Herald.

With this dire situation occurring for Ukrainian populations, it’s crucial to protect the at-risk minority groups who will suffer greatly if Russia successfully invades. Global support is necessary if Ukraine is to stave off the mass military assault. One small yet significant way to offer said support is to donate to advocacy groups if it is at all possible.