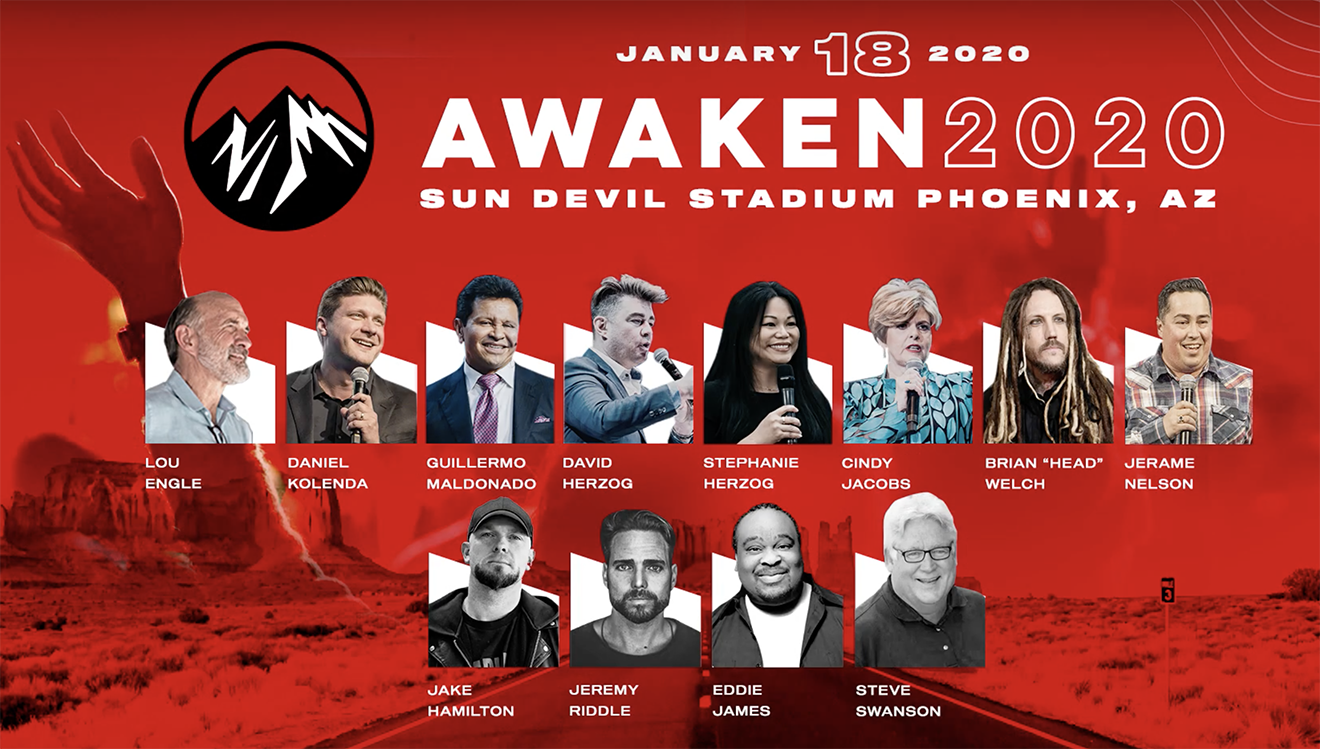 US rapper Kanye West has announced he will appear at Awaken 2020, a stadium-sized prayer rally that includes some of the US’s most anti-LGBTIQ activist speakers.

The Arizona event includes Dominionist preachers like Lou Engle and Cindy Jacobs. Dominionists are part of the New Apostolic Reformation (NAR) movement that seeks to bring about a theocratic government. NAR considers those with different views to be infidels who are under the influence of demonic forces.

The agenda and beliefs of some of these speakers are out there and scarily homophobic. Let’s start with Engle who has likened the US to Nazi Germany because of gay rights and sang the praises of Uganda’s “Kill The Gays” bill.

Cindy Jacobs claims the death of thousands of birds and fish in Arkansas was because Don’t Ask/Don’t Tell was repealed.

The NAR movement has close ties to Russia and are fans of Putin. They’ve supported Russia’s violent crackdown and suppression of its LGBTIQ community LGBTNation reports.

In recent years West has become a hard-right Christian and devout worshipper of Donald Trump. One of the songs from his new gospel album is an ode to Chick-fil-A, the fast-food chain that sponsors anti-LGBTIQ groups.

In 2019 West attended the church of a pastor with anti-LGBTIQ beliefs. The multi-millionaire pastor, Joel Osteen said in 2009, “The scripture shows that it’s a sin…  I don’t believe homosexuality is God’s best for a person’s life. Sin means to miss the mark.”

He added: “I say it’s wrong because that’s what the scripture says.”

This is quite a turnaround for West who, in a 2005 interview with MTV News said, “Everybody in hip-hop discriminates against gay people.”

“Matter of fact, the exact opposite word of ‘hip-hop,’ I think, is ‘gay.’ You play a record and if it’s wack, ‘That’s gay, dog!’ And I wanna just come on TV and just tell my rappers, just tell my friends, ‘Yo, stop it fam,’” West said.