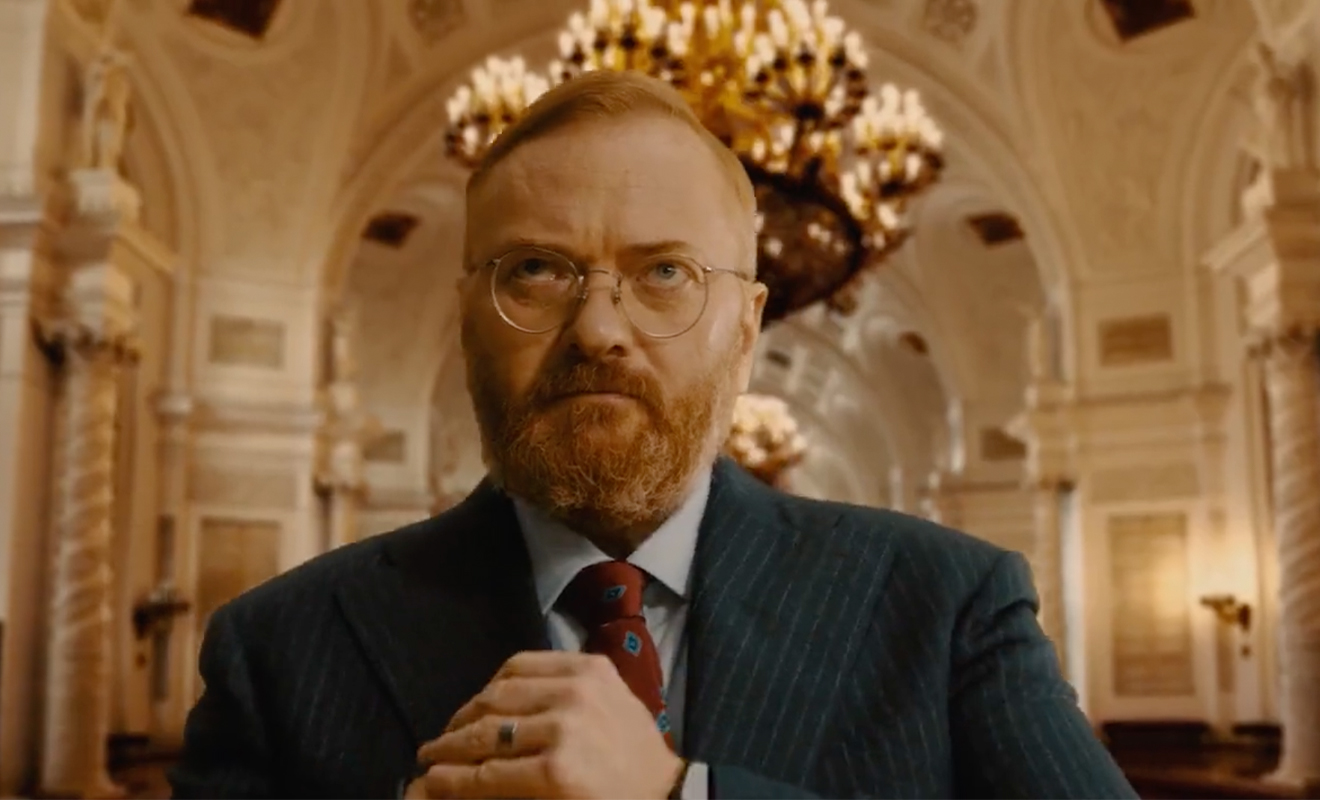 Vitaly Milonov in I'm Not Gay (Screencapture via Trailer)

Vitaly Milonov is a notoriously anti-gay politician in Russia, whose claim to fame is drafting the anti-LGBTQIA+ propaganda laws in 2013 tat make it illegal to discuss homosexuality. In a bizarre twist, Milonov is now the host of an online reality programme called I’m Not Gay in which straight male contestants must try to guess who among them is actually gay, reports The Times.

Russian society has deeply rooted “traditional values” under a conservative dictatorship that restricts the LGBTQIA+ community. The propaganda laws prohibiting the “promotion” of a gay lifestyle are, in part, the work of Vitaly Milonov.

These 2013 propaganda laws are a major reason the international community is aware of the country’s sentiments. It is not a crime to be gay in Russia, but it is illegal to be married and to demonstrate your sexuality openly.

Since the invasion of Ukraine, this dire picture of LGBTQIA+ rights in Russia has sharpened, and the outlook doesn’t seem hopeful. A covert operative leaked official documents where specific Ukrainian targets were mentioned with the intention of having them killed. The so-called kill lists included prominent LGBTQIA+ figures and activists.

Returning to Vitaly Milonov, as a member of the State Duma he went on record in 2021 comparing gay people to stray animals that should be kept in shelters, reports Pink News.

“We have to be humane. How do we fight stray cats? We sterilise them. And gays should be sterilised, too,” says Milonov. The politician called gay people the, “lowest stage of development of the animal world”.

According to Pink News, Milonov warned gay athletes attending the Olympic Games in Sochi that any displays of homosexuality would see them fined or arrested. When asked years later in 2019 whether he felt gay people were dangerous he said, “A piece of s**t is not dangerous, but it’s quite unpleasant to see on the streets.”

Milonov is now the host of I’m Not Gay and appears to be using it to inspire anti-gay behaviour. The premise of the show is that eight male contestants move into a house together and one of them is secretly gay. If the other seven straight men identify the gay contestant they split prize money, but if they don’t, then it goes to the gay contestant, reports The Times.

At first glance, it would seem as though this would violate Milonov’s own propaganda laws as it is showing LGBTQIA+ content (sort of). But the intro for the series demonstrates that the feelings towards the gay contestant are less than favourable and the nature of the show becomes clear.

At the start, Milonov is seen instructing the contestants to find the gay housemate to expel him and then he makes a throat-slitting gesture with his hand.

With the war raging on, Milonov’s appearances only works to deepen the fear many LGBTQIA+ people have about Russia succeeding.

Ukrainian President Volodymyr Zelensky has shown a progressive attitude towards the queer community in Ukraine and many activists found they have been able to make headway on bettering the rights of LGBTQIA+ individuals before the invasion. However, if Russia is successful, those rights are guaranteed to be taken away.

If you are able to, consider donating to the Ukrainian effort to save their country. Visit this website for more information, resources and donation links.