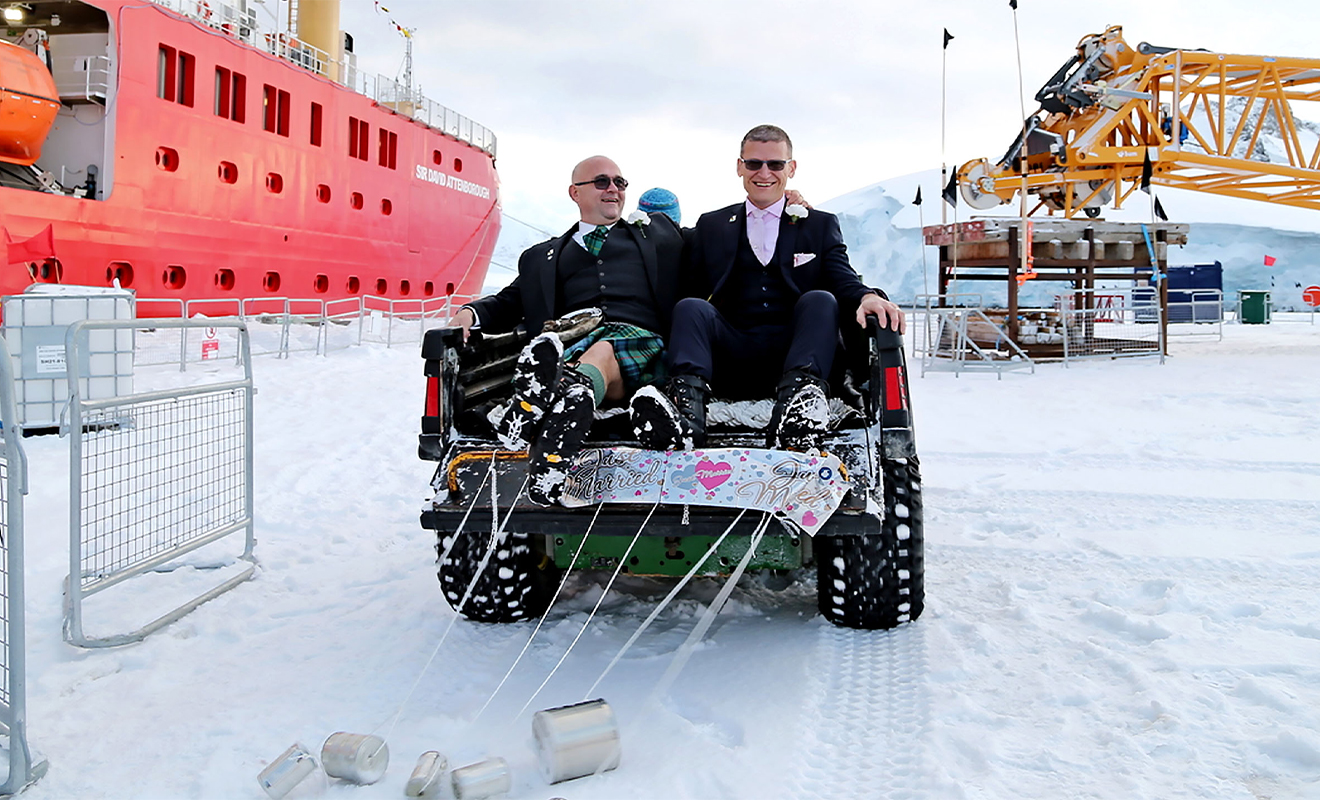 In another historic Love Wins story, Stephen Carpenter and Eric Bourne have been married in British Antarctica. The novel wedding means that gay marriage has occurred on every continent on Earth, reports BBC News.

THEY PROBABLY GOT COLD FEET, BUT NOT THE USUAL KIND

The happy newlyweds got married on Sunday, April 24 in the British Antarctica Territory where they were both working on a research vessel.

Carpenter and Bourne have been together for two decades and felt that the beauty of the Antarctic tundra felt like the perfect place to finally tie the knot. “Antarctica is such an incredible place,” says Stephen. “We have been together for 20 years but now we’ve both been to Antarctica together, it felt like the perfect place for us to finally tie the knot.”

According to Xtra, the couple weren’t bothered by not being married yet but the crew aboard the RSS Sir David Attenborough suggested they get married while there and throw a great party. “The crew thought it would be fabulous if we got married, and that it would be a great party,” says Stephen. “I think it was, like, minus six? And I’ve got a kilt on, so the photos were all a little bit rushed.”

The husbands have reportedly always felt grateful that despite being thousands of kilometres away from home with a small crew, they are accepted and treated without any prejudice.

“We’re both very proud to be the first same-sex marriage to happen in British Antarctic Territory,” Bourne says. “We feel very lucky to be able to live and work in such an incredible community and place together.”

Our congratulations to the couple who have unwittingly made history with their wedding.