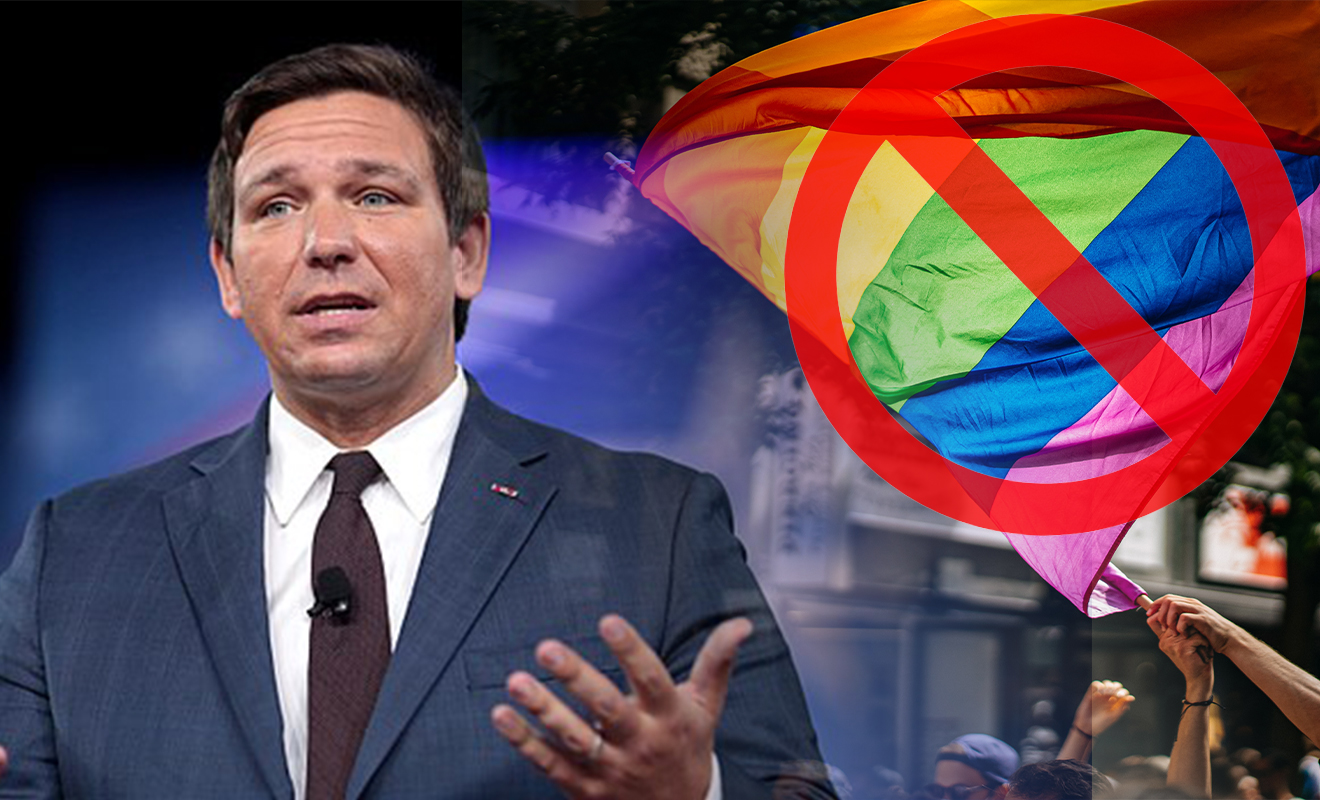 On Monday, March 28, Florida’s Governor Ron DeSantis signed the Parental Rights In Education bill, dubbed the Don’t Say Gay bill by critics, making it law in the state of Florida. The controversial bill has been under intense scrutiny since its introduction to the House Of Representatives with pundits on both sides of the political divide debating the merits and detriments of the legislation. Now that the bill has become law, many progressives feel a major step backwards has been taken, reports Advocate.

TO RECAP, A WHOLE COMMUNITY FEELS CENSORED AND ERASED

The Don’t Say Gay bill mandates that teachers are legally banned from being able to discuss any topics of gender identity or sexual orientation with students aged from kindergarten through to third grade. However, the wording of the bill doesn’t stipulate the restrictions to that age group.

The specific phrasing says, “classroom instruction by school personnel or third parties on sexual orientation or gender identity may not occur in kindergarten through grade three or in a manner that is not age appropriate or developmentally appropriate for students in accordance with state standards”.

According to CNN, Governor DeSantis and the GOP are receiving widespread backlash over the bill from both LGBTQIA+ advocates and progressive leadership nationwide. The furore hasn’t been confined to just the US; international focus has been on the anti-LGBTQIA+ legislation being introduced across multiple states this year.

Amit Paley, the CEO and executive director of The Trevor Project, is among those who publicly criticise DeSantis and the bill. Paley says, “LGBTQIA+ youth in Florida deserve better. They deserve to see their history, their families, and themselves reflected in the classroom.

“While I am saddened to see this harmful bill signed into law, I am inspired by the outpouring of support for LGBTQIA+ students we have seen from parents, teachers, celebrities, and their peers. Social support is vital for suicide prevention, and I want to remind LGBTQIA+ youth in Florida and across the country that you are not alone.”

The governor has made public statements endorsing the bill and has firmly denounced that it’s anti-LGBTQIA+. “We’ve also found cases where school districts and individual schools took it upon themselves to decide it’s okay to sexualise the education of very young children,” says DeSantis regarding teaching about gender identity and sexual orientation.

During the interim between the Senate passing the bill and the governor signing it off, many held out hope that DeSantis might be able to be persuaded to veto the legislation. Unfortunately, it comes as no surprise to those familiar with DeSantis that he approved it. He is noted on multiple occasions showing no sign of being swayed against Don’t Say Gay and, furthermore, holds anti-LGBTQIA+ beliefs such as banning trans women from sports.

While spruiking the bill, conservatives have tied it to the idea of parental rights and child protection. It clearly signals to the LGBTQIA+ community that sponsors and supporters of the bill feel that queerness is inherently sexual, perverted and dangerous; otherwise, why would children need protection from learning about these identities?

Looking at the fallout of legislation like Don’t Say Gay, it is clear that the US has a hard battle ahead with anti-queer sentiment. Real lives are being impacted by laws that invalidate one’s existence. It also sets a precedent for how we evaluate LGBTQIA+ communities; Don’t Say Gay dictates that gender identities and sexual orientations that aren’t cisgender and heterosexual respectively are inappropriate for young people.

Many people don’t engage closely and critically with every piece of legislation that gets passed, they entrust that process to the elected officials they vote into power. Today, those officials are saying that talking about LGBTQIA+ people is dangerous.

The repercussions of this anti-queer rhetoric can be devastating. An example would be school boards across the US banning LGBTQIA+ content. A case like this happened in Florida where a school board member filed criminal reports on a memoir belonging to a queer Black author titled All Boys Aren’t Blue, reports Advocate. Does the silencing of representation in that space not feel eerily similar to what the Don’t Say Gay bill is instituting?

Lawmakers in Texas made recent attempts to investigate parents of transgender children for child abuse when those parents sought gender-affirming care for their children. Gender-affirming care can be life-saving for trans youth, but conservatives feel that it would be better that a trans child be taken from their families and put into the foster system than receive validating support. That sentiment does not feel like it’s protecting children at all.

Legislation like Don’t Say Gay may also mean an increase in real physical danger for members of the LGBTQIA+ community. In Georgia, a young trans woman was killed by her own father on March 28, the same day the Don’t Say Gay bill was signed into law, reports Advocate. This is not to say the two events are directly correlative, but it does benchmark the growing animosity against queer people in America.