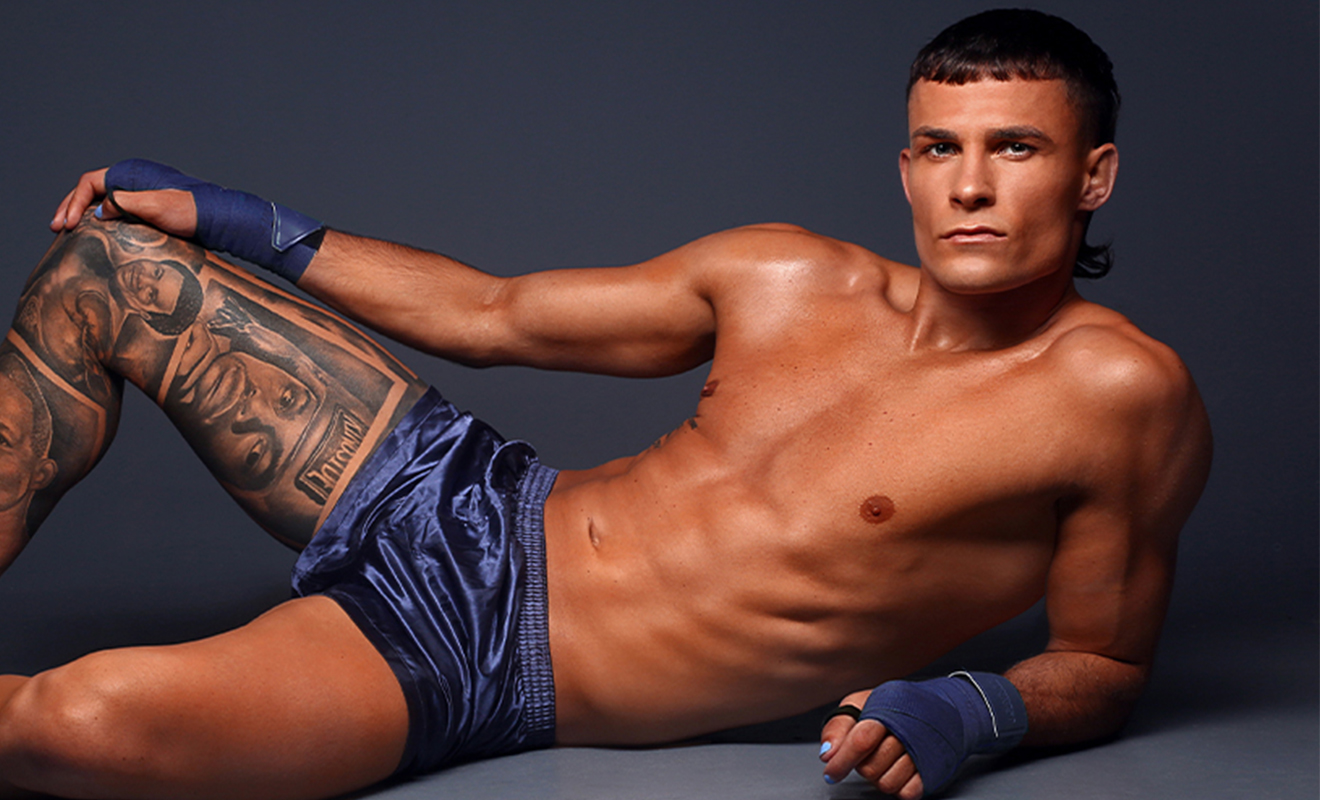 I’d like to do more to actively make the world a better place, but where do you start? I’m nice to everyone, I sort my recycling, I try not to perpetuate the noise on social media. But there’s got to be more.

So I’m always impressed by people who find ways to meaningfully make a difference. When I first noticed boxer Harry Garside, our cover star this month, I recognised him as one of those people, and I wanted to find out more about him and, if possible, get him into DNA where he could share his story.

He seemed to be breaking rules and pushing boundaries in all sorts of positive directions. A boxer, who loves ballet training, who has a fierce bogan mullet, and wears nail varnish. Then he won a bronze medal at the Tokyo Olympics – after threatening to wear a dress to the Opening Ceremony to help break gender stereotypes.

Other members of the DNA team started noticing him, too, and we realised he was someone special. Reaching out on social media, we invited him to be featured in the magazine. He responded almost immediately, saying he’d be honoured. Then, days before our shoot, he appeared in the Parade at the Sydney Gay And Lesbian Mardi Gras with gay boxer, Martin Stark, organiser of the World Gay Boxing Championships. Harry is not just a straight mate, he’s an active LGBTQIA+ advocate.

When I met him at our shoot at Christian Scott’s studio, I was even more impressed. For a start, I didn’t expect him to be so slight. He’s a Lightweight in boxing terms, and that means he’s got to be between 59 and 62 kilograms. He’s about my height but a good 5 to 10kg lighter. By the time I arrived he was already in a tiny pair of briefs, makeup on, and the mullet looking magnificent and ready to shoot.

“This is totally out of my comfort zone,” he told me, “And I love it.” I so admire that. Fear holds most of us back. Harry feels the fear and does it anyway. For the next few hours, we pushed him to make shapes, pose, stretch, twist, stare into bright lights, adjust his junk left and right and up and down. All the usual! And he handled it with incredible patience and grace.

We learned a lot more about him. We found out why a few prominent boxers aren’t on his leg tattoo. He also believes celebrities should be celebrated if they are good people, not just because they are famous for something. And what pivotal moment in his teens helped shape him into the man he is today? You’ll find out in the story by Matthew Myers, starting on page 38.

The other drivers of change in this issue are Chris Glebatsas and Anthony McDonough. If those names are familiar, perhaps you remember them as the power couple who prevent youth suicide and improve mental health. They’re still in the business of making and selling skincare, but their new company, Unlabelled, will be donating one-hundred percent of profits to a variety of organisations that support young people including Kids Help Line, QLife, The Black Dog Institute and Headspace.

“Everyone has the right to be who they are, to express themselves and be proud of their uniqueness. They don’t need to conform to a label or fit a stereotype,” say the boys, emphasising the positive messaging they hope will be part of their community engagement. “Encouraging kids to be themselves, they
can realise they don’t need to fit into a box. It doesn’t matter what your gender, sexuality, race, religion or body type… you shouldn’t be judged on that.”

What a brilliant manifesto – and the polar- opposite of the retrograde laws being passed in Florida and Texas against children. Find out more about Unlabelled and the way DNA is supporting the brand with a special subscription offer.

There is so much to read in this issue; I’m very happy with it. I can’t stop wars or reverse climate change but maybe, in a small way, this magazine can make a positive difference in your life. I hope so. Thank you for reading.