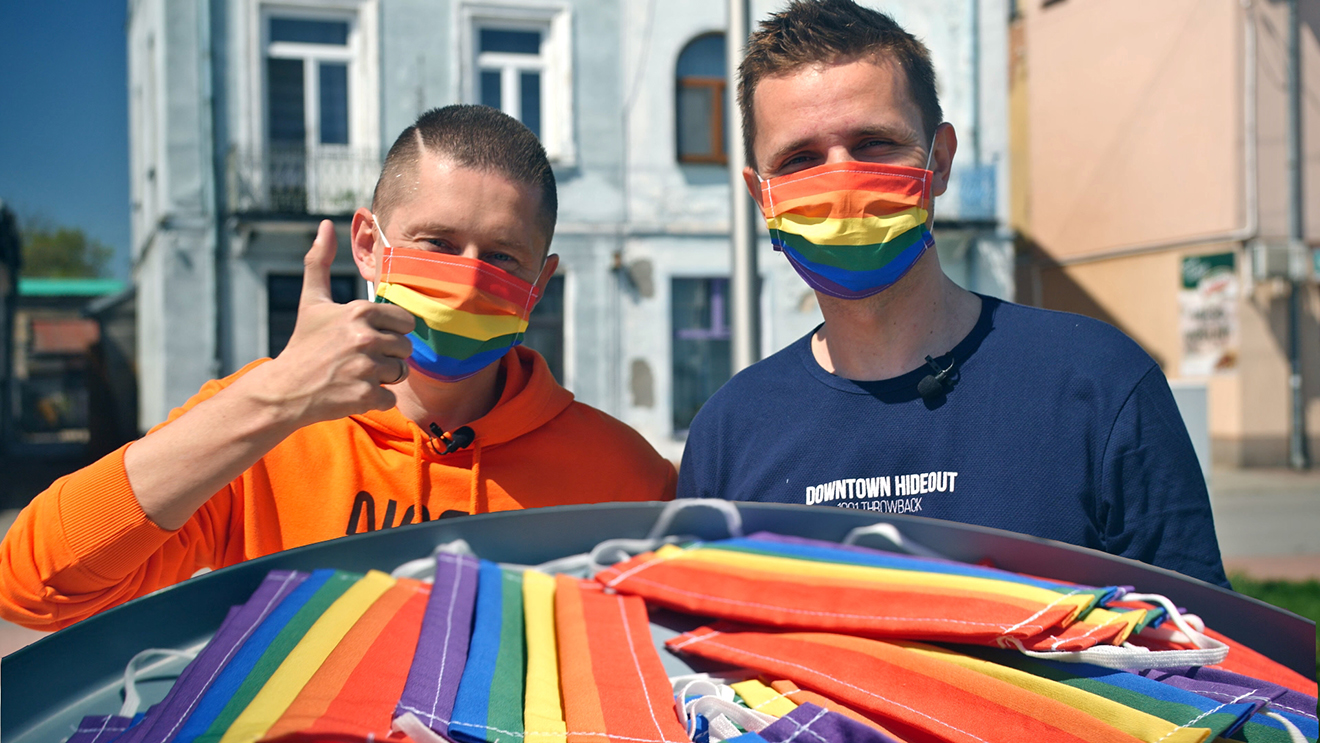 Jakob and Dawid, a gay Polish couple have been visiting the country’s “LGBT-free zones” to fight homophobia and COVID-19 by handing out rainbow face masks.

Over one third of Poland has been declared “LGBT-free” as part of the country’s growing homophobia. In “LGBT-free” zones any act that encourages tolerance is discouraged and organisations that promote equal rights have their funding cut.

Before they ventured into the “LGBT-free zone” Jakob and Dawid handed out rainbow face masks, made using Jakob grandmother’s sewing machine, across Gdańsk, Gdynia and Sopot. Jacob said the reaction although tense at times was overwhelmingly positive.

The couple has since visited Mordy, Trzebieszów and Biała Podlaska, each an “LGBT-free zone”, and gave out 200 masks at each stop.

In Mordy they faced a “tough start”, with one man telling them upon seeing the rainbow design: “Get the f**k out of here or I will punch you in the face.”

But things gradually started to improve. They asked another man: “Are you aware that we do it to spread tolerance?” He responded: “We need some changes.”

A woman in the next town, Trzebieszów, told the couple: “You are spreading tolerance and equality, and we are taking part in it with pleasure.”

The couple were soon almost out of masks, exclaiming: “The priest would be sad – we are happy!”

They added: “Watching so many people with rainbow masks on their faces in such areas was absolutely worth it!”

The homophobia is promoted by the country’s ruling Law and Justice Party (PiS) which frequently attacks the LGBTIQ community labelling it a threat to Poland’s traditional values and as a foreign influence.

See the video of Jacob and Dawid handing out rainbow face masks below.