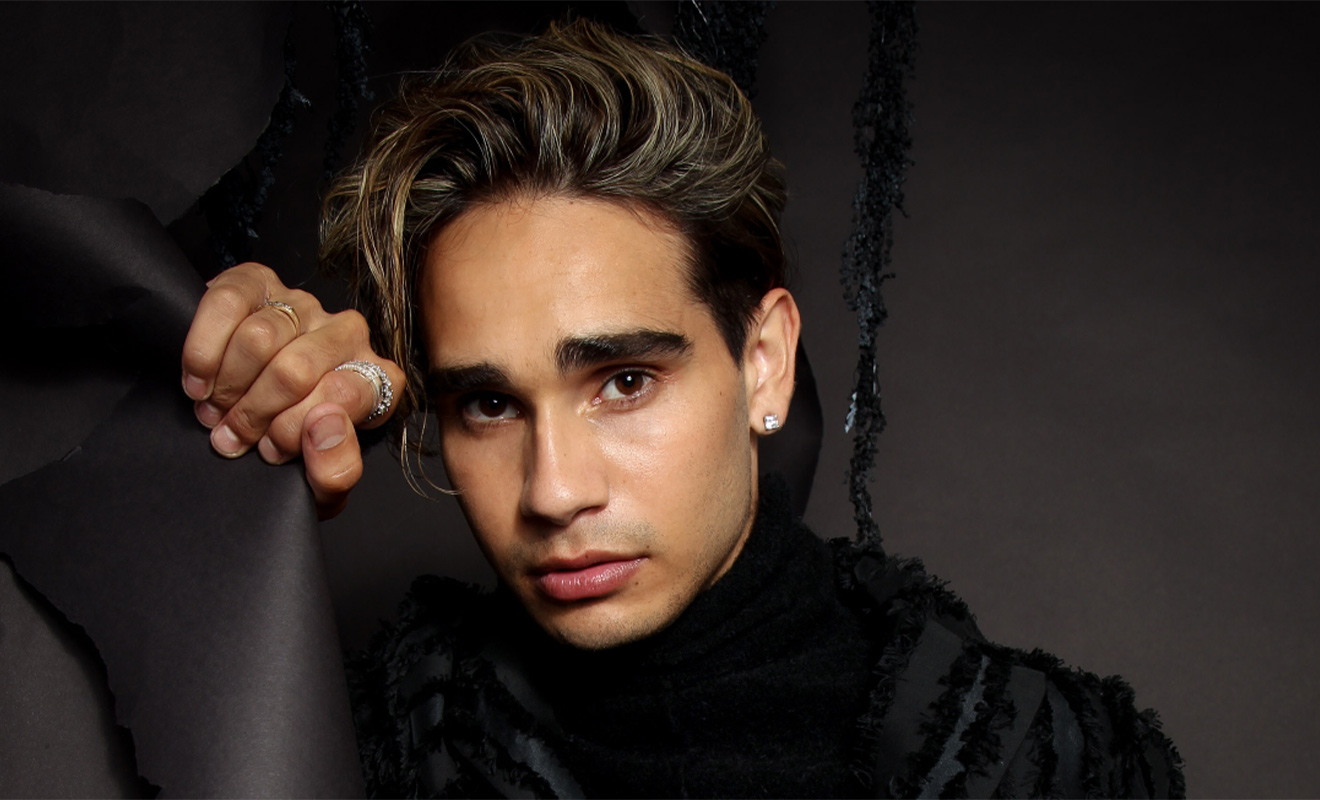 Eurovision – Australia Decides returns in 2022. It’s the nation’s chance to review and choose a song and artist to send to the bigger, more international Eurovision Song Contest set to take place this year in Turin, Italy. DNA has become accustomed to chatting with the familiar names and emerging artists ahead of the national selection, broadcast live on SBS, to see how they’re all feeling.

Also back this year is Isaiah Firebrace, set to duet with Evie Irie on a song called When I’m With You. One of twelve siblings and no stranger to a singing competition. We first became aware of his big smile, dark set eyebrows and flowing curls on the X-Factor in 2016, and since then he’s featured on the Masked Singer, but most recognisable to Eurovision audiences as Australia’s internally selected representative for the 2017 contest in Kyiv.

Isaiah, what made you decide to return to Eurovision?

I have a history of going back to shows and giving them another crack, like I did with X-Factor, but it’s honestly just a super fun experience. C’mon it’s Eurovision! I was like, if I get another chance… 100%, I’m back. Also, coming out of Covid and the entertainment industry opening up again, to be back on stage performing is super exciting.

You entered Don’t Come Easy in 2017 which was written by writing duo DNA Songs… have you worked with them again?

I love working with them, they’re awesome, but no. The stars aligned with the song that I have for Eurovision, which is a duet. I wrote it and collaborated on it with my [as yet unrevealed] duet partner. Even when we heard the demo, we just thought it could go somewhere. We tried to figure out a way we could release it, then when we heard about Eurovision – Australia Decides starting up again, we put it forward and SBS wanted us on board.

“If I get to debut this song, with Evie, this incredible duet partner, and put it out there on a big stage, that’s awesome as a music artist. That’s what you want. But if we make it to Italy, then fuck yeah! That’ll be cool.”

What can you tell us about When I’m With You?

It’s mid-tempo, but it’s got a big chorus. It’s got a ballad feel to it, but it’s also boppy. I did a ballad first time around, but this one is definitely big, it’s not easy to sing. And with my duet partner adding their own flair to it, it creates this really cool dynamic. This time I happened to write a song that is Eurovision-worthy, so that kinda proves my song writing a little bit, haha!

I was so confused with the [SBS’s] reveal process. Is it my song, or is it their song featuring me? Or my song featuring them? Because it was just a collaboration when we made it.

It’s a song that I love, and I think people will too. That’s what I was talking about… Eurovision is just this big creative, fun time!

Last time you were internally selected, how does 2022 voting work?

I know that Australia watches it and they vote for who they want to send. I had this same mentality when I was 17 and went to Eurovision, as in I didn’t care about the competition, or winning, or voting… I just want to be there and enjoy the experience. I’m just happy to debut this song. All you can do is have fun and give it your best shot.

What fond memories do you have from Kyiv, and of Don’t Come Easy?

It’s definitely a bit of a blur. I had just won X-Factor in November 2016, and then by the following January or February, I got approached to do Eurovision and that whole whirlwind was crazy. It was non-stop, and soon enough I was on the plane to the Ukraine, doing all of this press… I look back now wondering how did I do all that? I was so young.

Did you get a commemorative tattoo?

Haha, no… but I have been getting tattoos recently. Maybe this time around. There are still fond memories though. Being someone from the country, being on a plane, never having been out of Australia and in Europe was cool. The best memory though is when it got revealed to the media, because again, I really didn’t want to have to keep that secret!

The iso version of Don’t Come Easy on your YouTube sounds more mature, that you’ve been looking back and are reflective.

For sure, when I did Eurovision for the first time I was only 17. Even when I look and listen back to some of my X-Factor performances I was a bit of a deer in headlights! I have definitely grown from all of that, vocally and as a person.

The Don’t Come Easy re-record I did… when I was recording it, I was like, ‘this should’ve been how I did it in the original’. I can also hear it in my voice–it has gotten stronger and I feel I can emote more things in a more mature way. I can see how much I have grown, from 17 to now, turning 22, so much has happened.

What advice would you give your younger self, or young artists being propelled to fame early and quickly?

I was this kid who had his life turned on its head. Everyone was telling me how good I was, that I’d won this show! I couldn’t even believe that about myself, that I had this ‘career’, was someone that was ‘well-known’. That didn’t really hit me until recently when I went home to Melbourne and I had a chance to stop.

I now have more of a sense of worth and pride, and I am proud of myself and the things I’ve done. I’ve always loved having a voice and the gift I have. I think a big part of someone’s self-growth is taking ownership of who you are and what you have.

What do you see for yourself post-Eurovision?

I want to keep writing my own authentic songs, my stories, and not be so ‘middle of the road’. Be deeper, dive into my artistry and make the music that I love.

Earlier in my career I was definitely influenced to go in a certain direction, pick songs that weren’t necessarily me, but now I’ve got my mind focused on my stories, what I want to tell and I want to stand by that. That’s what music is all about. Being vulnerable and sharing those things, that’s how you really connect with people.

I feel I’ve got a lot to offer with my voice and song writing, my diversity and my background. I feel I’ve only just come of age, taken everything in, and really seen myself for who I am.

Is releasing music when it’s ready reflective of how people digest music now?

Streaming is so crazy these days, how easy it is to get a song up on platforms, even for independent artists.

I have had, I think, great songs in my vault for ages. Sure, you can put a song out when it is fresh and ready, and moving forward I’d like to release music that way. It gets to the fans straight away, but I have to grow with songs too. There’s an aspect where you release it when it feels right.

Besides your haircut, what will be different about performing live after the pandemic?

Haha, I didn’t do my hair today, it’s under a hat. Eurovision is a pretty big stage and a big audience, so I’m gonna be nervous! But I’ll be more confident, more grounded in myself. I look back at my performances in the past and I’m really into it, giving it my all… that will always remain the same. Maybe, more swagger now! I feel really happy at the moment and I can really show that when the performance comes.

There’re some cheeky, shirtless photos on your Instagram, when can we have you over for a DNA photoshoot?

Haha, we’ll have to organise that… maybe. It’s… uh, cool to embrace your sexy side. That’s all I’m going to say [laughs].

What message do you have for DNA readers?

I know that I’ve got a lot of fans in the community, in my family, and I’m such a big supporter. We all want the same thing; we all want love. We all want positivity. We’re all human at the end of the day.

I just want to say thanks to all my fans. I feel really grateful to have fans from the LGBTQI+… A… (I feel rude when I get it wrong), but I’m always so grateful for all the support. I’d just like to encourage everyone out there to keep being you, keep being authentic. Shine bright! Shine bright!

Eurovision – Australia Decides 2022 airs live and exclusively on SBS and SBS On Demand on Saturday 26 February (AEST). When I’m With You ft. Evie Irie is out now!