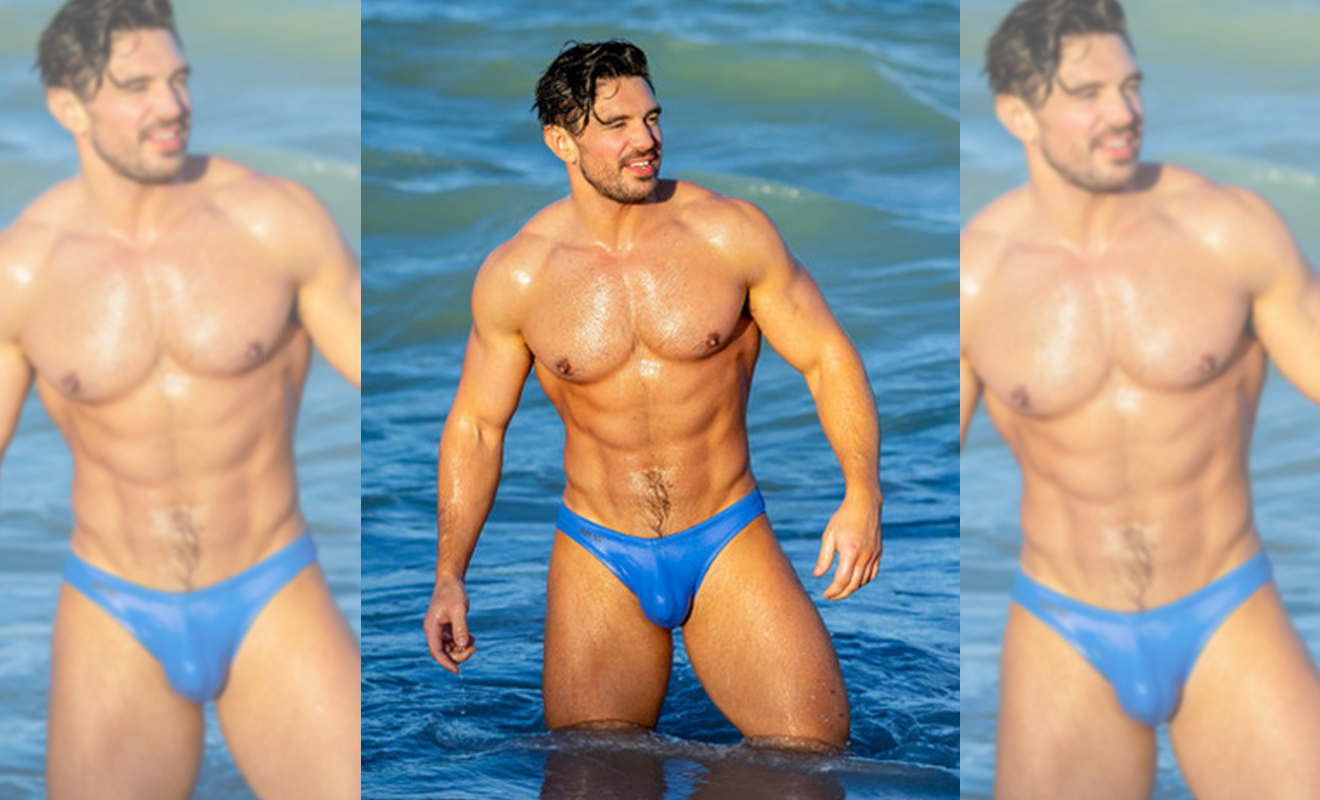 Musician, model and Grand Axis swimwear founder, Steve Grand has had his business account suspended by Twitter for violating guidelines on so-called “sensitive” content. Grand Axis is an underwear and swimwear brand that caters to men and was founded by DNA #266 cover model Steve Grand who, understandably, feels perplexed by the decision.

Considering Twitter’s relaxed stance on nudity, it has become one of the last remaining major platforms for adult content creators to post freely. With this is mind, a brand like Grand Axis should be safe to post images and videos of men wearing swimwear or underwear without consequence.

According to Steve, Twitter’s algorithm flagged the Grand Axis account and has suspended it. Furthermore, after reviewing the appeal, Twitter has notified Steve that the account will not be restored.

“I understand that Twitter has a monumental task when it comes to keeping the community safe and accessible to all kinds of people with all different beliefs and values all over the world. That includes children,” says Steve. “I also understand that what makes something ‘adult content’ is highly subjective and that we all have a different idea about where, how, and when to draw that line.”

The reasons given for banning the account were that the profile picture violated Twitter’s sensitive content restrictions. It comes as a surprise for some that an image of Grand wearing swimwear, a professional shoot on a business account, no less, would be enough to warrant a complete suspension.

“As a small business owner, being able to connect with my customers to get their feedback and post about our products is essential,” says Grand. “In 2022, people expect to be able to connect with brands and learn about new products on social media. That personal accessibility is one of the few, shrinking competitive advantages a small business like mine has over large corporations.”

As dictated by Twitter, the guidelines for sensitive content say, “You may not post media that is excessively gory or share violent or adult content within live video or in profile or header images. Media depicting sexual violence and/or assault is also not permitted.”

The image that Steve Grand supposedly violated these guidelines with is pictured below and was the Grand Axis account profile picture. After having the account suspended and then subsequently reinstated after a review, Grand believed the profile was alright to keep.

Knowing that the section of the guideline that were violated mention excessive gore and violence on the same line, do you feel the image is too risky?