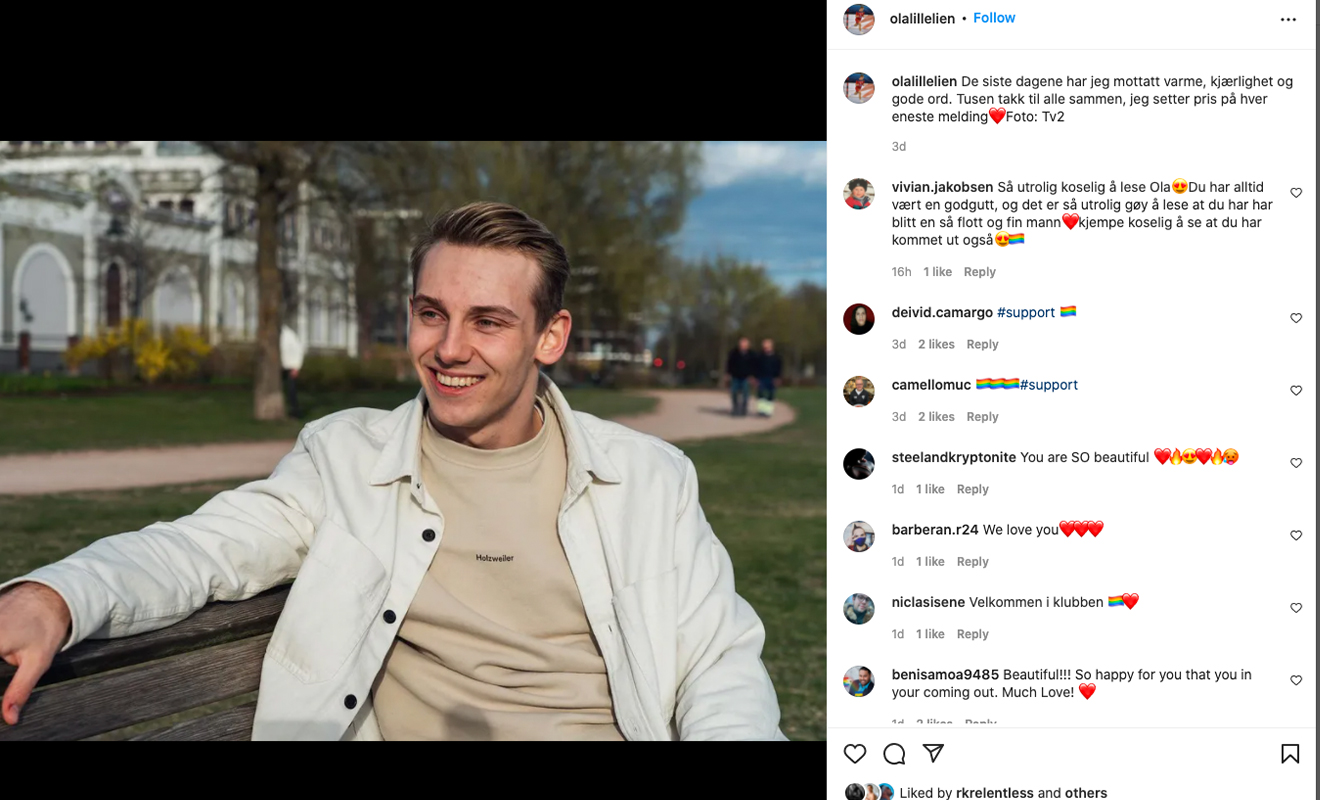 Norwegian handball player Ola Hoftun Lillelien came out as gay on the anniversary of homosexuality being decriminalised in Norway. The 22-year-old athlete came out via social media post where he quoted a king, reports Outsports.

On an Instagram post, Lillelien says, “April 21, 2022, it is 50 years since it was decriminalised to love whoever you want in Norway. This post is not posted for me to receive confirmation or recognition, but for me to proudly thank those who before me have fought for my right to love the one I want.”

According to Outsports, handball is a very popular sport in Europe therefore Lillelien’s coming out is significant and can stand to be inspirational to those who eagerly watch him and his team. His team, his family and his fans are reportedly very supportive.

“I have been thinking for a long time about whether I should publish this post, but I now understand that it is something I want. Not for my own part, but to be a role model. Not just for young people, but for everyone,” he says.

Seemingly, Ola’s coming out has led him to his “handsome boy” that he mentioned wanting to find. In a subsequent Instagram post, he is shown with a man named Jonathon Høiland in a series of adorable pictures. The caption says, “Was so happy with this year’s Easter bunny, so I kept him. Thank you, Tinder.”

We wish Ola Hoftun Lillelien all the best with his new man, and we welcome him into the LGBTQIA+ family!