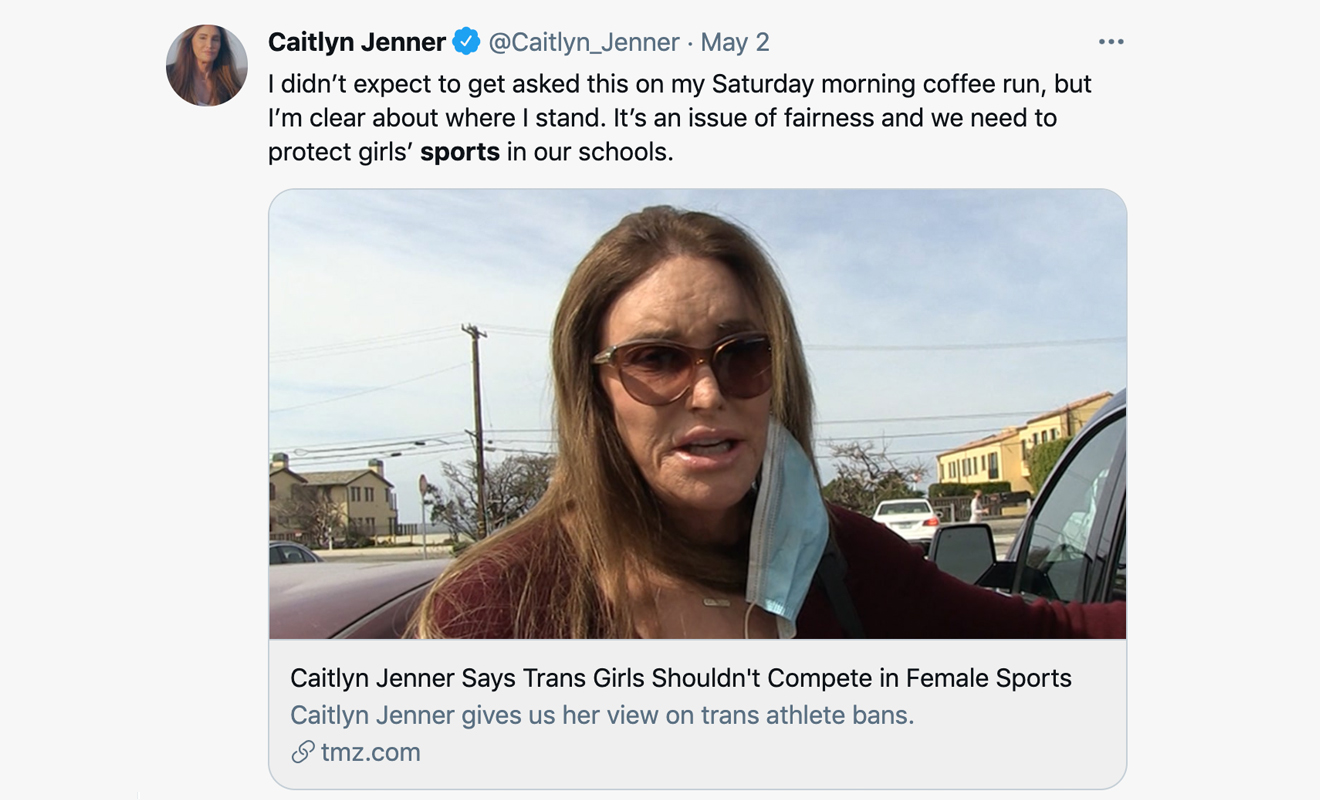 Only days after announcing her run for State Governor of California, Caitlin Jenner has doubled down on comments she made over the weekend, tweeting that trans girls should not compete in women’s sports as it’s an “issue of fairness”, reports The Advocate.

When asked about the large number of anti-trans bills being introduced in the US this year, particularly related to the inclusion of transgender people in sport, Jenner remarked that she opposes “biological boys who are trans competing in girls’ sports in school”.

Jenner’s comments have received major backlash online from transgender activists, with many criticising Jenner for spreading misinformation, transphobia and for pandering to the Republican party and voter base.

Transgender activists are also concerned that Jenner’s comments could provide ammunition for conservative members of the government and general public to continue anti-trans rhetoric and reinforce transphobic views.