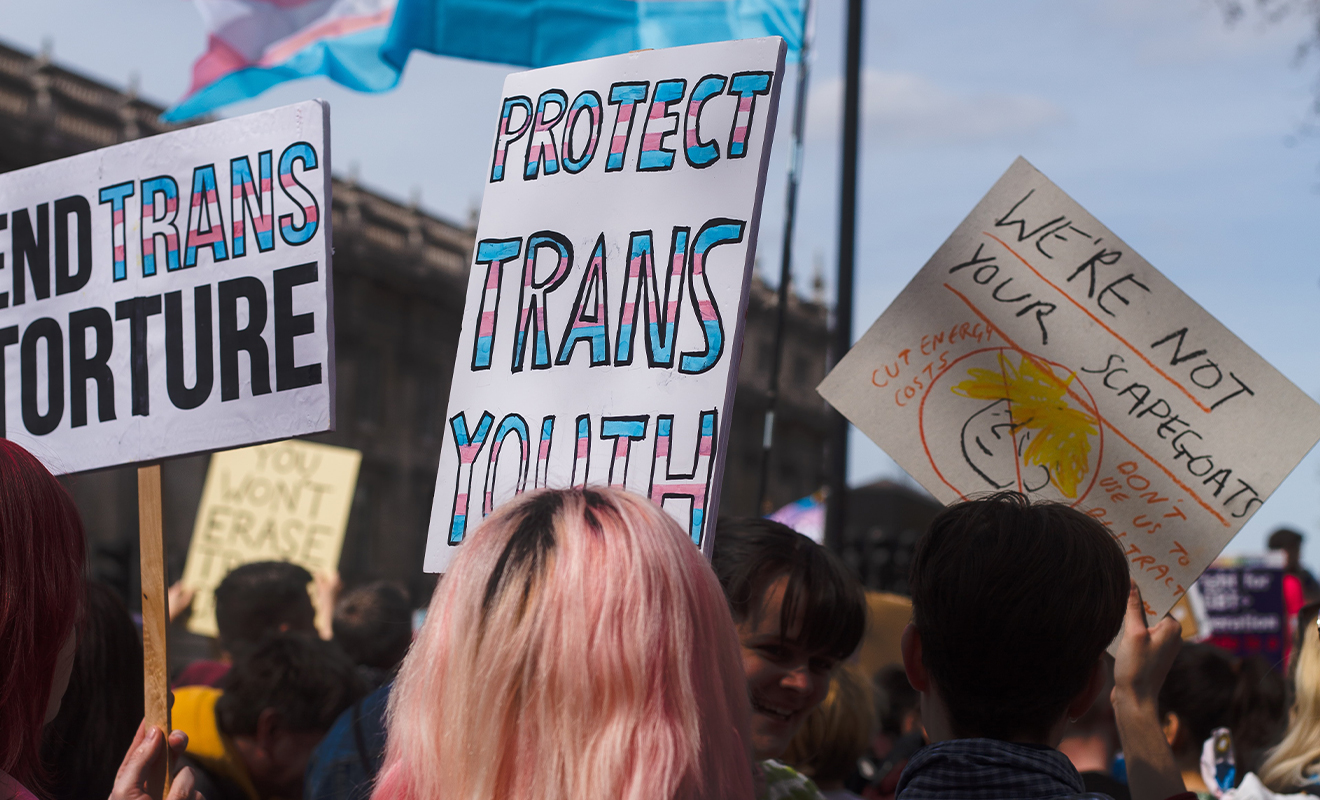 It’s an often-used tool from the conservative playbook to claim anti-trans agendas are backed by science, but the Alabama laws restricting care for trans youth are being discredited as science-based by experts, reports Advocate.

YOU CAN’T HIDE BEHIND SCIENCE THAT IS FAULTY

The US has a staggering amount of legislation pertaining to transgender youth currently being considered. While LGBTQIA+ advocates campaign hard against these bills, scientists and experts are now joining the conversation to discredit the idea that gender-affirming care is child abuse.

On April 8 this year, Alabama Governor Kay Ivey approved two bills that made it illegal to receive or provide gender-affirming care for transgender youth and forces students to use bathrooms of the gender assigned at birth, reports The Guardian.

Alabama might be one of the more recent states to introduce transphobic legislation but they are far from the first. Debate about gender-affirming care remains a staple for Republican lawmakers looking to make a splash with agenda-based legislature.

One of the major contributing factors for Governor Ivey approving these laws was a report written by Texas Attorney-General Ken Paxton. The claims made in this Opinion included gender dysphoria being a temporary affliction that goes away without treatment, reports The Advocate.

The Yale School Of Medicine have released their own study that says, “After examining the [Texas Attorney General’s] Opinion and the findings of ‘fact’ in the Alabama Law in detail, we conclude that their medical claims are not grounded in reputable science and are full of errors of omission and inclusion.”

Part of the conclusions the research found were that Paxton’s Opinion omitted the benefits of providing gender-affirming care and drew the false conclusion that it is common for children to be peer-pressured into transitioning. Other false claims in the report are that hormone therapies are provided for children before puberty and that surgeries on genital and reproductive systems are common for minors.

The authors of Yale’s study all conclude these are categorically untrue. “We need to call for fact-based checks on legal opinions and legislation,” says Meredithe McNamara. “Scientists need to have a seat at the table. And perhaps most importantly, there must be a penalty for writing fake science into law. Trans and nonbinary youth are facing the fight of their lives to simply exist and we can’t let them stand alone. This is a matter of life and death.”

The essential directives of the study involve calling out the falsehoods that are being taken as truth to play with the lives of LGBTQIA+ communities. It is unacceptable that half-truths and fictions are being used to determine the rights of young people.