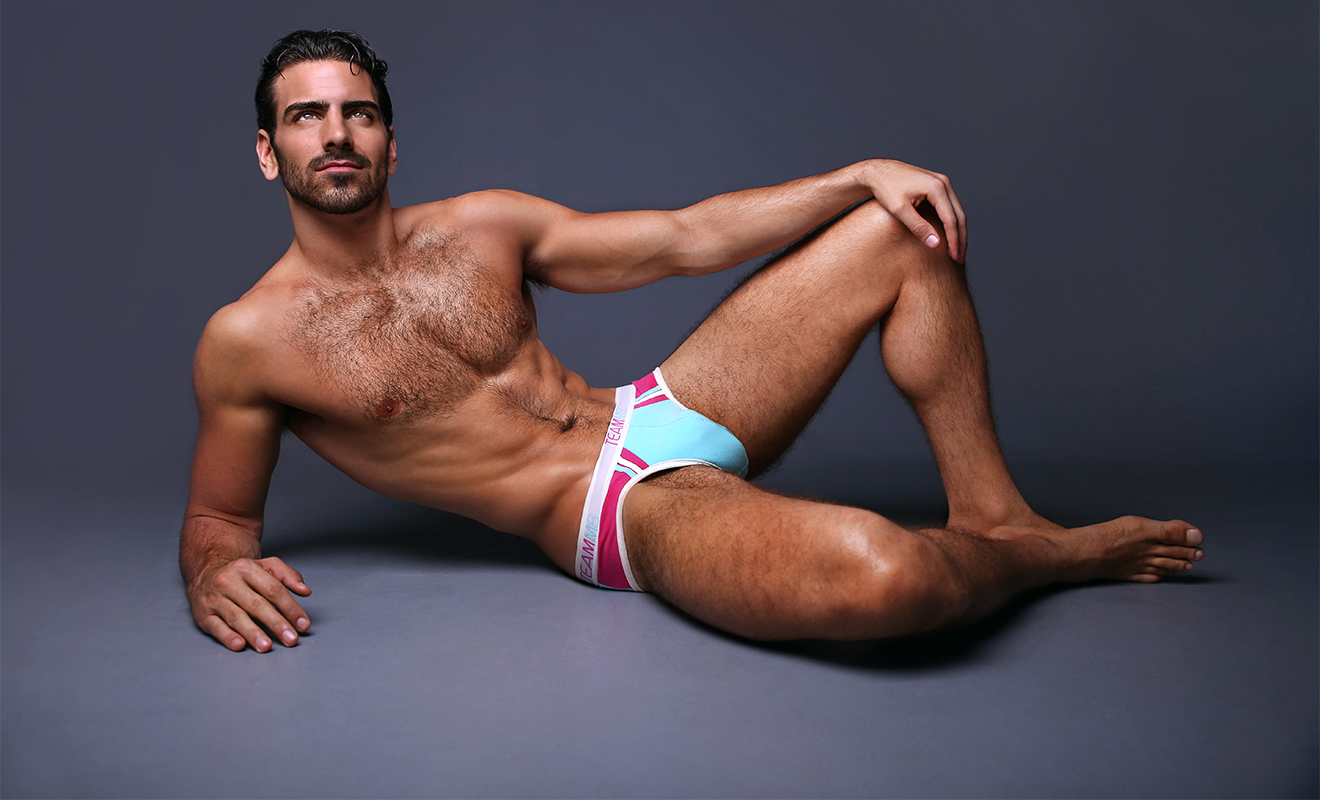 We were first introduced to Nyle DiMarco after he won season 22 of America’s Next Top Model. That wasn’t the last we saw of him, he went on to win Dancing With The Stars and has graced the covers of many magazines including DNA #193.

Since then, he has proven to be more than just a pretty face – although he is that, too. DiMarco’s new memoir Deaf Utopia is a love letter to the Deaf community and a deeply personal telling of Deaf culture from his perspective, reports Entertainment Weekly.

NOT JUST A PRETTY FACE

The title of the memoir is derived from Nyle’s blissful childhood. He reports that he is fourth generation deaf, which is a rarity among the community with only 10 percent of deaf people having deaf parents, reports Entertainment Weekly. Despite his Adonis-level good looks and idyllic family upbringing, being deaf has wrought its unique hardships for DiMarco and he has found strength and unity within his community. His unique perspective also comes from identifying as sexually fluid; it’s these overlapping identities which make Nyle such a strong advocate for his communities.

Nyle uses his platform as a model, actor and producer to advocate for the Deaf community every chance he can. On his season of ANTM, DiMarco had a moment where he was left without an interpreter for hours and hence had no avenue to communicate with the hearing contestants or crew.

“Producers should just ask people what they need,” says Nyle. “At ANTM, I was never asked what I needed, it was just other people’s assumptions. And there were a lot of mistakes made in the process that were easily preventable.”

These misconceptions are detailed in Deaf Utopia; it’s a memoir made to celebrate the Deaf community, but it doubles as an anecdotal guide that hearing people can use to unlearn problematic behaviours related to being around deaf people.

According to EW, DiMarco details his parents’ experience of learning that Nyle and his twin brother Nico are deaf. The doctor feared the news would come as a disappointment not realising that the Deaf community has a rich culture and doesn’t feel shame around being unhearing. Stories like these are important for hearing people to know and they help us to break down those misconceptions.

“I definitely think a lot of hearing people don’t realise that we have a culture and that we have a very rich community,” says Nyle. Looking at the challenges Deaf people face with representation, Nyle has been at the helm of many projects that bring the culture and community to the forefront of the mainstream consciousness. He produces the reality program Deaf U on Netflix that followed deaf students at Gallaudet, the one university for Deaf people in the US, as well as being apart of the Oscar-nominated documentary Audible.

“I have never seen an accurate fiction [in films or TV] of something that really reflects my own experience,” he says. “Most of the time when we’re pitching ideas, the big question is can we sell a story with deaf people in it? But now CODA has removed all doubt, there’s no excuse anymore.”

When we had the chance to sit down with Nyle for DNA #193, he told us that what he wants the most is for deaf people to be 100 percent heard. He says, “Respect our requests because we know what is best for ourselves. Give us a voice. Learn sign language. Become an ally.”