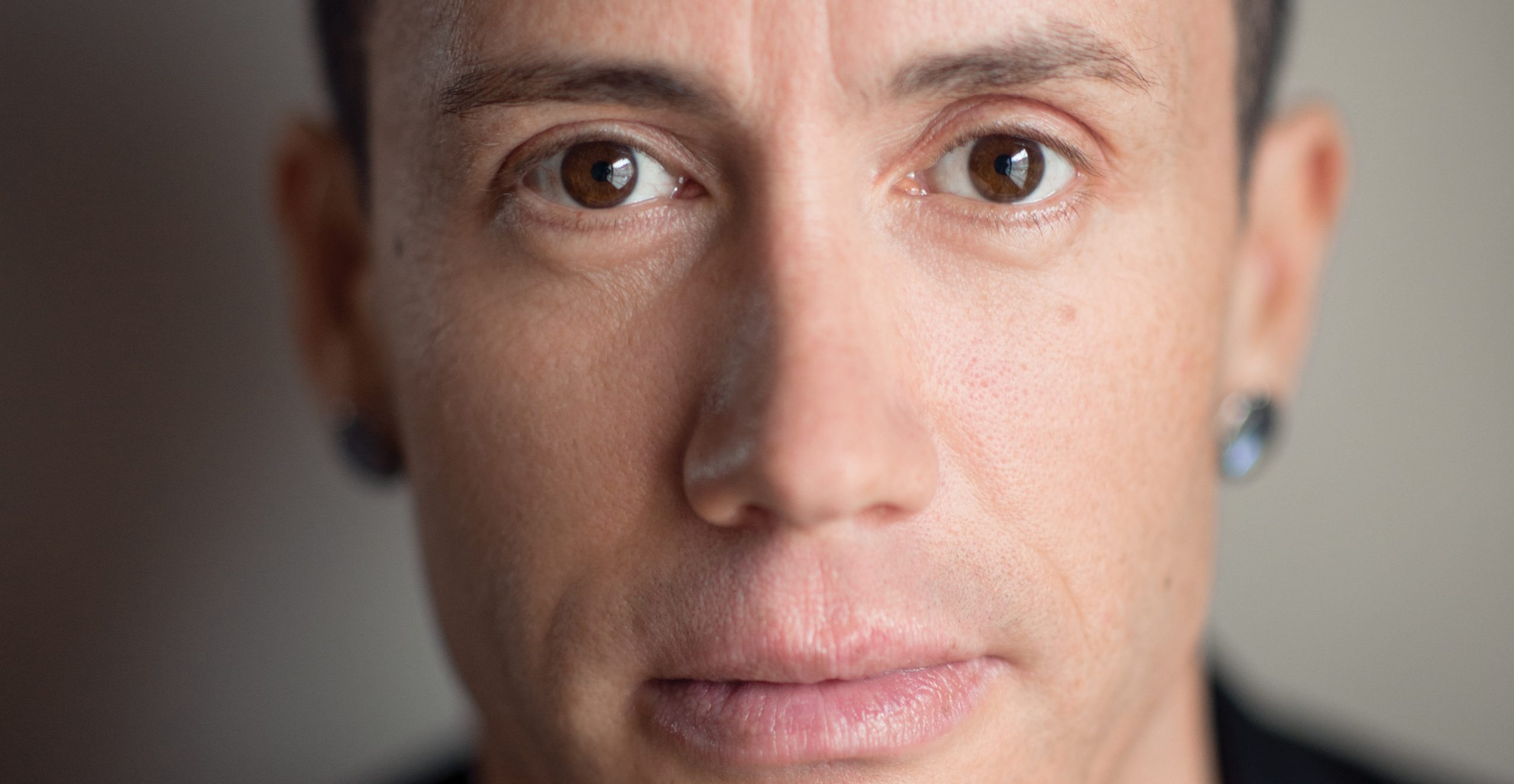 iOTA may not be a household name, but he comes with over 25 years experience in Australian show business as a multi award-winning singer, songwriter, musician, producer, playwright, stage performer, film actor and visual artist… and that’s only the half of it!

DNA caught up with him the day his new song, Life, dropped. If this song wins Eurovision: Australia Decides, he will represent Australia at the Eurovision Song Contest in Rotterdam in May.

The theme in Rotterdam this year is Open Up. For those unfamiliar with iOTA, would you mind opening up and sharing a brief history of your life?
Fuck! Some of those things in your intro make me sound a little more exotic than I really am. I’ve always been into music and performing. From the beginning, you know, as a 16-17 year old guitarist in a garage with my mates. Then I moved to Sydney and I was in a band, quit that band, got into another band, quit that band, became solo, changed my name legally to iOTA [previous name Sean Hape] and released an album. And then it went kaboom!

And everything was great. Eventually I got an offer to be in a theatre show and then that took off, won awards from where a few movie opportunities came my way. Now I move from one thing to the other, whenever a great offer comes up. I get inspired to create new music, paint or do whatever. It’s all out there for me to grab onto whenever I get the urge.

It’s quite the indie career, what brings you to the pop-tastic world of Eurovision?
It’s not exactly what I imagined I’d be doing. I wasn’t all that familiar with Eurovision, although I know it exists, because, you know, I live in the world too. I’m not a competition guy. It was just sold to me really well by Paul Clarke [Creative Director of Eurovision: Australia Decides and Director of Blink TV], and he explained that it was an exhibition. I thought, “Well that’s a nice way to put it!”

I feel you woke up one day and thought, “I think I’m going to conquer Eurovision today!“
[Laughs] We’ll see. There are some mighty voices, and mighty performers I’m sharing the stage with.

Yes, some well-known contemporaries, and others just starting out.
I’m not going, “I’m gonna kick everyone’s arse!” I just don’t feel like that. I just want to be the best that I can be – which sounds incredibly wanky – and I hate saying it, and I always do, it’s how I feel. If I feel happy when I’m finished doing my song where I did everything I could, then… The great opportunity here is to be seen by many people.

Obviously if I win, great! Like I said, I’m not a competition guy. We’re artists, we should only be supportive and helpful to each other. I hope I get there and we all get to be mates. Happy, happy artists!

Tell us about your song Life.
A guy named Jesse Watt wrote it. I was given the demo and it grew on me – it’s very hooky. It’s hard not to like a song you’ve heard 2,000 times, that I’ll probably sing another 2,000 times! I love the message of it, I love that it’s optimistic, I get to sing up, I get to sing down, it’s got great dynamics, and I like the build. [Sighs] It’s just awesome!

In the music video you wear a pink onesie and get naked. Is that how you’re going to bring Life to life on stage in the Gold Coast?
I’ll probably start naked. And slowly get dressed [Laughs]. The onesie is something I’ve had lying around for a while, but it’s not that. It’s way better! And obviously I’m not going to talk about it now…

Thinking about the characters you’ve played, and not limited to: Frank N Furter in Rocky Horror, the title role in Hedwig And the Angry Itch, and the flame-throwing Doof Warrior on a beast truck in Max Max: Fury Road, how will being this Eurovision character compare?
The Eurovision character is someone who is saying, “Alright people, let’s enjoy this! There’s some shit things going on in the world, there’re some equally fantastic things going on in the world. Let’s focus on the good shit, let’s live and have a wonderful time!”

Will Life form part of an album of new material?
Yes, I hope so.

What message do you have for people reading this right now?
Be great, great human beings – to all human beings!