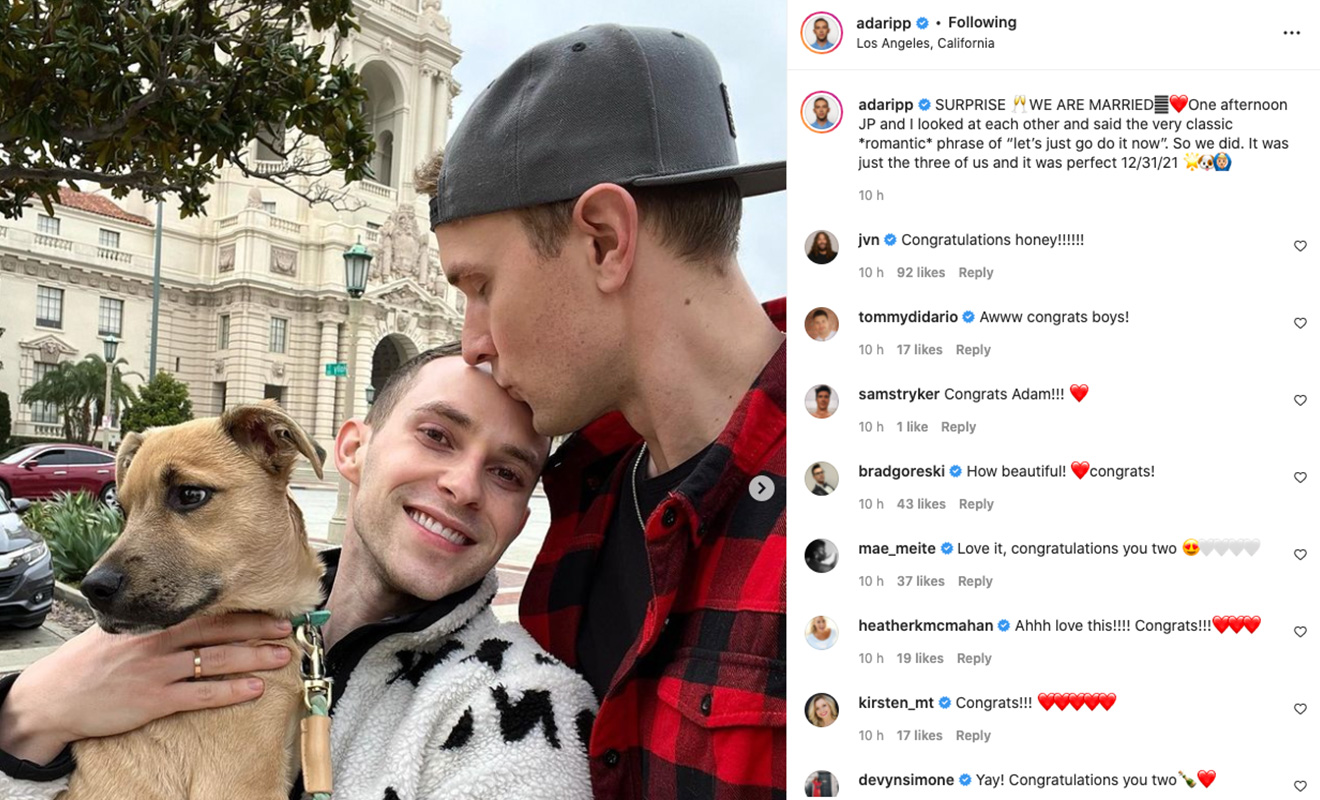 The Olympic figure skater who won our hearts with his grace and charm has just announced his marriage to fiancé Jussi-Pekka Kajaala, which occurred on New Year’s Eve, reports NBC News.

Rippon announced his marriage to his partner via an Instagram post captioned “SURPRISE WE ARE MARRIED”. According to the post, the wedding ceremony was kept small with the newly-weds and their pit bull Tony.

The pair are known for not having a hugely public presence, preferring instead to keep their private lives just that – private. The couple have been termed “low-key” by many and these surprise nuptials have proven this to be true. They met in 2017 when Rippon was in Finland for a skating competition.

“We always wanted to do something simple and just the two of us,” says Rippon. After reaching out to a California marriage officiant, the pair found an availability for that very day.

Reportedly, the decision to get wed on New Years was less a case of wanting to have it be on the cusp of the new year and more to do with being too in love to wait longer. “We had some plans for the date, but then we just decided to do it sooner because New Year’s Eve is not a big thing for us. We’re in bed like 10:30,” says Kajaala.

Giving his final thoughts to People, Rippon says, “I think that’s a tell-tale sign of being in a good marriage is I’m glad I did it. That’s my official quote: How do you feel? I’m glad I did it”.