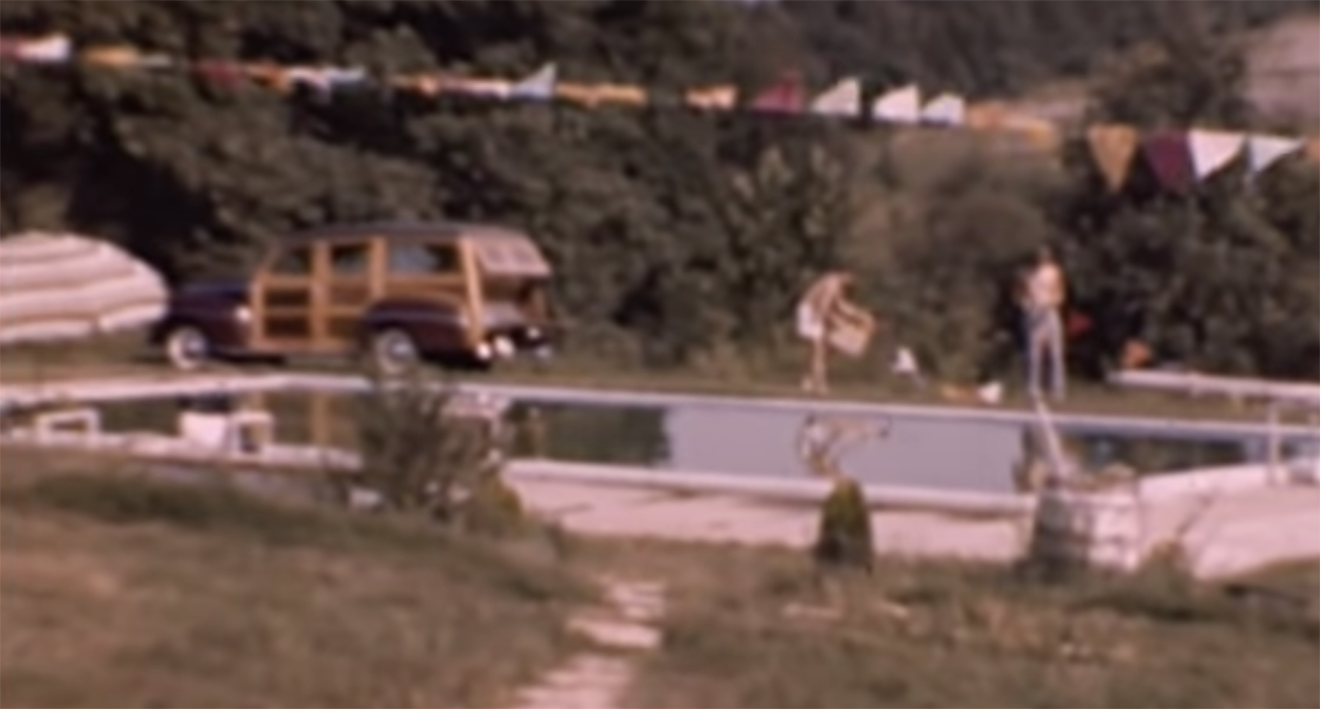 The discovery of two antique film reels has inspired filmmaker Geoff Story to produce a documentary titled Gay Home Movie that depicts gay life prior to the gay rights movement.

In 1996, Story purchased the two film reels at the estate sale of Buddy Walton who, in the 1940s, was a hairdresser servicing celebrities. Drawn to the “a gay party” written on the label of reels, Story wondered whether the term gay meant a happy time or homosexual.

It didn’t take long for him to find out. When he watched the 22 minutes of footage on the reels he discovered men in drag, uniformed soldiers kissing, and men casually sunbathing and swimming in the pool located in a remote part of Missouri. Story’s research estimates the footage was taken between 1943 and 1945; well before the famous Stonewall riots.

In an interview with Huffington Post Story said, “The first thing I saw was a man in drag, sashaying towards the camera, cigarette in hand.”

“I didn’t know who the owners were; it was all out of context. I didn’t know how old the film was, but I knew that it was something special. I don’t know how comfortable I’d be having a party today in some parts of rural Missouri,” Story said.

Since coming across the film Story has been piecing together the history of the pool party and identifying the men.

Story’s co-director, Beth Prusaczyk became involved in the project in 2017 after she was shown the footage, which Story had digitised.

“I think we both naïvely thought this would be a weekend project,” said Prusaczyk. “I thought, ‘I’ll Google this tomorrow and give Geoff a location and the names.’ Two years later, it’s turned out not to be an easy mystery to solve.”

Story and Prusaczyk told The Huffington Post they have identified some of the men in the film with friends and family members of the men coming forward to be interviewed giving the documentary a human angle the pair had not expected.

“I thought we were going to have a lot of doors shut in our face,” he said, noting that the interviewees “were not ashamed or embarrassed” at seeing their male relatives in the midst of revelry at a time when such relationships could get them ostracised. Noting that Gay Home Movie will incorporate the “hardships” and “ugly side” of the pre-Stonewall era, he added, “It’s become a story about family, friends and unconditional love.”

Gay Home Movie is expected to be released in 2020 and will be Story’s directorial debut. Story and Prusaczyk have created a website with screenshots of the men in the hope that they will come forward to be interviewed. As for the pool, it has long disappeared, but the pair were able to locate it after scanning property deeds and zoning office records to approximately 63 kilometres south of St Lois.