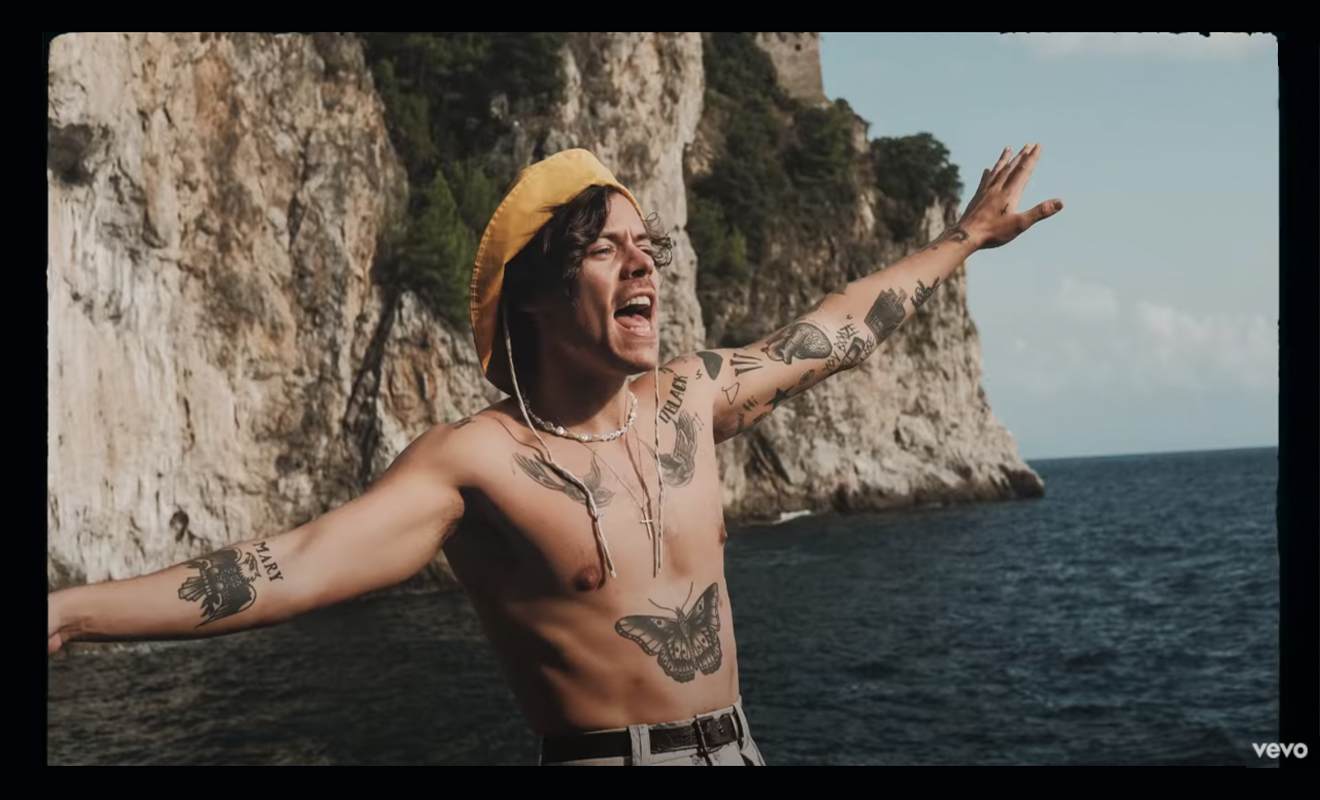 Behind the scenes of Harry's Golden video (Screencapture via Youtube)

Harry Styles and his co-star David Dawson will film a number of nude sex scenes that will look “as real as possible,” reports The Daily Mail.

Styles is currently filming for the up-coming movie My Policeman. Set in 1950’s England when homosexual acts were illegal, Styles plays a gay policeman who has a secret affair and falls in love with a museum curator, played by Dawson.

It’s reported that two sex scenes between the pair will be filmed, along with a nude solo scene of Styles. “Not much is going to be left to the imagination,” reports The Daily Mail.

Styles has been an outspoken advocate for the LGBTQIA+ community in recent years, regularly waving pride flags at concerts and raising money for a number of LGBTQIA+ organisations. During a 2018 concert in Los Angeles, Styles said on stage, “we’re all a little bit gay, aren’t we” in response to a sign that read, “I’m gay and I love you.”