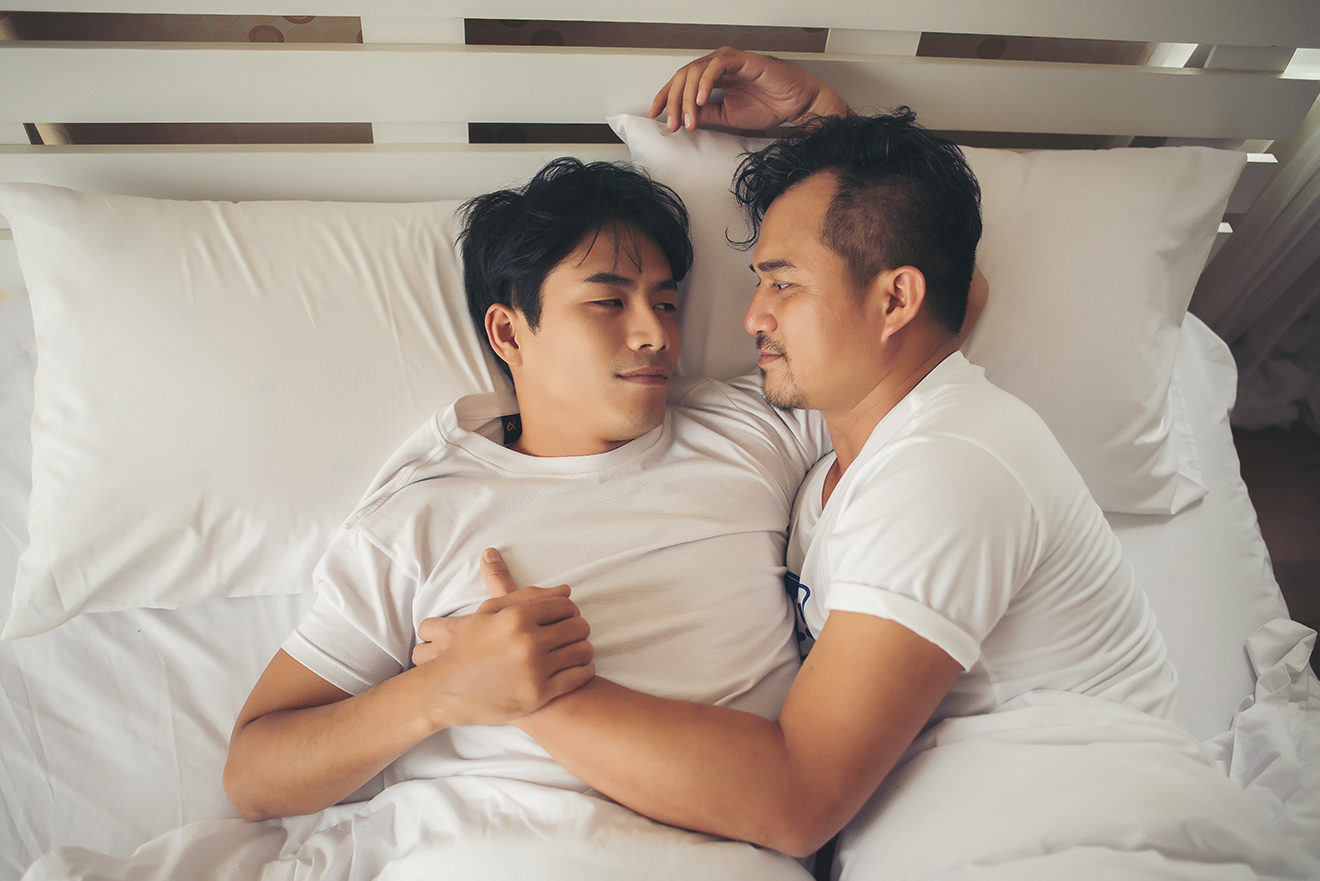 It’s common, it’s treatable and there’s an embarrassment-free way to consult a doctor about it. Premature ejaculation can be solved.

Let’s not lie boys, we’ve all been there: we’re mid-hook-up, pulling out all our best moves as things heat up, only to find that we’ve overdone it and taken things too hot, way before any of the real action starts. Mid clean up, embarrassed apologies are exchanged, as both guys internally debate whether it is worth staying to try again in the morning, or leaving to forget about it before said morning appears.

For many men, the odd experience of PE won’t be anything to worry about. Anxiety, stress and alcohol can all play a part. Further to this, with many of us having been locked down and out of clubs and saunas, the pent-up excitement of our first hook-up could also be a cause. But if the issue is more persistent, PE is something to pay attention to.

The main symptom of premature ejaculation is the inability to delay ejaculation for more than one minute after penetration. However, this rather “top” orientated definition has recently been expanded to include any form of ejaculation that occurs much earlier than desired, over which the sufferer has little or no voluntary control.

PE can either be a lifelong issue (primary PE), or it can be acquired long after the first sexual encounter (secondary PE). While a huge range of possible causes for both of these forms of PE have been postulated, many scientific studies are very quick to point out that most of these theories are not based in evidence. For example, some psychological theories speculate about the effect of childhood experiences, anxiety, sexual technique, and the frequency of sexual activity.

On the other hand, biological theories often include references to penile hypersensitivity, central neurotransmitter levels and the level of sex hormones. This final theory has recently been strengthened by a study published in the Journal Of Sexual Medicine, which looked at the genes of nearly 200 Dutch men who climaxed too soon during intercourse and found that many of them had a specific version of a gene that controls the hormone serotonin. This genetic difference is thought to be a cause behind primary PE, but more studies are need in order to be certain. There is also mounting evidence that erectile dysfunction is linked to secondary premature ejaculation.

With so many proposed causes, there are equally many proposed solutions. For example, given that anxiety appears to be quite tightly linked to PE, psychosexual counselling is often used as a treatment, and there’s mounting evidence of its short-term efficacy.

Further to this, just last year, the University Of California published the results of a landmark study that they carried out on 6,000 cyclists, runners and swimmers, which showed that the more often a participant exercised, the better their sexual functioning. Running had the biggest impact, reducing the likelihood of erectile problems by as much as 23 per cent in those men who ran more than four hours a week. The researchers noted that this was not a particularly surprising result, as numerous other studies have highlighted a strong connection between physical fitness, psychological wellbeing and sexual health.

Various pharmacological treatments have also recently come to be accepted as highly effective treatments for premature ejaculation. For example, a substantial number of randomized, double-blind, placebo-controlled studies have shown the efficacy of taking selective serotonin reuptake inhibitors (SSRIs) daily on delaying ejaculation. (SSRIs are a class of drug most commonly used to treat depression). Other studies have found a separate type of drug that can be taken on demand, when it is required, which can significantly delay ejaculation, while a whole host of other studies have pointed towards the use of topical local anaesthetics that can successfully reduce penile sensitivity and thus delay ejaculation.

Each proposed treatment comes with its own advantages and disadvantages, which are obviously best discussed with your healthcare provider. However, because of the stigma and embarrassment associated with premature ejaculation, many men actively avoid speaking to their doctors about it. While in the long term, we should all aim to tackle and dismantle the stigma attached to many of the diseases we suffer from, in the shorter term, there is thankfully a solution.

Pilot is an online, healthcare platform that directly connects patients to doctors, through a secure and confidential website. The service was specifically set up to tackle the more stigmatised health issues that affect men, such as PE, hair loss and erectile dysfunction. Upon visiting the website, you are directed to fill out a health questionnaire, targeted specifically around PE, which is then sent to one of Pilot’s team of doctors. They personally review all of the information that you provide and will then respond within 24 hours to obtain any further info they may require.

Then, should you be eligible, the doctor can prescribe the PE treatment that is best suited to you and your situation. And because Pilot has teamed up with numerous Australian pharmacies, you needn’t even leave the house to pick up the prescription. Instead, all prescriptions are sent out in discreet packaging, direct to your door. As stated by co-founder Benny Kleist, “we’ve taken away all the inconvenience and all the embarrassment of a visit to the doctor so there is no excuse.” With the, hopefully, imminent return to normality, there is also no better a time to get PE sorted. After all, when clubs and saunas are finally reopened, it’d be a shame to have something like PE holding you back from enjoying the fun!