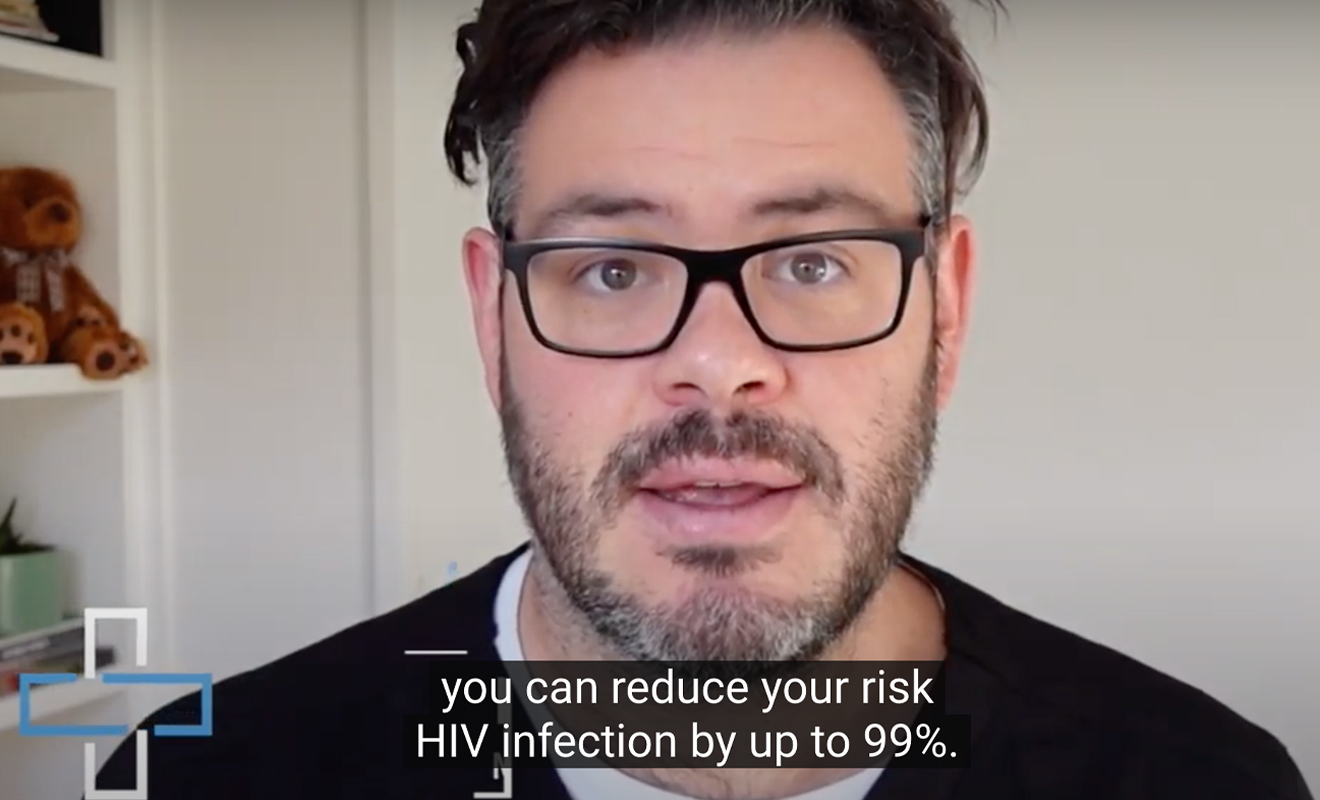 On December 1, World AIDS Day, we remember those lost to the HIV/AIDS pandemic and we ensure we are bringing awareness of HIV/AIDS.

In recent years, PrEP (Pre-Exposure Prophylaxis) has been a game-changing medication preventing the spread of HIV. What is it and how does it work?

On his Youtube channel, Adelaide GP, Dr Lane Hinchcliffe delivers a helpful and engaging video to help everyone understand all about PrEP.

“The HIV/AIDS epidemic of the late 1980s/early ’90s was a very dark time in our history that must not be forgotten,” Dr Hinchcliffe tells DNA. “World AIDS day is important for remembrance,” he says.

“HIV and AIDS continue to cause devastation worldwide, particularly in continents such as Africa where the prevalence of HIV is high and treatment availability is low. People seem shocked to hear that children are being orphaned or even dying themselves of HIV/AIDS in these parts of the world. It is time we raised awareness and everyone should know the impact that this is having and why a global response is crucial”.

How Does PrEP Work?

The drug used proactively to prevent contracting HIV is called PrEP. It stands for Pre-Exposure Prophylaxis and it works by attacking the HIV virus in the body. Dr Hinchcliffe explains that PrEP has a 99% effectiveness rate for preventing a user from contracting HIV. Although, he is very clear that this is not a cure for HIV and a cure does not currently exist.

PrEP is designed to be taken as a preventative drug which severely diminishes the potential for someone transmitting the virus to you. In this video, Dr Hinchcliffe says that people opt in to taking PrEP because although there are equally effective treatments for post-exposure individuals, not every person with HIV chooses to undergo treatment and there are some who are unaware of having HIV in the first place.

“PrEP has been revolutionary in the prevention of HIV transmission,” says Dr Hinchcliffe. “We know that when taken daily it is highly effective in preventing HIV transmission – even more effective than condoms. Unfortunately, many people don’t know it exists or how to access it so we need to do more work in this area”.

Who Is Eligible For PrEP?

While HIV has become relatively uncommon, compared to the last 30 years, Dr Hinchcliffe says, “most of the new cases we do see tend to be in men who have sex with men, people who use needles to inject drugs or heterosexual encounters involving individuals from a high risk country such as parts of South-East Asia or Africa.”

In Australia, there are no restrictions on who can get PrEP. It can be prescribed by any GP and is available from pharmacies. “If you have a medicare card, PrEP is subsidised through the PBS and is available from most pharmacies for about $30 a month. You can also buy PrEP online for about $17 a month… buying online is a great option for people living in Australia without medicare cards,” says Dr Hinchcliffe.

There is no cure for HIV yet and although PrEP has made a massive contribution to the life expectancy of HIV- positive people, it’s still very important that we remember HIV is still present and dangerous if not acknowledged.

Can we ever expect a cure? “It’s hard to say,” says Dr Hinchcliffe, “but never say never! In the past 20 years alone, research in this area has exploded. HIV is no longer considered a terminal condition, provided it is treated. PrEP has allowed us to better prevent transmission, akin to vaccination.”