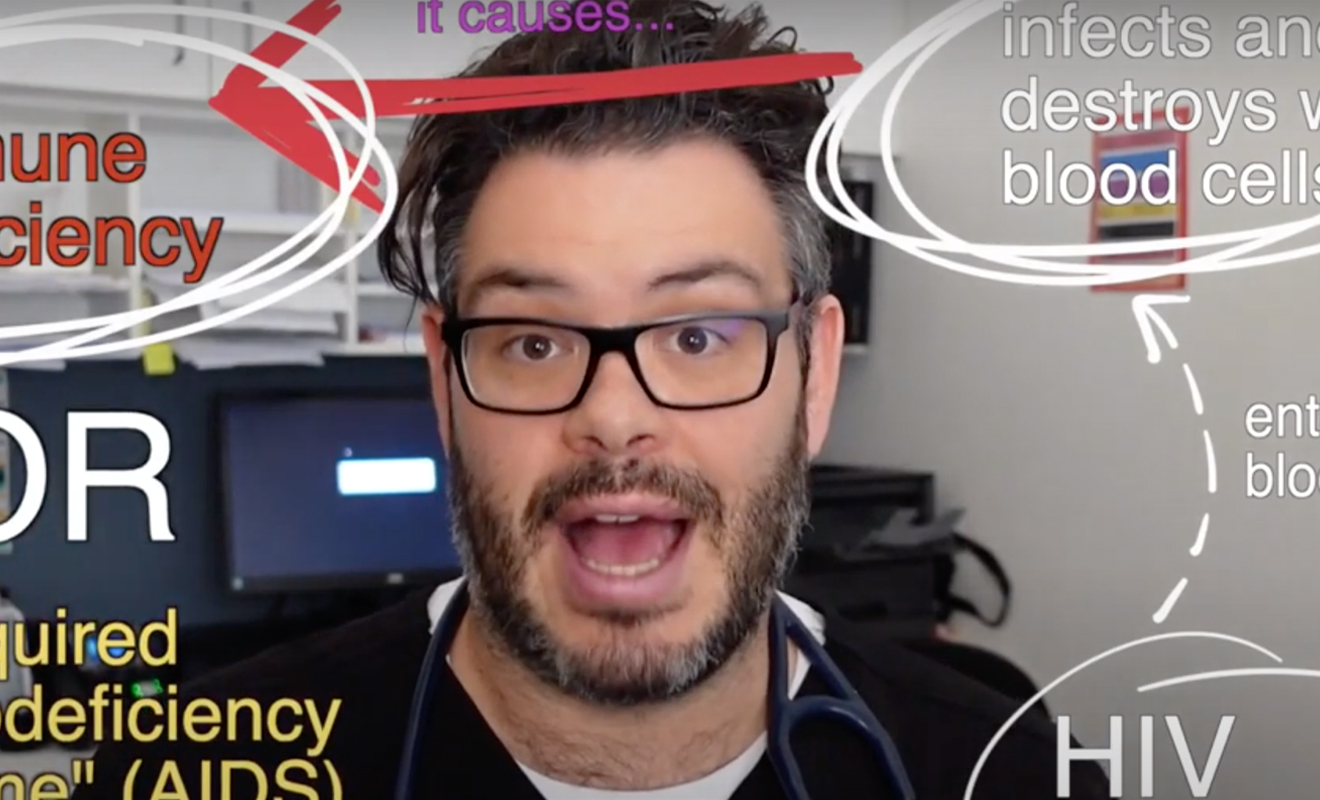 On December 1, we mark World AIDS Day and bring awareness to HIV/AIDS as well as remember those who were lost to the pandemic.

Despite all we know about HIV and AIDS, it’s a subject that has been clouded by misinformation and stigma. Dr Lane Hinchcliffe, an Adelaide GP, started a Youtube series in the hopes of debunking some of these misunderstandings and bring greater awareness.

In his videos, Dr Hinchcliffe provides facts and explanations that are accessible, engaging and easy to understand.

“I’ve only been a YouTuber for about eight months now,” he tells DNA, “but I hope to grow and to help young guys learn more about their health in a fun and factual way, so they feel good about themselves,” he says.

In a video titled HIV And AIDS – Understanding The Difference, Dr Hinchcliffe runs through some of the relevant essential information.

One of his first points is that HIV and AIDS are not the same thing. Some people think that if you have HIV you automatically have AIDS. This is not the case.

“What happens with HIV is that it attacks white blood cells so if left untreated those white blood cell levels can drop so far in your blood that people can become really prone to infection,” says Dr Hinchcliffe.

The third important message is that PrEP is the best preventative measure we have for combating HIV. Many people are unaware that PrEP is an option that safeguards you against transmission of HIV.

Why Make These Videos

“My YouTube channel exists to provide fun and factual health education with a focus on adolescent health,” Dr Hinchcliffe told DNA. “I guess I was inspired because I found so many young men presenting with the same questions about PrEP but also I think there is a lot of public misunderstanding about HIV and AIDS that needs to be addressed,” he says.

“We don’t have a cure for HIV so I feel it’s very important we don’t forget that HIV still exists. In parts of the world it is still very prevalent. We need to be doing more research and putting more funding into finding a cure for HIV.”

For more information about HIV/AIDS, you can read our article outlining the various resources available, or alternatively you can visit Dr. Lane’s Youtube channel.