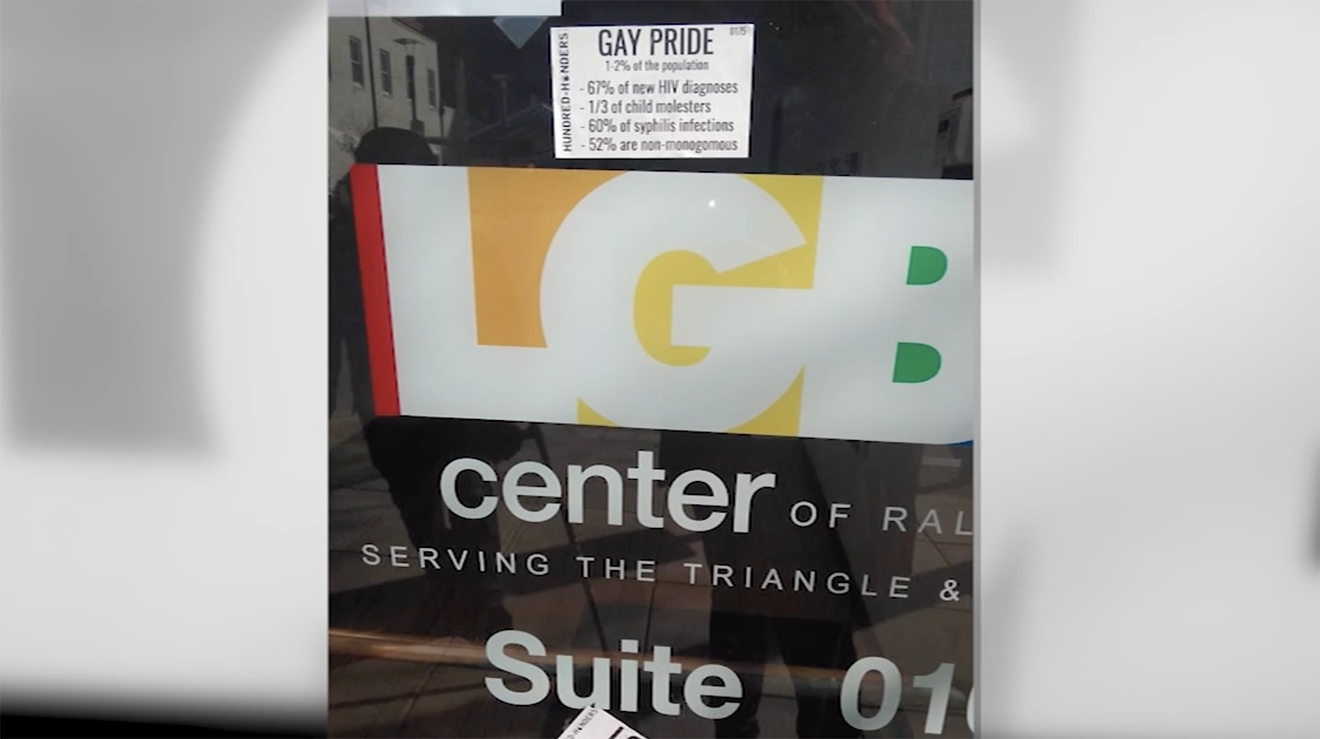 Homophobic stickers were smeared across the front windows of the LGBT Centre of Raleigh in North Carolina in an attack on the city’s LGBTIQ community recently.

The stickers promoted statistics and information that were either inflammatory or untrue.

Another sticker read that LGBTQ people are “so oppressed they enjoy global corporate sponsorship while being celebrated…” while claiming that LGBTQs “push their agenda on our children.”

According to The Advocate, the stickers are part of a growing backlash against Raleigh’s monthly Drag Queen Story Hour events that feature a drag queen reading stories to children.

Event coordinator, Elise Chenoweth told WTVD protests over the events, held since June 2019, have recently flared up after calming down last year.

“They’re coming to every event no matter where we go. We bring stories of inclusion, diversity and kindness to children all over the area in Raleigh and surrounding areas. It’s disappointing to me that these kids can’t just go to a story hour and just enjoy it without having to walk past a bunch of people,” Chenoweth said.

Chenoweth added that they’re choosing “not to engage any of the protestors,” saying they instead “turn our backs to them and put positivity on our faces.”

“Our hope is always that, of course, it stays to stickers and words,” Lindsey Lughes, executive director of the LGBT Centre of Raleigh, said to WTVD. “We take safety precautions here at the centre, of course, to make sure that we’re prepared if it ever, if anybody ever were to try to escalate any of these things… It’s just a reminder of why it’s so important for us to continue to do the work we do to fight the prejudice that LGBTQ people face all the time.”

“They say really inflammatory, completely inaccurate statistics,” Lughes added. “A lot of the old tropes that we now know in 2020 are not true, but things about LGBTQ folks being more likely to contract HIV or harm children, all of that has been wildly, over and over again debunked… They’re spreading inaccurate things. It’s about the fact that this has a real impact on the LGBTQ+ people who see them.”