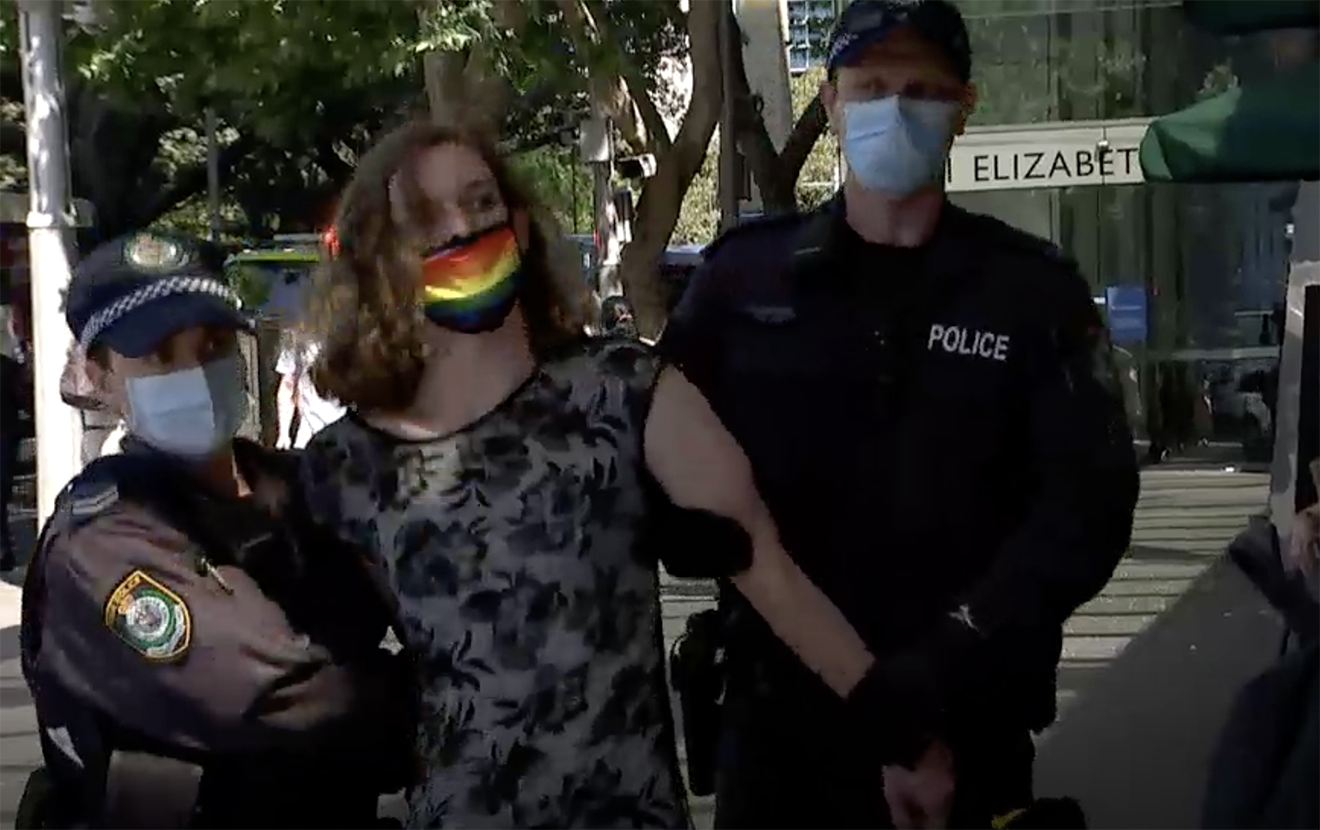 Organisers of the rally, banned due to COVID-19 health restrictions, said over 300 people attended to voice their concerns about the legislation introduced by Mark Latham from the right-wing One Nation Party.

There were scuffles between protestors and the NSW police, with a 19-year-old woman being arrested and charged with resisting or hindering police and not complying with the COVID-19 public health order.

Last Friday the NSW Supreme Court ruled in the favour of the police who argued the protest was a risk to the public health.

April Holcombe, from rally organiser Community Action For Rainbow Rights, said thousands of dollars’ worth of fines had been issued in protests to date, despite people being allowed to assemble on beaches, football stadiums and shopping centres.

Activists were protesting against the legislation which, if passed would change the Education Act to ensure that schools “recognise that parents are primarily responsible for the development and formation of moral and ethical standards” in their children.

It would “prohibit schools, teachers and training course from teaching gender fluidity”.