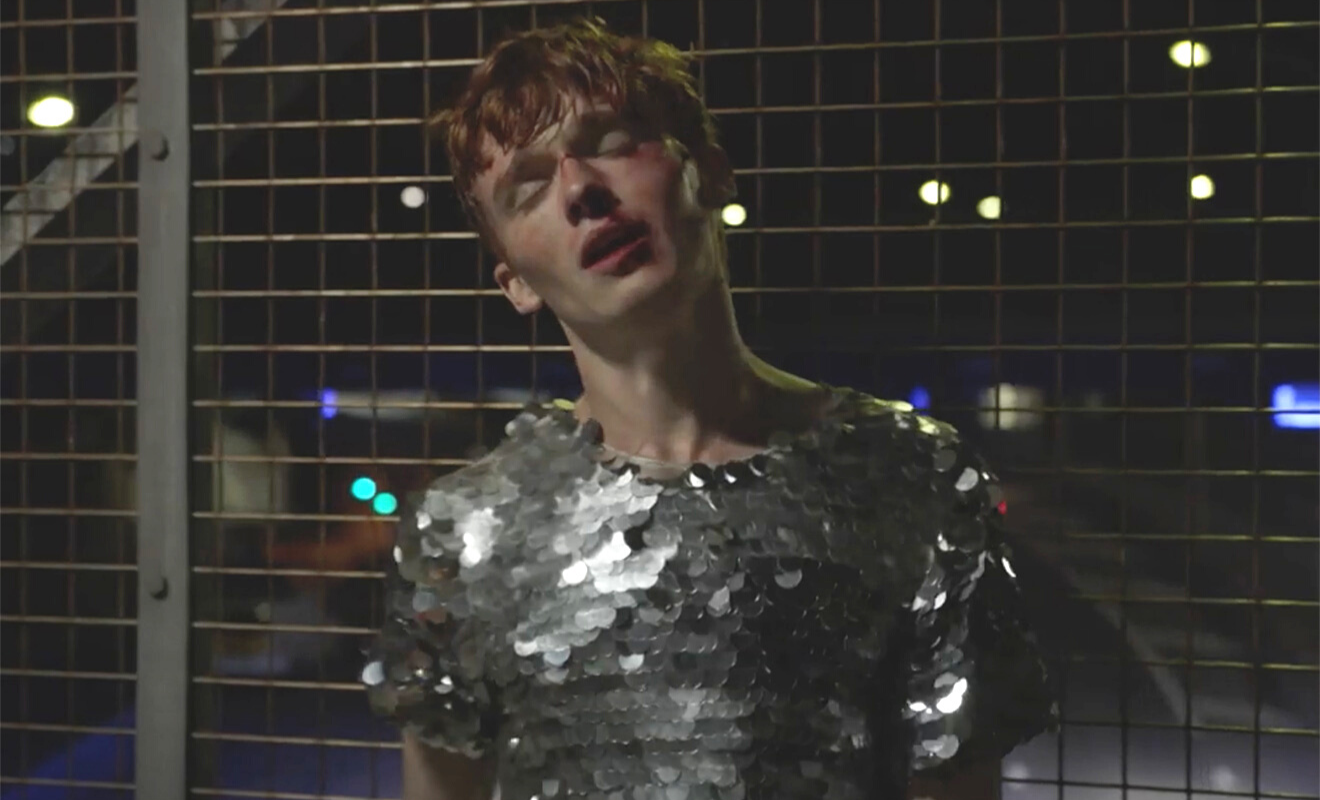 A gay teenager’s obsession with hooking up is the spark that ignites Australian LGBTIQA feature, Sequin In A Blue Room.

Newcomer Conor Leach plays a 16-year-old who uses Anon, a fictional gay hook-up app, to have casual sex under the alias Sequin.

Wearing a sequin top at each encounter, Sequin is invited to an anonymous sex party held in the Blue Room. At the party he briefly connects with a stranger who he separates from suddenly.

Following the encounter, Sequin becomes obsessed with the mystery man and goes on an exciting but dangerous mission to find him.

Sequin In A Blue Room, is the directorial debut of Samuel Van Grinsven. The coming of age thriller was inspired by a mental picture Van Grinsven had of a glowing blue room.

“It was just a picture that I have no idea how it ended up in my head, still to this day,” Van Grinsven said at the Melbourne International Film Festival.

“Eventually the blue room turned into something between a private sex party which you would see in the drug scene of London, mixed with something that is very much a part of our history, like gay saunas,” Van Grinsven said.

Samuel Van Grinsven said hook-up apps like Grindr were a “really crucial” part of his own coming of age.

“I wouldn’t have known that these feelings I was feeling were normal, if it weren’t for apps and social media,” he said.

“And yes, there’s the dark side that comes with that, which we see in Sequin.”

The film won an Audience Award at this year’s Sydney Film Festival. It was also nominated for an AACTA award last December.

Sequin In A Blue Room is streaming on Amazon Prime. Watch the trailer below.