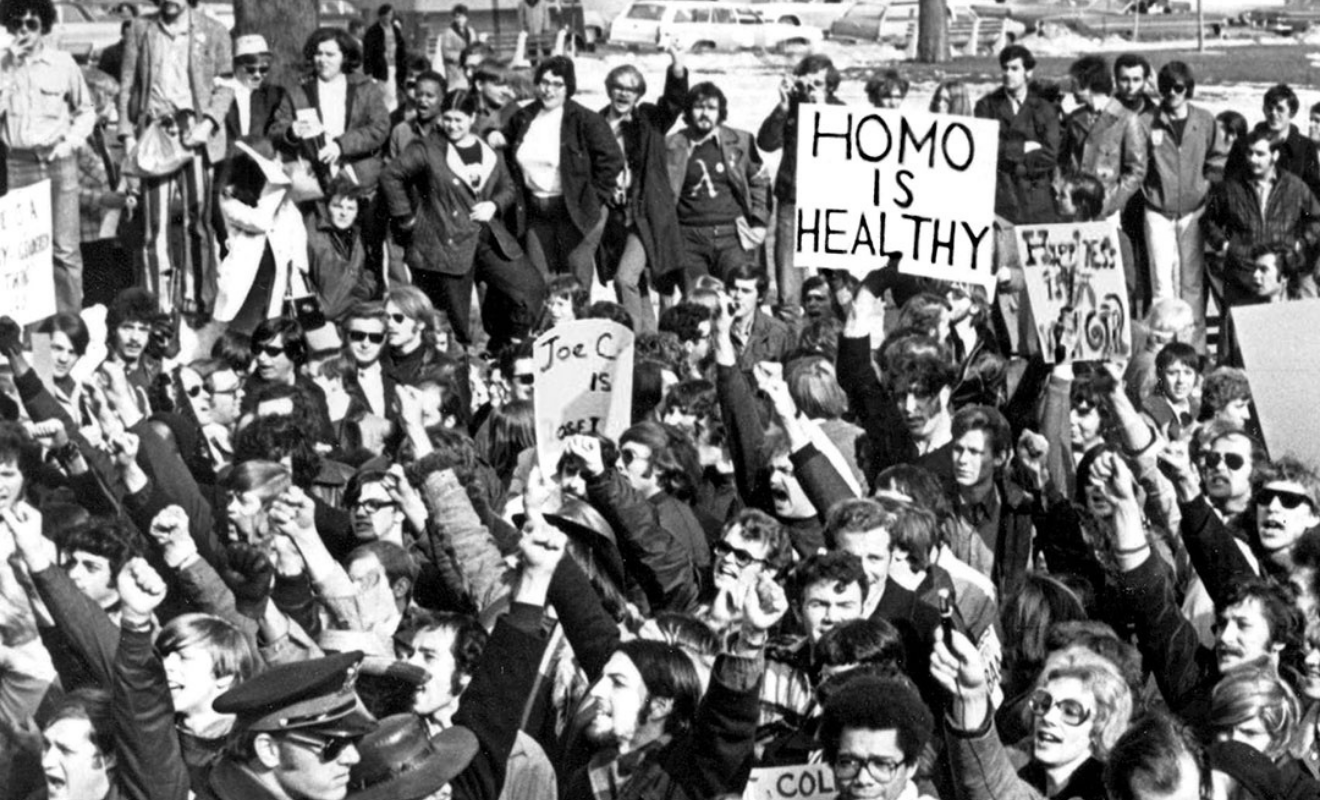 There are heaps of interesting gay-themed docos and feature films to catch up on, which is a tribute to the tenacity of film producers and festival organisers after last year’s worldwide lockdowns. Here’s our pick of what to seek out at two festivals beginning this week.

“They can be anywhere. They can be judges, teachers. We’ve arrested all of them. And if we catch you with a homosexual, your parents are going to know about it first.”

As intended, the primary-school kids in archival vision at the start of this doco are shit-scared into a life of intolerance and denial. Gay or straight, these kids will spend the next decades unlearning what’s been drummed into them.

That mass indoctrination was perhaps as bad as other more targeted efforts for a cure, starting with clinical counselling and moving onto aversion therapy, years-long institutionalisation, electro-shock, castration and finally lobotomy. One father beat his son with bricks, Old Testament-style.

This is a horrifying account of 1960s treatment of gays, based on the official psychologists’ ruling that homosexuality was a sickness and gays needed a cure.

Oh, but the ironies…

Psychologist Dr Charles Socarides wrote the gay-cure textbook (dedicated to his son and daughter). But, says son Richard: “Dad was downstairs curing gays and I was upstairs being very gay!” Charles never recanted and Richard ended up as Bill Clinton’s principal adviser on gay rights.

This is a film that gets it right on both levels – the subject matter is impeccably researched and it’s beautifully, powerfully presented. There are quite a few worthy docos in the MGFF this year. This one is absolutely the best. Written, produced and directed by Patrick Sammon and Bennett Singer. (2020, 82 mins)

Ron Rifkin, who was outstanding as HIV-positive uncle Saul on Brothers And Sisters also popped up in the latest A Star Is Born. He brings sensitivity and strength to this interesting, if ponderous, account of young, gay Jewish David, Rifkin’s screen grandson, who’s trying to come out while navigating his Jewish heritage and what threads of his faith his conscience will let him hang onto.

In Brooklyn, 1986, it’s not an easy balancing act. David’s world is a combination of the shul and his uncle’s unit on the one hand and the gay bar and sauna on the other with seemingly no common ground. Both worlds are haunted, one by the looming spectre of AIDS, the other by the memory of the Holocaust.

At the bar, someone reads James Baldwin’s Giovanni’s Room. David tracks it down at the library, then, echoing the novel’s plot, loses his own virginity to the guy from the bar.

The graphic sex contrasts with his grandfather’s staid world where everything is reduced to what’s “in the Book”. There’s little encouragement in the Torah for David’s emerging identity.

A minyan is a Jewish quorum of, traditionally, 10 men for certain events. At the end, an elder brings a ray of hope, saying: “Thieves, adulterers, homosexuals – I take them all. Without them we would never have our minyan.” (2020, 118 min, rating Exempt)

After some years living in the States post-graduation, Van (Lanh Thanh) arrives back home in Vietnam with his Vietnamese American friend Ian (Vo Dien Gia Huy). We realise he’s more than a “friend” and so, too, do some of the family.

Most delightful is grandma (Nsut Le Thien) who’s supportive after forcing the truth out of Van. Other relatives want Van to “bring a lady for mother to approve”. But Van’s widowed mum (Hong Dao) isn’t so fussy these days: “This is not a time to be picky!”

Things get awkward at the family memorial service where Uncle Tam pushes Van to announce his wedding but grandma steals the scene by announcing Van’s engagement to Ian. She gets carted off. Later, thugs gay-bash Van but grandma beats them off with a stick.

This is a nice film with heart, giving a Vietnamese perspective to the familiar story of families accepting (or not) their gay sons. It has lots of lovely moments, one of the best elements being the beautiful out-song over the end titles. It’s sung in Vietnamese but is clearly a heart-rending love ballad. It’s sung by a male voice just after Van and Ian fly out, having promised to start the paperwork to bring Van’s ill mother to live with them in the States. “It will probably take only two years,” Van says. “Goodbye mother.” (2019, 106 mins, Vietnamese with subtitles)

Pak (Tai-Bo), 70, is a Hong Kong taxi-driver and after driving his cab for 18 hours a day for 20 years he wants a little me time. He starts cruising and regularly meets up with another older guy, Hoi (Ben Yuen), 65.

Pak’s daughter is being married off, regrettably to a bridegroom who can’t afford the wedding. But that’s not his wife’s only problem when she catches an exchange of glances between Pak and Hoi at the wedding.

This film captures the conflict between private longings and public expectations, all nuanced by the perspective of men growing older and running out of time to find fulfilment – most strongly illustrated by the senior gay men’s group who want a dedicated retirement home but no one can lobby for it because they’re all closeted.

The film could be pacier and the unresolved ending leaves things high and dry. But full marks for asking how old do you have to be before you pay the price and come out? (2019, 92 mins, Cantonese with subtitles)

This is a difficult film. The main characters are not immediately likeable, though you’ll come to admire them. The key to the title is not to ask “what gets under my skin?” but “what is under my skin?” There’s a big difference.

The main character, Denny, is a weird girl, who slaps paint all over the wall of the apartment, rips the cupboard door off its hinges, shaves her head. Her boyfriend Ryan is patient, almost to a fault, as she seemingly makes no effort to bring him into her private world where, clearly, something serious is happening.

She gradually transforms her appearance into something more traditionally masculine. Ryan finally catches her putting on a binder. Double-take. Blinding flash. He exits the room without a word.

Her transition is well under way before he even has a clue. She’s been changing under his nose, not cheating behind his back. Still: “I wish there was a way to tell you,” she says, with pain. It’s then our own sympathies pour out towards her, and to Ryan.

Four non-binary or trans/non-binary actors play the central character, Denny, underpinning the fluid nature of multi-faceted self, or gender. Certainly, the pronoun “they” has never been more clearly demonstrated. It also makes the film confusing; okay, life can be so. For some more than others, life is a bloody hard struggle. Australian writer-director David O’Donnell captures that. (2020, 97 mins)

Where To Catch them: