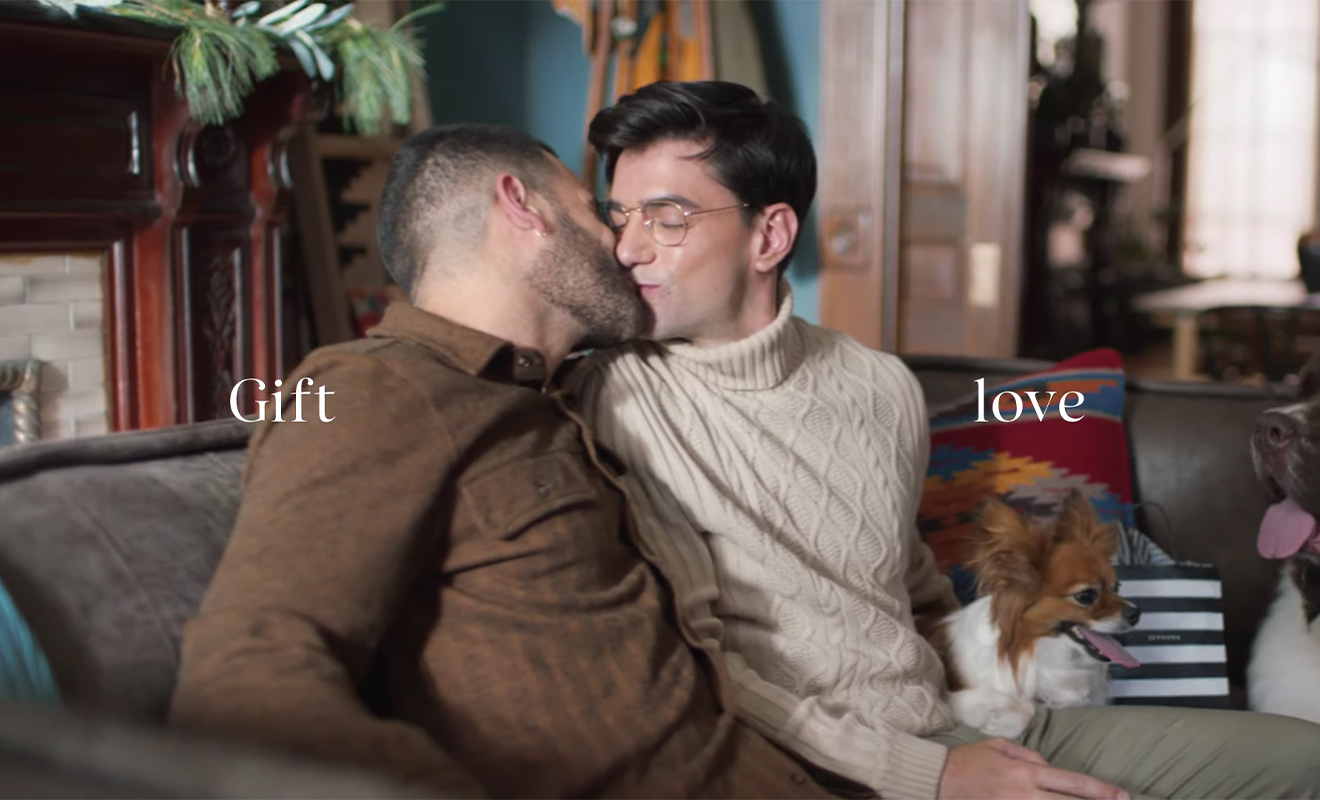 Sephora It's The Beauty You Give Campaign (Screencapture via YouTube)

Sephora’s holiday ad campaign titled It’s The Beauty You Give features tableaus of happy people gifting each other items from the Sephora range. One of the couples featured are two gay men and the conservative Christian group One Million Moms is not happy, reports Out.

THAT’S NOT VERY FESTIVE OF YOU, KAREN

As with most major brands, Sephora has made a concerted effort to include a variety of representations in their campaign this year and the very PG-rated ad merely shows the gay couple kiss. They’re wearing knitted sweaters surrounded by puppies, by the way.

According to Out, One Million Moms director Monica Cole has come out and labelled the ad the latest attack in the culture war against Christian values. “Sephora, a company that sells cosmetics, beauty products, and fragrances, has really crossed the line by featuring two gay men in its newest commercial,” says Cole.

I’m pretty sure we all knew the gift wasn’t from the dogs, Monica.

THE GAYS ARE RUINING CHRISTMAS

The group have formed an online petition accusing the ad of glamorising sin and are now imploring their followers to sign it. Monica Cole says, “Promoting same-sex relationships should have nothing to do with marketing makeup and skincare products, yet Sephora wants to make it clear where it stands on this controversial topic instead of remaining neutral in the culture war.”

That “culture war” being mentioned boils down to LGBTQIA+ people wanting equal visibility and Monica Cole and her “moms” not liking it. The One Million Moms petition has just under 13,000 signatures (at the time of writing) proving that even wholesome, heteronormative representations of queer people will attract dissatisfaction.

Proving consistent, One Million Moms also launched their own campaign earlier this year protesting a gay couple being featured in an ad for a mattress. The group titled the ad “sinful” when the content was more or less as innocuous as the Sephora ad.

We are left wondering, what is the endgame for One Million Moms? To completely erase the existence of LGBTQIA+ from media? Or give free media space to companies like Sephora when media like DNA cover their pointless protests! Now that feels like the holiday spirit to us.